George Soros in his own words

Why I’m Investing $500 Million in Migrants 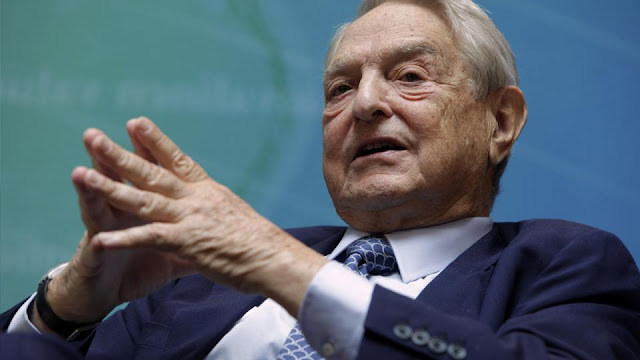 The world has been unsettled by a surge in forced migration. Tens of millions of people are on the move, fleeing their home countries in search of a better life abroad. Some are escaping civil war or an oppressive regime; others are forced out by extreme poverty, lured by the possibility of economic advancement for themselves and their families.

Our collective failure to develop and implement effective policies to handle the increased flow has contributed greatly to human misery and political instability—both in countries people are fleeing and in the countries that host them, willingly or not. Migrants are often forced into lives of idle despair, while host countries fail to reap the proven benefit that greater integration could bring.

Governments must play the leading role in addressing this crisis by creating and sustaining adequate physical and social infrastructure for migrants and refugees. But harnessing the power of the private sector is also critical.

Recognizing this, the Obama administration recently launched a “Call to Action” asking U.S. companies to play a bigger role in meeting the challenges posed by forced migration. Today, private-sector leaders are assembling at the United Nations to make concrete commitments to help solve the problem.

In response, I have decided to earmark $500 million for investments that specifically address the needs of migrants, refugees and host communities. I will invest in startups, established companies, social-impact initiatives and businesses founded by migrants and refugees themselves. Although my main concern is to help migrants and refugees arriving in Europe, I will be looking for good investment ideas that will benefit migrants all over the world.

This commitment of investment equity will complement the philanthropic contributions my foundations have made to address forced migration, a problem we have been working on globally for decades and to which we have dedicated significant financial resources.

We will seek investments in a variety of sectors, among them emerging digital technology, which seems especially promising as a way to provide solutions to the particular problems that dislocated people often face. Advances in this sector can help people gain access more efficiently to government, legal, financial and health services. Private businesses are already investing billions of dollars to develop such services for non-migrant communities.

This is why money now moves instantaneously from one mobile wallet to another, drivers find customers by using only a cellphone, and how a doctor in North America can see a patient in Africa in real time. Customizing and extending these innovations to serve migrants will help improve the quality of life for millions around the world.

All of the investments we make will be owned by my nonprofit organization. They are intended to be successful—because I want to show how private capital can play a constructive role helping migrants—and any profits will go to fund programs at the Open Society Foundations, including programs that benefit migrants and refugees.

As longtime champions of civil society, we will be focused on ensuring that our investments lead to products and services that truly benefit migrants and host communities.

We will also work closely with organizations such as the Office of the United Nations High Commissioner for Refugees and the International Rescue Committee to establish principles to guide our investments. Our goal is to harness, for public good, the innovations that only the private sector can provide.

I hope my commitment will inspire other investors to pursue the same mission.

George Soros accomplishes much of his agenda by distributing his wealth to like-minded Marxist front groups and organizations dedicated to social and political change that undermines our system of constitutional law.


George Soros and his 'rented evangelicals' outed by Christian leaders

A new video from the American Association of Evangelicals reveals how George Soros, through his many funding ventures, has been busily infiltrating the Christian base in America to divide, and ultimately conquer, the religious minded within the Republican Party.