Comments on Jami-Lee Ross and Cameron Slater's response on National

On the liberal-left side of the equation Chris Trotter and Martyn Bradbury are the only ones to get this right.

I have come to the conclusion that no one - National Party, media or government are interested in having the full story on Chinese influence in this country and how the Chinese are able to buy MP's, come out.

It is a conspiracy of silence across the entire Establishment. 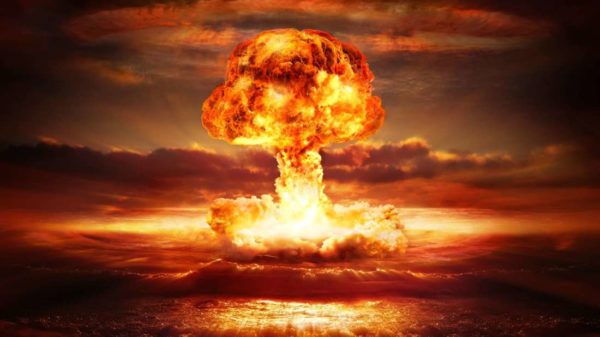 …the use of anonymous sources by Newsroom to smear in the age of #MeToo where accusation is the new evidential threshold and due process is dead was bad enough, to suggest that the full story of National Party complicity in sectioning JLR using leverage from that anonymous smear hit job is breath taking in its audacity and malignant cruelty.

Herald breaks news that Simon Bridges called me, after I already wrote about it in the morning
For some reason, it appears to be bad to care about the life of someone that the National party leadership pushed so hard that he reached the point of making an attempt on his life.
The Daily Blog,
25 October, 2018

If Cameron Slater is to be believed, he has just nuked National.

His astounding claim that the National Party Chief of staff was complicit in the sectioning of Jami-Lee Ross is a page out of Soviet Russia...

Nonetheless, what the phone call revealed to me is that Simon Bridges is scared and that he is lying and covering up.

When I pointed out the logic and the facts behind their shabby put up hit job using Melanie Reid and Newsroom and I asked him about the involvement of his executive assistant and his events manager, he had the audacity to say he knew nothing about their stories until they were published.

When confronted with the fact that two weeks prior to them being published he had used those same stories to try to push Jami-Lee Ross out of parliament but instead put him on sick leave, he still denied he knew about them.

He seriously expects media and people to believe that two of his closest staff members were talking to Melanie Reid for a year about a front bench MP and they said absolutely nothing to him.

He also lied yesterday when he said he knew nothing about the serious incident on Saturday night that lead to the hospitalisation of Jami-Lee Ross. This, of course, belies the involvement of his chief of staff, Jamie Gray, who directly contacted Jami-Lee Ross’ psychiatrist shortly after 9:15 pm on Saturday night. That was after he’d been informed about a serious risk to Jami-Lee’s health by the very same female MP who wanted Jami-Lee Ross dead in an awful text message. So, a National MP called the police, Simon Bridges chief of staff was involved after 9:15 pm and two of his direct report staff members were involved in the hit job, along with the female MP…and Simon Bridges knows nothing?


…the use of anonymous sources by Newsroom to smear in the age of #MeToo where accusation is the new evidential threshold and due process is dead was bad enough, to suggest that the full story of National Party complicity in sectioning JLR using leverage from that anonymous smear hit job is breath taking in its audacity and malignant cruelty.

Cameron is a fairly toxic fellow who may certainly be playing his own game and the benefactor of all of this politically is ultimately Judith Collins – a point Nicky Hager makes as he salutes those media outlets who have kept that focus above all other narratives (the way TDB has) but regardless of the role Slater and Lusk are playing, the manner in which National destroyed JLR and their implied role in his sectioning is actually deeply concerning for a democracy and requires urgent and critical analysis by the media.

You can’t simply section someone off to a mental ward because you are frighted of what they may reveal about you politically. That is a dark day in NZ politics if true.

Over this whole stinking pile of hate remains the fact China attempted to buy two MPs. We must focus on this attempt to hack our sovereignty


Very apropo comments from Chris Trotter.He has penned another article since then- below. 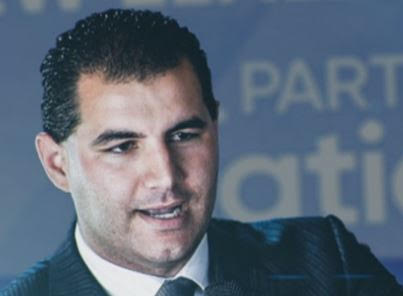 Who has that acid now? Who is in possession of Ross’ property? His family? The unnamed mental health facility detaining him? The Police? The National Party? What, if any, obligation are those holding Ross’s phone, his laptop, his hard-copy files, under to keep them safe from prying eyes? What, if anything, has been happening at Ross’s home and/or his parliamentary and electorate offices in the time that has elapsed since he was taken into state custody? Has anyone come calling? If so, who was it – and what were they after? 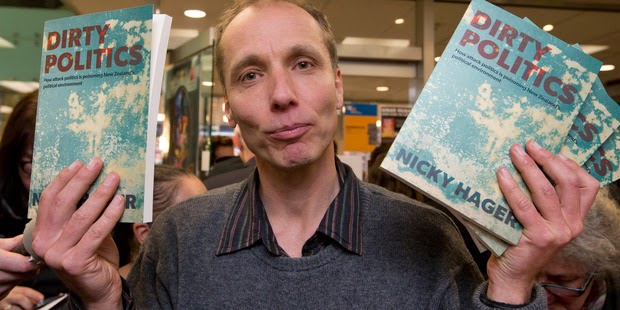 The Jami-Lee Ross saga has prompted many to draw parallels with Dirty Politics, the 2014 exposé of attack politics and tactics emanating from the then prime minister’s office. Here the author of the book argues that it is a stark reminder that our politics remain at risk from the poison of dirty politics.

The Jami-Lee Ross-Simon Bridges spectacle last week will, sadly, confirm some people’s opinion that they don’t like politicians and politics. I’ve talked to those who are thinking exactly that. But the problem isn’t most politicians and politics, which we rely on to have a democratic country. Last week’s spectacle was about a particular, reckless type of politics executed by people who don’t give a damn if their short-term tactics cause long-term harm for the rest of us.

David Fisher of the NZ Herald uses his authority as journalist to use top-down methods to tell us what we should think – along with epithet-adjectives.
The chain of events which put Jami-Lee Ross in mental health care began with a concerning text to a former lover 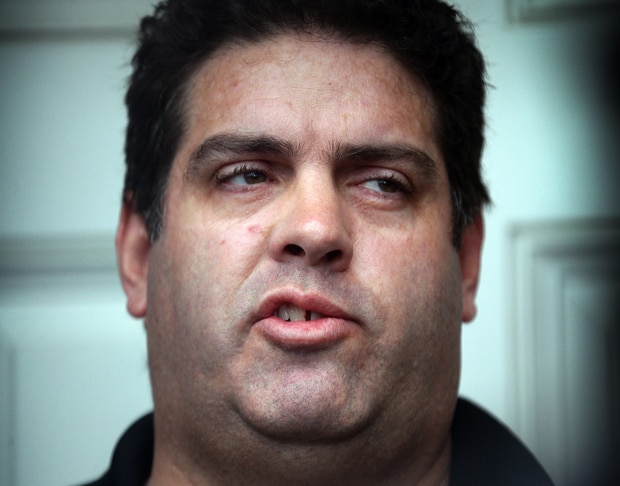 The path to mental health care for unwell MP Jami-Lee Ross appears to have started with a text message to the fellow MP with whom he had an affair.

Through a range of sources, the Herald has been able to untangle the apparent chain of events leading to Ross entering Middlemore Hospital on Saturday evening.

It has revealed a National Party which moved quickly to do what it could for its former MP after he sent a text message to his former lover which appeared to reveal a man in distress.

The events are contrary to those being pushed by Dirty Politics blogger and National Party pariah Cameron Slater, who has emerged as a support person for Ross.

In a series of blog posts, Slater has painted a chain of events he claims shows the party - against which he has many grievances - is responsible for the state of Ross' wellbeing.

Slater has pledged retribution for what he claims has been National's poor handling of Ross. He has done so in blog posts which present knowledge apparently gleaned from the rogue MP.

While specific events presented on his blog have been confirmed, the motivation appears at odds with information discovered from political sources and those who know Slater.

Ross appears to have triggered a series of events which led to a Saturday night hunt for the distressed MP.

It began with a text message that evening to the MP with whom he had been having an extra-marital affair.

The message apparently contained content which gave the woman cause for concern over Ross' wellbeing - so much so she was driven to alert others in the party to its contents.

The concern was relayed to a senior member of Bridges' office. The staff member held contact details for the mental health professional who had previously been in contact with the party on Ross' instructions.

The urgency of the situation drove events quickly, with Bridges' senior staff member contacting the mental health professional to pass on concerns over Ross and his state of mind.

It appears the mental health professional then sought police assistance to track down Ross, who was later taken to Middlemore Hospital. The Herald has been previously told he was committed for assessment and treatment.

On arriving at Middlemore's Tiaho Mai mental health centre, Ross was given a physical health assessment followed by a psychiatric assessment.

The Herald has been told the assessment would have been followed by further psychiatric reviews, which apparently found him able to be released and treated in the community.

Instantly recognisable by staff, of particular concern to Tiaho Mai staff was to keep confidential Ross' personal and medical details.

A spokeswoman from the office of National Party leader Simon Bridges said: "There was no proactive contact with Jami-Lee Ross on Saturday night. When concerns were raised they were dealt with appropriately.

"The National Party is confident that we have followed advice and made the right decisions on matters concerning Jami-Lee Ross."

Bridges contacted Slater after Ross went into care at Middlemore Hospital to offer assurances the party and its members had done all they could for Ross.

Slater, who is a family friend of National's ambitious Papakura MP Judith Collins, has waged war against the party after it cut him adrift when the Dirty Politics book was published in 2014.

The book alleged Slater was the dirty tricks brigade for the Office of the Prime Minister, carrying out hit jobs on political opponents.

Bridges is said to have contacted Slater "to make clear that he acted on appropriate medical advice throughout this process".

Slater confirmed Bridges' reason for the call in a blog post, although said he did not believe its intent.

"He even went so far as to tell me repeatedly that he is a man of integrity," Slater wrote today.

The National Party's concern has extended beyond Ross to others reeling from the impact of the tumultuous week of Ross' exit and its psychiatric sequel.

While Ross is now bound to ongoing mental health support and treatment, there are concerns over the impact of the saga on the sitting MP with whom he was in a relationship.

There are also concerns for his wife, Lucy, after his dramatic unbundling, admissions of affairs and mental health crisis.

Slater today used the focus of the Ross affair to promote posts on his website following the public release of a judgment into the Colin Craig defamation case in which the blogger was both plaintiff and defendant.

The judgment found Slater had defamed Craig but there were no damages to pay. It was one of a number of defamation actions against the blogger slowly moving through the courts.

Police today confirmed the efforts to track down the person who leaked Bridges' expenses included an Official Information Act request from the National Party.

The request sought information from police over the identity of the person who had sent a text message to Bridges and Speaker of the House Trevor Mallard asking an inquiry into their identity be dropped because of their poor mental health.

Police refused to supply any information to National.

The latest from Chris Trotter

Questions, questions, questions: there is still so much that we don’t know about the extraordinary events of the past ten days. And perhaps the most frustrating aspect of the whole saga is how unwilling all but a handful of journalists have been to dig too deeply for the facts the public is so anxious to learn.
Posted by seemorerocks at 13:56