Something big is happening on Mars? 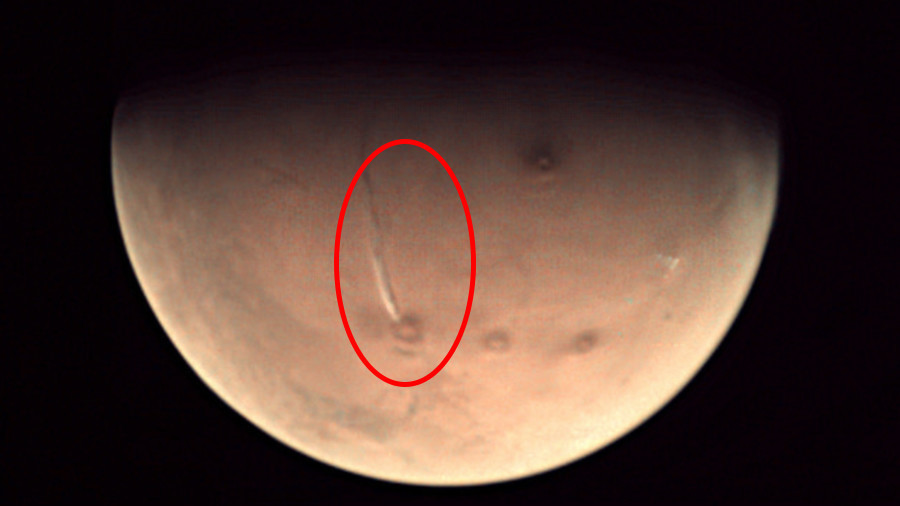 Conspiracy theorists went into overdrive after spotting a ‘mysterious plume of smoke’ near a dormant Martian volcano, with many claiming this as proof that alien life exists on the red planet and we’re being lied to here on Earth.

Allegations of a NASA-led cover up spread like wildfire online, with popular conspiracy theory YouTube channel secureteam10 producing an eight-minute long exposé entitled, ‘Something MAJOR Happened On Mars.. Are They Hiding It?’

"There was an explosion – I don't know whether it was a volcano or something detonated," Tyler Glockner of secureteam10 told his audience, during a video which has amassed almost 390,000 views since publication on October 20.

One commenter on the video drew upon his welding experience to lay bare the terraforming operations already underway on Mars, citing craters formed by lightning strikes as evidence of alien technology reshaping the planet’s atmosphere. “Too many coincidences here to ignore any more. NASA needs to stop being the police of the scientific community.” 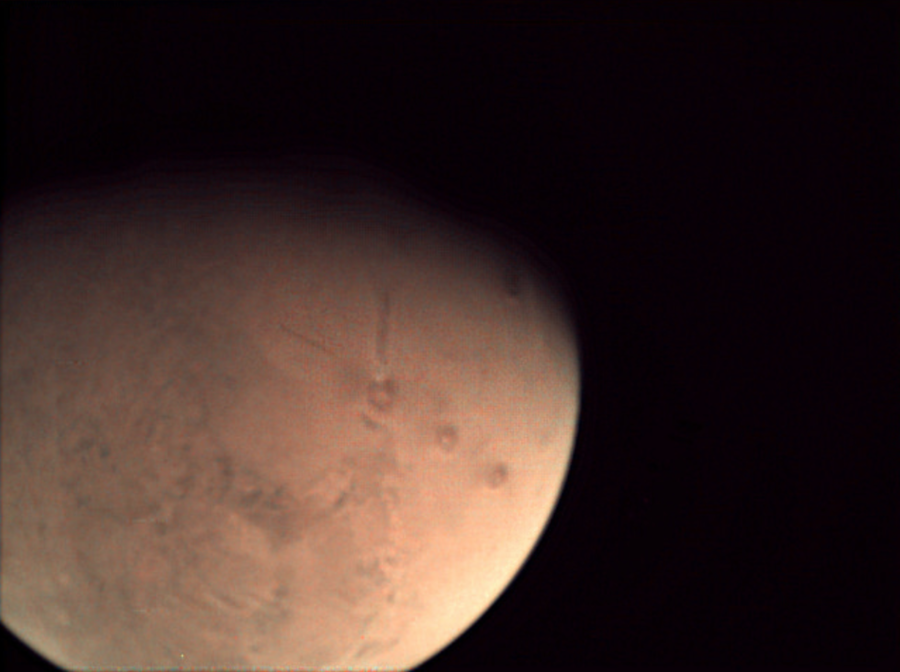 “NASA is a BS agency, staffed by self-sanctimonious liars. Mars is a living planet, as anyone who has studied Mars for the last 50 years [knows],” another commenter agreed.

This secureteam10 video was then picked up by a British tabloid, which fanned the conspiratorial flames while connecting the disparate dots of NASA’s clever ruse: the Mars Curiosity Rover suffered a mysterious glitch, rendering it offline for months after a huge dust storm in late Spring; the Hubble and Chandra telescopes were recently put in “safe mode”allowing for only basic functionality; and NASA was conspicuously silent about the 2,000km-long plume of smoke stretching across Martian skies. Wake up, sheeple! 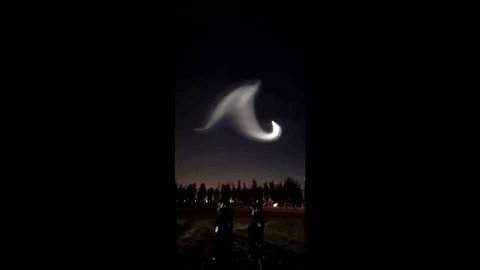 Twitter Ads info and privacy
Reddit was also abuzz, though the comments were more climatological than conspiratorial, discussing atmospheric conditions that might lead to such cloud formations. To spoil the fun and settle the debate, RT.com contacted the ESA for an explanation of the contentious images of the red planet.

“No ground or space based observations of Mars or its atmosphere have produced any credible evidence for active volcanism occurring in the present day or recent history,” party-pooper and planetary scientist Elliot Sefton-Nash, who works on several ESA projects including Mars Sample Return, ExoMars and Mars Express, told RT.com.

“Observations made on 24th September by the Visual Monitoring Camera (VMC) aboard ESA’s Mars Express spacecraft, show a cloud oriented approximately east-west and around ~2,000km long, as well as the shadow that it cast onto the Martian surface below.” 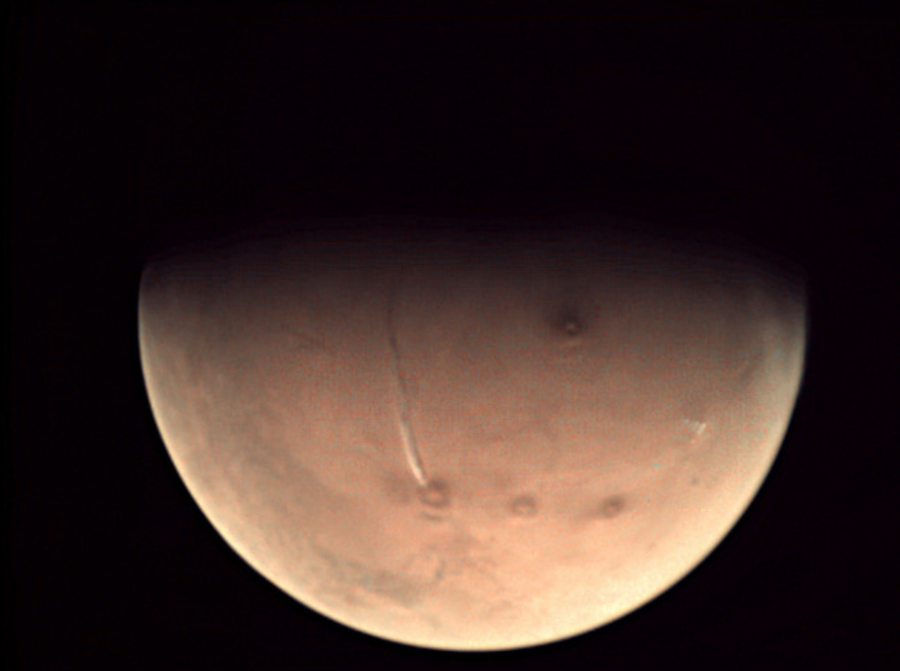 “Clouds are known to form seasonally in this region, and are associated with the volcanoes because their topography influences atmospheric conditions,” he continues. “This is a well documented phenomenon and several scientific articles exist documenting and explaining the process and highlight the seasonal regularity of the occurrence in this region.” 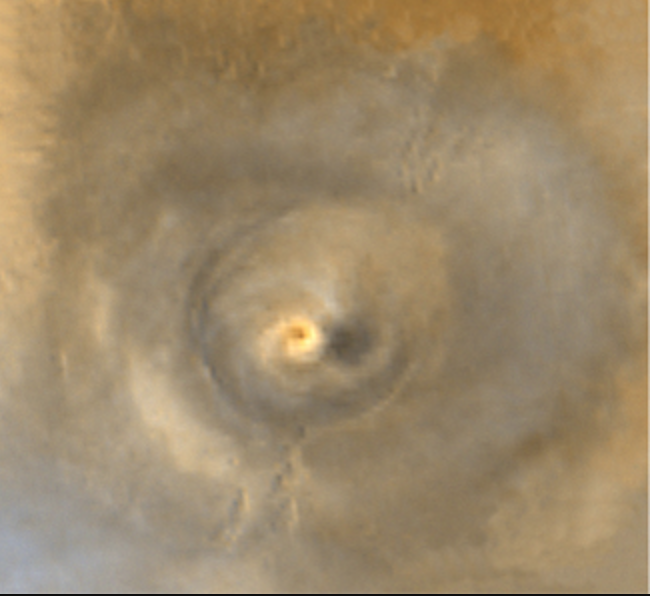 © NASA JPL ©
For comparison, Sefton-Nash highlighted a very similar cloud caused by these topographical forces at Arsia Mons, observed in 2015 (in higher resolution) by the Indian Mars Orbiter Mission.

Right now, the ESA is concentrating on Mercury, which is posing some interesting questions about the formation of our Solar System. 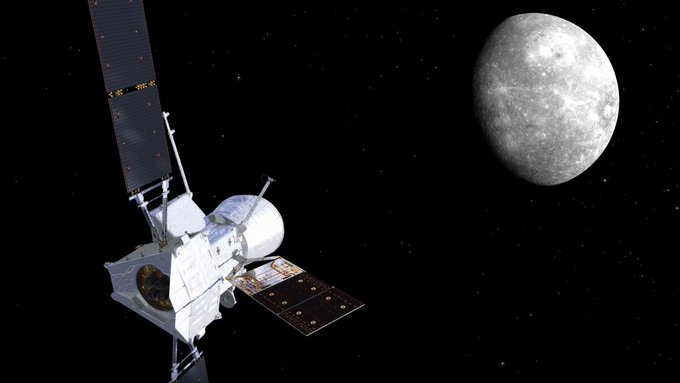 ESA Science✔@esascience
Replying to @esascience
"We have a problem with #Mercury..." because it’s falling out of our overall understanding of the Solar System. We don't understand how such a planet could have formed and evolved, so we not only need to send outstanding instruments there: we send a full laboratory #BepiColombo 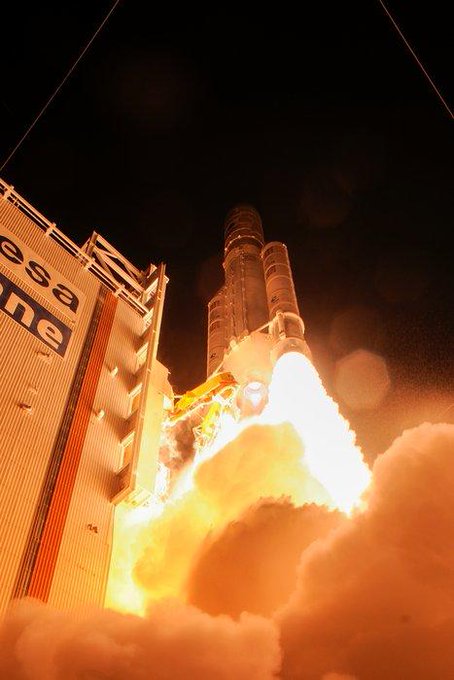 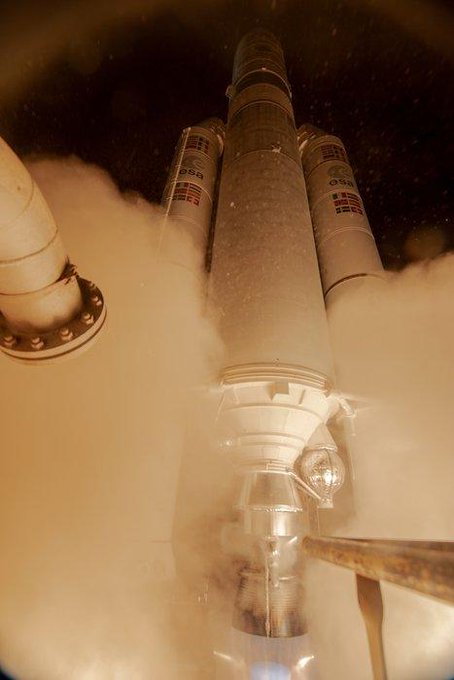 ESA Science✔@esascience
WOW, incredible close up images now in from the remote cameras at the launch site during yesterday’s #BepiColombo launch. Enjoy!