THE euro fell to session lows today as the news broke German Chancellor Angela Merkel would not be continuing her position as the leader of her party after 18 years. 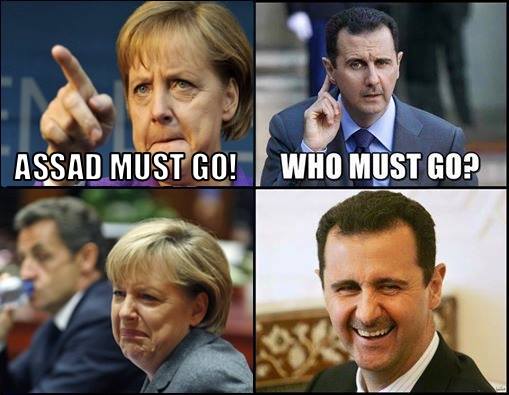 The Euro fell to 0.88p against the Pound today as the news broke the German leader would not be standing as Chairwoman of the CDU.

The currency headed for the lowest level in two months. It fell as much as 0.4 per cent to touch a day low of $1.136 against the dollar while German Bund yields rose one basis point to 0.36 per cent.
The German Chancellor told leaders of her Christian Democrats (CDU) that she will not seek re-election as party chairwoman at a conference in early December, a senior party source said.
MERKEL QUITS LATEST: THE FULL STORY

Merkel, 64, has been CDU chairwoman since 2000 and giving up the role would start a race within the party to succeed her as chancellor.
German news agency DPA, citing sources, tweeted that Merkel wanted to remain chancellor although this would be an unprecendented move.
The news follows a catastrophic election in the German state of Hesse where the CDU suffered losses.
Despite Merkel's party remaining the largest in Hesse, Klaus-Peter Willsch, the CDU's representative in the state, said the result was a demonstration of how no one was satisfied with the current federal government.
"This is a true hint that it is not a state policy but a federal policy problem we are facing - everyone could see our government is not performing," he told CNBC. 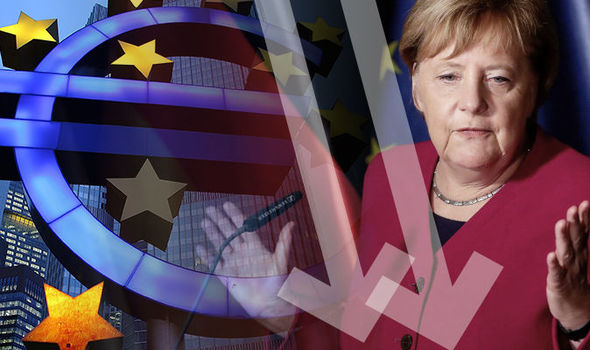 Euro plunged on the news Angela Merkel has quit as party leader in Germany (Image: GETTY•REUTERS) 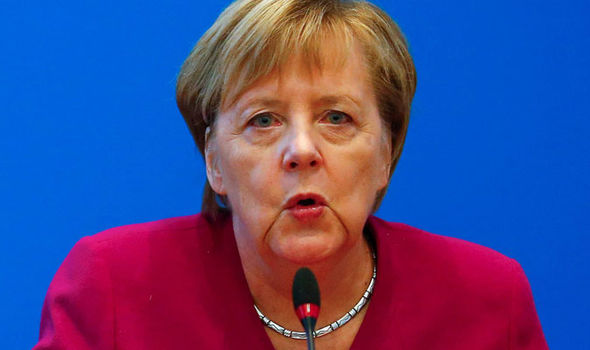 Euro falls as Angela Merkel announced she is to quit as leader of CDU (Image: GETTY) 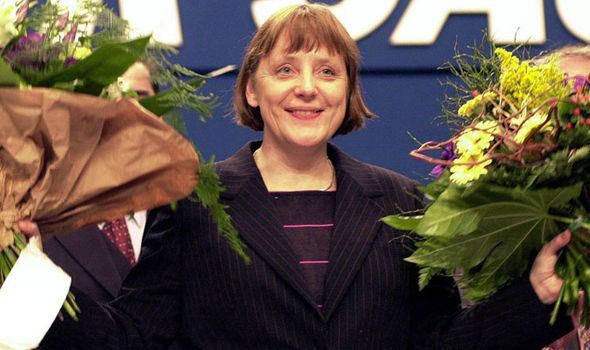 Angela Merkel when she was made the leader of the CDU in 2000 (Image: GETTY)

As the German currency plunged, the German DAX soared as the markets sought to make the most of a plunging euro. The currency later erased some of the earlier losses as the news broke to trade down 0.1 percent at $1.1389, roughly where it stood before the report.
The euro zone’s leading stock index rose 0.7 percent by 0941 GMT and Germany’s DAX gained 1.1 percent. Both indices benefit from a weaker euro helping exporters.
German bond yields extended their rise, with the 10-year Bund yield last up almost 4 bps at 0.39 percent.
“This news would signal the quality of German credit would deteriorate because markets are extrapolating from the results of the weekend state election to conclude that the next government will have a bigger populist portion to it,” said Mizuho rates strategist Peter Chatwell.
Reaction across Europe to the news has been mixed.
El Mundo in Spain reported: "The crushing punishment of Angela Merkel's CDU and the SPD yesterday in the state election in Hesse threatens to blow up the weak grand coalition in Germany.
"The party of the Federal Chancellor, although the strongest party, has suffered historic losses, and there has been another debacle for the Social Democrats. Both parties have opened Pandora's box. Their leaders will have a hard time keeping alive a government that is bleeding to death.


"The election results in Hesse join those in Bavaria two weeks ago. The scenario is worrisome for all of Europe, because the continent's locomotive is on the brink of political uncertainty."
The reprecussions of her decision are likely to resonate far and wide, not least in the UK, where Brexit is the topic of the day.
Merkel has been known to tip the scales in terms of Brexit as she has a more concilatory approach that France's Macron.

GERMANY’S influence on Brexit negotiations will wain further after Angela Merkel announced her decision to step-down as chairwoman of the Christian Democratic Union in Germany.