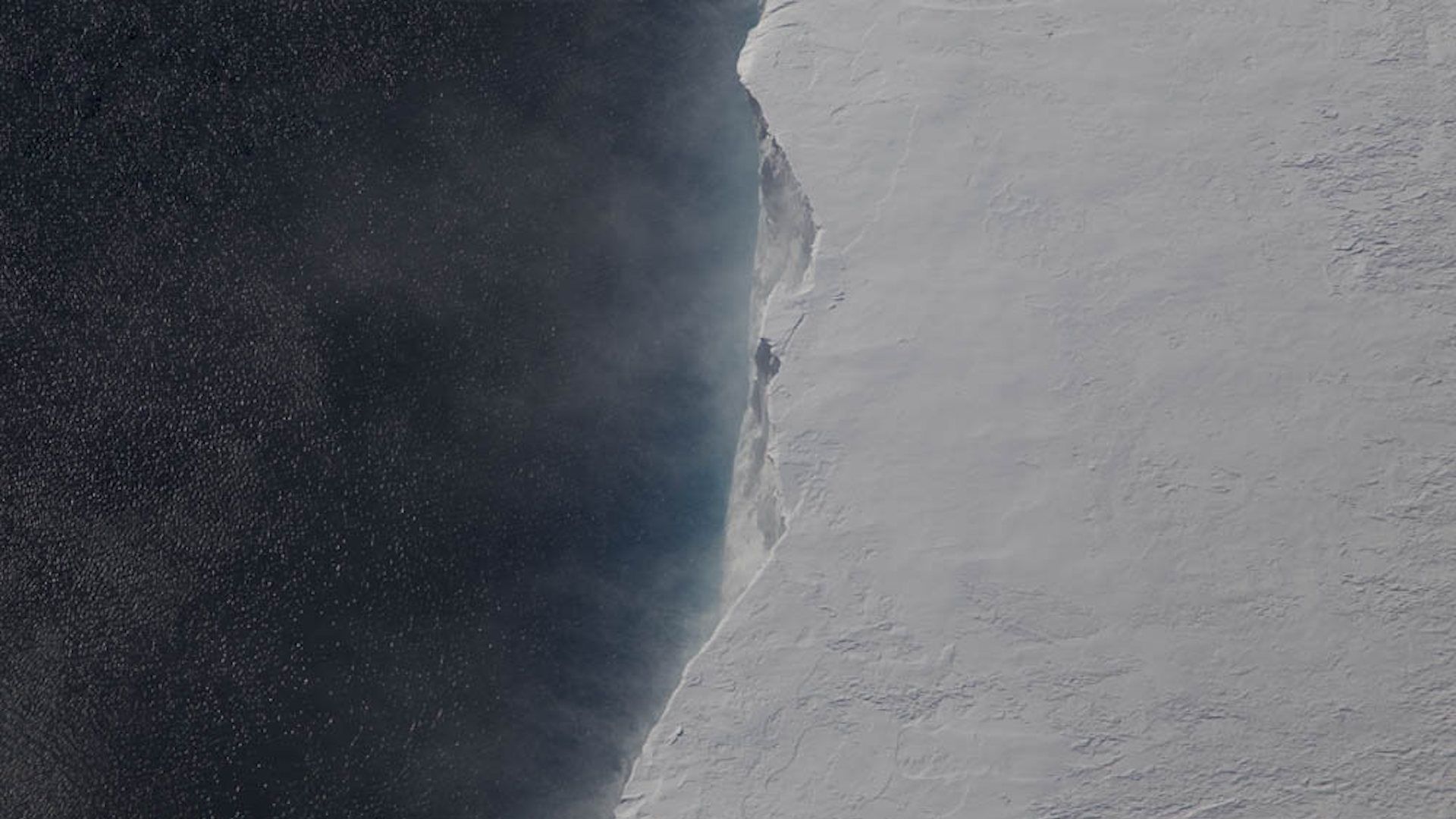 The calving front of the Pine Island Glacier, seen by a NASA aircraft in 2016. Image: NASA IceBridge.

An iceberg about five times the size of Manhattan has broken off the Pine Island Glacier in West Antarctica over the past 24 hours, an ominous sign of the continued retreat of this fast-flowing mass of ice. Like many other marine terminating glaciers in Antarctica, this glacier is retreating over time, and increasing the movement of ice into the sea.

Why it matters: While this iceberg itself is not record-breaking — it ranks as the sixth-largest iceberg to break off the Pine Island Glacier since 2001 — it illustrates the continued instability of marine-terminating glaciers in parts of the icebound continent.

The details: The iceberg had first appeared as a rift across Pine Island Glacier in September, before leading to the calving of about 300 square kilometers, or 116 square miles, of ice. The largest individual iceberg measures about 226 square kilometers in area, or 87 square miles.

Stef Lhermitte@StefLhermitte
· Oct 30, 2018
#sentinel1 shows the rapid evolution from a rift across Pine Island Glacier in September to the calving of ~300km² of icebergs end of October, where the largest iceberg (226km²) will be named B-46 by NIC @CopernicusEU 1/2 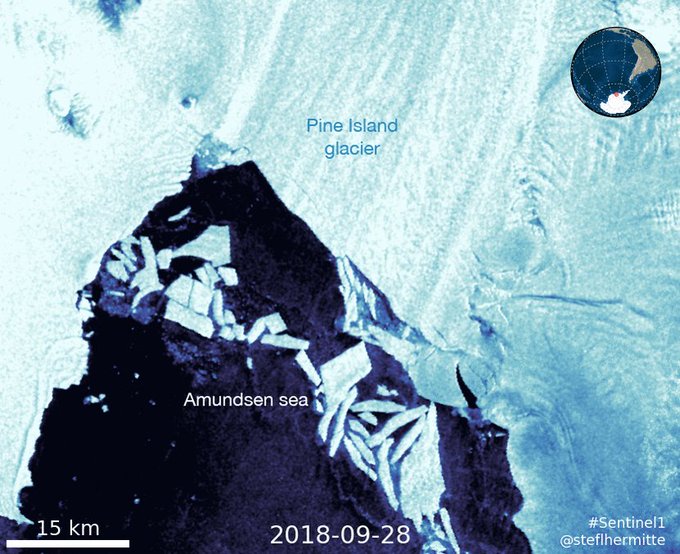 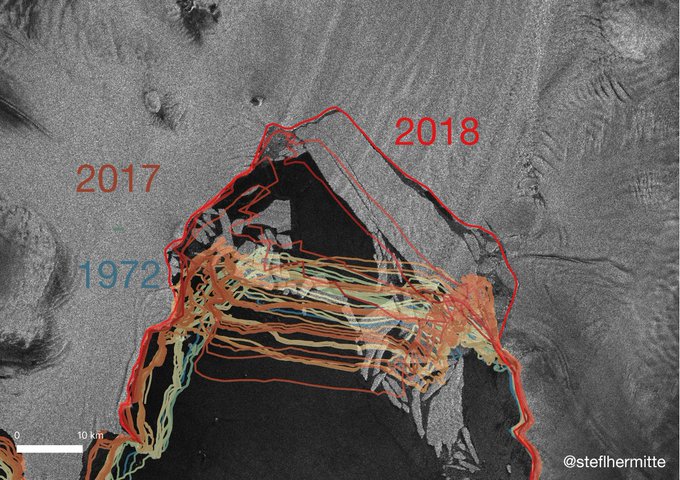 Stef Lhermitte, a geoscientist at the Netherlands' Delft University of Technology who closely tracks Antarctic ice, tweeted that the glacier front, where the ice meets the sea, has now receded by about 5 kilometers, or close to a mile inland compared to recent decades.

Ice shelves, such as the one at the Pine Island Glacier, act like door stops to the land-based ice behind it. Once they diminish, due to a combination of warming from the ocean below and air temperatures above, it's more likely that inland ice will collapse into the sea, raising global sea levels.

Determining the amount of future ice loss from Antarctica is the biggest source of uncertainty in sea level rise projections, but recent studies have suggested that Antarctic ice melt is likely to be at the higher end of the scale.

The bottom line: The new iceberg is significant for reflecting trends taking place around Antarctica, which many climate scientists find worrisome.