8 Trillion Dollars In Wealth Wiped Out on Stock Market 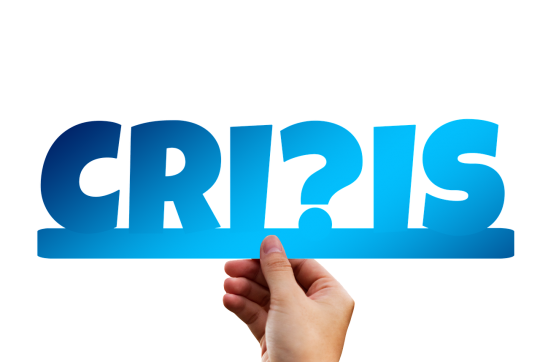 It’s not over.  The worst October stock market crash since 2008 got even worse on Friday.  The Dow was down another 296 points, the S&P 500 briefly dipped into correction territory, and it was another bloodbath for tech stocks. 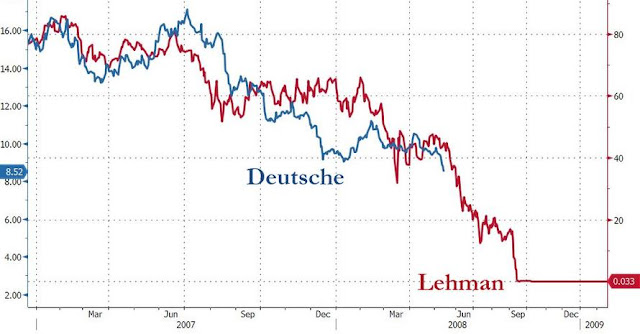 On Wednesday, I warned that there would be a bounce, and we saw that happen on Thursday.  But the bounce didn’t extend into Friday.  Instead, we witnessed another wave of panic selling, and that has many investors extremely concerned about what will happen next week.  Overall, global stocks have now fallen for five weeks in a row, and during that time more than 8 trillion dollars in global wealth has been wiped out.  That is the fastest plunge in global stock market wealth since the collapse of Lehman Brothers, and it is yet another confirmation that a major turning point has arrived.

The wild swings up and down that we witnessed this week are very reminiscent of what we saw in 2008.

Markets just don’t go down in a straight line.  In fact, some of the best days in all of Wall Street history happened right in the middle of the last financial crisis.
When markets are very volatile, the overall trend tends to be down.  So what investors should be hoping for are extremely boring days on Wall Street when not much happens.  That has been the usual state of affairs for much of the past decade, but now volatility has returned with a vengeance.  The following is how CNBC summarized the carnage that we witnessed on Friday…

The S&P 500 fell 1.7 percent to 2,658.69 and briefly entered into correction territory, trading more than 10 percent below its record high reached in September. The average stock market correction, since WWII, results in a 13 percent drop and lasts for four months if it does not turn into a full-fledged bear market.

Larry Benedict, CEO of The Opportunistic Trader, said traders “don’t want to be long heading into the weekend.” He added, “S&P now down on the year and people are more afraid to be long today than they were when market was 10 percent higher.”

And when you step back and take a longer-term view of things, the devastation is breathtaking.  The following facts come from Zero Hedge…
More importantly, global systemically important bank stocks have now fallen for 5 weeks in a row, and they have now plunged more than 30 percent from the peak.
In other words, the “too big to fail banks” around the world have already seen almost a third of their value wiped out.

There are quite a few global candidates that could potentially become “the next Lehman Brothers”, and once one “too big to fail bank” goes down, it could escalate this new financial crisis very rapidly.

But for most ordinary Americans, the main concern is about keeping their own money safe.  Thanks to low returns almost everywhere else, more retirement money is in the stock market than ever before, and many Americans are very anxious about what a stock market crash would mean for their savings…

Nearly 40 percent of Americans said they were “anxious” about stock market volatility, according to Allianz Life’s 2018 Market Perceptions study, mainly because they worried they would not be able to protect their retirement savings.

In the end, a lot of people are going to get completely wiped out.
Hopefully you will not be one of them.

Of course the mainstream media continues to insist that everything is going to be just fine.  In fact, CNN is telling people that now is “a good time for investors to double down on their investments”…

Experts say big sell-offs are often a good time for investors to double down on their investments. One recommended looking for companies that are expected to post healthy gains in sales and earnings. A strong balance sheet and a steadily growing dividend don’t hurt either.

“With earnings season in full force, this is when stock pickers can add a lot of value,” said Ernesto Ramos, managing director of active equities with BMO Global Asset Management. “There really was no good reason for the market to be down as much as it was Wednesday.”

That is about the exact opposite from the advice that they should be giving, but unfortunately this is the narrative that we get from the corporate media before every major crisis.

October has historically been the most volatile month for stocks, and without a doubt this has been a wild month.  Of course the midterm elections are coming up early next month, and those results could potentially spook investors.  But once we get past that, hopefully the markets will start to settle down.

But if things continue to unfold as they did in 2008, this crisis could continue to escalate during the months ahead, and that would especially be true if some sort of “trigger event” sent a major surge of panic through the marketplace.
At this point, investors are extremely jumpy.  For example, even though Amazon reported very good earnings this week, the stock crashed on Friday because revenue growth was slightly below expectations.

Any piece of bad news could send the markets tumbling right now, and if a major disaster were to happen we could be talking about a total collapse.


THIS TIME IS DIFFERENT - THE BEGINNING OF THE GREAT COLLAPSE

The largest asset bubble in the history of our planet is approaching the end of its lifespan, but that’s just the opening act. This time is different.

Few imagined how far the Fed would go to reinflate the economy in the wake of the 2009 crisis. It started with TARP, then “quantitative easing” QE1, QE2, and QE3. To stave off the last crisis the Federal Reserve slashed interest rates to zero and bailed out the banks by buying up 4.5 trillion of dollars of their distressed assets. At its peak the Fed was spending 40 billion on mortgage backed securities a month. This buying spree continued until October 29th, 2014.

Most of these distressed assets are still on the books (see chart below). The fed began gradually selling these securities in 2017 at a rate of 9 billion per month and has continued into 2018. The unwinding of the fed balance sheet has the exact opposite effect as quantitative easing, in fact economist refer to it as quantitative tightening. It reduces the amount of liquidity (available cash) in the system.

By itself, the tightening of monetary policy at the beginning of a stock market downturn presents a fundamentally different dynamic than was seen when the dot com bubble burst in 2001, or the housing bubble burst in 2007. The fed was positioned to slash rates in each of those cases, effectively injecting the system with cheap credit. This time around the fed has no ammunition. Don’t take my word for it. Just ask former Dallas Fed president Richard Fisher.
Trump just started a trade war with China. This showdown is in its early stages, and is set to escalate. The full effects haven’t even begun to be felt yet.
This time really is different.
To be continued…