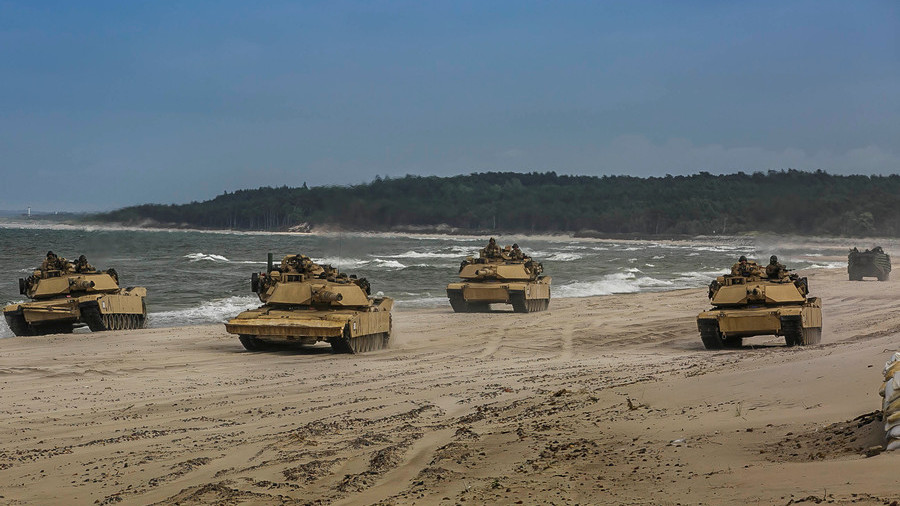 
Several top officials have issued thinly veiled – and outright blunt – ‘warnings’ about war over the past week. While the beating of war drums worldwide remains just hot air for now, many messengers seem a bit too eager about it.

War between US and China just 10-15 years away


A grim prognosis was made by former US commander in Europe Lieutenant-General Ben Hodges (retired), who spoke last week at the Warsaw Security Forum. He urged European countries to do more for their own "security," explaining that Washington has "to deal with the Chinese threat" in the Pacific.

A grim prognosis was made by former US commander in Europe Lieutenant-General Ben Hodges (retired), who spoke last week at the Warsaw Security Forum. He urged European countries to do more for their own "security," explaining that Washington has "to deal with the Chinese threat" in the Pacific.The United States needs a very strong European pillar. I think in 15 years – it's not inevitable – but it is a very strong likelihood that we will be at war with China.

While European security remains top priority for the US, the former official added, the country will also have to prepare for "the eventuality that in 10 or 15 years we're going to be having to fight in the Pacific."

China's preparing for war too

Less-than-subtle ‘warnings’ from the US were not left unanswered in China, with President Xi Jinping telling his military officers that they should be ready for war.

"It's necessary to strengthen the mission… and concentrate preparations for fighting a war,"President Xi said last Thursday, addressing officers responsible for the troubled waters of the South China Sea.

We have to step up combat readiness exercises, joint exercises and confrontational exercises to enhance servicemen's capabilities and preparation for war.

Moscow is preparing for war as well – at least according to deputy director of the Russian Foreign Ministry's Department of Nonproliferation and Arms Control, Andrey Belousov.

The official pinned the blame for the soaring tensions on the US and its recently announced move to abandon the Intermediate-Range Nuclear Forces Treaty (INF). A revised nuclear doctrine "that lowers the threshold for nuclear weapons use" and Washington's desire to beef up its nuclear arsenal only reinforce such beliefs, according to Belousov.
"Linguistically, this difference is in just one word, both in Russian and in English; Russia is preparing for war, and the US is preparing a war," Belousov said.


Once again, Israel has 'no choice' except war

Even the Middle East, ravaged by perpetual wars for over two decades, was somewhat taken aback after hawkish remarks by Israeli Defense Minister Avigdor Lieberman. Last week, while accusing the Hamas group of "orchestrating" clashes between Palestinian civilians and Israeli military, the official said:

Over the 21st century, Tel Aviv has experienced said "lack of choice" at least five times.

Ankara is ready to meet Greek "aggression" and crush its military within three-to-four hours, believes Yigit Bulut, top advisor for Turkey's President Recep Tayyip Erdogan. He boasted on local TV, while commenting on a recent incident between a Greek frigate and a Turkish search and exploration vessel:

Greece will end up in a catastrophe within three to four hours if it wages a war against Turkey.

The Greeks are not the only ones to feel Turkey's wrath, as Erdogan himself issued a new threat against Kurdish militias –which Ankara holds to be terrorists– operating in Syria.

Speaking on Tuesday to legislators, he promised that the Kurds were to "soon" again experience Turkish "comprehensive and effective" force.
Posted by seemorerocks at 17:14