Russia is going to test-fire naval missiles in the sea outside of central Norway, at the same time as NATO exercise 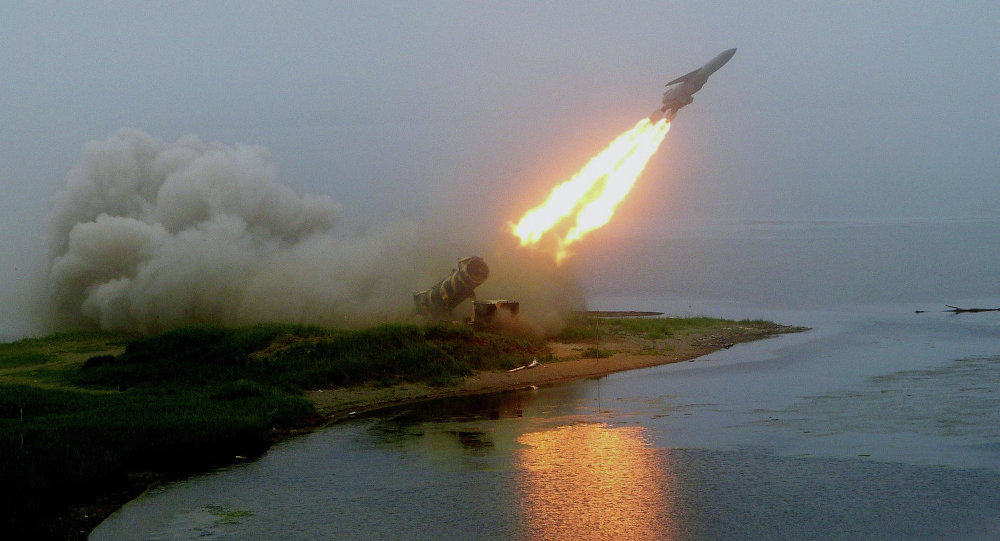 The Russian exercise will take place in the sea just outside the Møre Coast, a short distance from the Norwegian cities Kristiansund, Molde and Ålesund, and in an area with several Norwegian offshore installations.

There's a big war coming and it is OUR fault in the USA.
The U.S. and many of its NATO partners - along with others - have been trying to forcibly overthrow the government of Russian ally Syria, for years.  They've done this via proxy armies of terrorists and mercenaries whom they fund, train, arm, equip and pay.  Russia stepped-in and put a stop to these activities, and the US/NATO/allies are going bonkers over it.
The Israelis had been bombing Syria weekly for two years.  Russia put a stop to that when it supplied the S-300 air defense system to Syria last month.  Israel and the US are going nuts over that, too.
The U.S. and NATO have been moving troops, planes, tanks, artillery, missiles, ammunition, and fuel toward the Russian border for months. The Russians are not impressed; or intimidated.
At the same time, the west has been accusing Russia of anything it can, from the phony "Novichok nerve agent" claims by Britain, to the totally false "Russian Collusion" claims by US Democrats over their failed 2016 presidential election bid.
Worse, the US imposed severe economic sanctions upon Russia based solely and exclusively on the utterly false "Russia Collusion" lies; and these economic sanctions are worse than those applied to Japan before World War 2, which caused Japan to attack us.
Criminal charges filed against individual Russians by US Special Counsel Robert Mueller are not only fraudulent on their face, they accuse persons of doing things which are NOT A CRIME, so they call it "defrauding the United States."  Except the "United States" -- defined in the federal rules of Civil Procedure as "a federal corporation" -- does not conduct elections!  States conduct elections.
So to the thinking of many in the legal profession, Mueller lacks legal standing to bring such a charge because the federal government he represents does not hold, host, or operate elections!
Now, the US and NATO are holding massive military exercises off the coast of Norway, right in Russia's backyard and have even sent the USS Harry Truman aircraft carrier battle group to the Arctic, within range of Russia's Northern Fleet headquarters, to conduct an "exercise" they call Trident Juncture.  Russia is clearly not backing down; they're now holding their own exercise in the same waters at the same time.
The west has been trying to CAUSE a war with Russia for this entire year.  Now, they may get one.

The reason the US and NATO are doing this is because the government of the USA is BANKRUPT from over-spending.  It is rapidly approaching a point where it cannot even service interest on its debt, never mind pay it down.  SO the US needs DEBT FORGIVENESS.
The only way they can achieve that is to cause a massive war, get vast portions of the USA itself smashed to hell and a whole slew of our people killed, so they can throw up their hands and tell creditors "Our country is smashed to hell, our people are dead, we have no way to pay back the $21 TRILLION we owe, the debt is void."
By doing this via war, the US Government also achieves another needed goal: Reduction in social spending which caused them to go Bankrupt in the first place.
In any MAJOR war, what will be the first targets?  The major cities.
Where are most of the "needy"  who are on welfare, food stamps, rent subsidies, medicare and medicaid, located?  In those cities.
So by getting the cities smashed to hell by major war, the government also KILLS OFF the "useless eaters" whom they've been paying welfare to.
The feds look at war as a WIN-WIN situation . . . . for them.
Then they get to remain in power, and start the whole process all over again, so that in another fifty to seventy-five years, they can do it all again.
THAT is why the US and NATO are doing what they're doing to cause a war with Russia.  The US and most NATO countries are broke and they need to weasel their way out of it.  War is the method they've chosen.
NOW THAT MEMBERS OF CONGRESS ARE HOME CAMPAIGNING FOR RE-ELECTION, IT WOULD BE A GOOD TIME TO CONFRONT THEM IN PUBLIC ABOUT WHAT THEY'RE DOING BEFORE THEY GET US ALL KILLED.

World War 3 is Coming - and We in the US are to blame
Posted by seemorerocks at 19:51