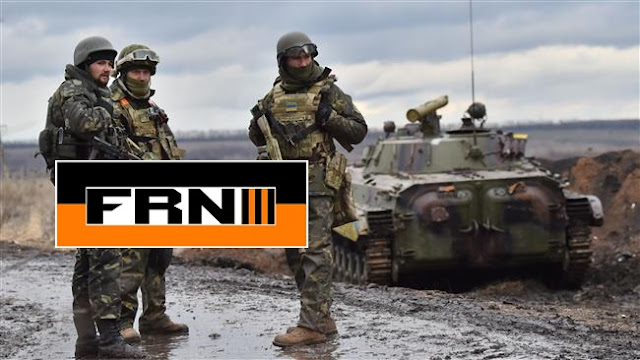 The Ukrainian leadership, including Poroshenko himself, has been escalating both the rhetoric as well as military operations against the DPR and LPR, Ukraine’s two former regions which broke-off forming new republics four years ago. But the DPR, for its part, says it is ready to see that such attacks – even a full-scale war as Poroshenko has threatened – can and will be thwarted.

The interim leader of the self-proclaimed People’s Republic of Donetsk (DPR), Denis Pushilin, said the DPR is ready to repel a possible aggression from Ukraine, which at the moment can not be ruled out.

“We are ready to repel a possible aggression. At this moment, unfortunately, this is not excluded from the Ukrainian side, we are also ready to take other steps, different steps,” he said on Wednesday in an interview for Rossiya television channel 24 .

According to Pushilin, he is reassured about the state of military equipment, the number of personnel and his level of training.

“Today we, on the one hand, need an efficient army as has been demonstrated on the front line … We have no more dispersed militias, but a full army with all its attributes, including military preparation,” Pushilin added.

In April 2014, the Ukrainian authorities launched a military operation against the people’s republics of Donetsk and Lugansk, which declared independence after the coup in Ukraine in February 2014. According to the latest UN data, more than 10,000 people were victims of conflict. The issue of resolving the situation in the Donbass was discussed, including during the meetings in Minsk of the contact group, which, since September 2014, has already adopted three documents regulating measures to de-escalate the conflict. Then, after the armistice agreements between the parties to the conflict, discussions continue.

Despite attempts to conclude the conflict, Ukraine continues to break the armistice agreements, and last month reports even emerged that a large number of foreign military personnel had arrived in Donbass territory.

“Our intelligence services have registered the arrival of a large number of foreign military personnel from the 56th Motorized Infantry Brigade and the 406th Artillery Brigade, which are focusing on the Urzuf settlement region,” the head of the press office of the Donetsk People’s Liberation Army’s operational command, Daniil Besnosov, said back in early September.

“In addition, the arrival of a group of high-ranking military personnel from the US and Canadian Armed Forces […] We do not rule out that foreign military personnel will be directly involved in planning and carrying out an offensive,” added Besnosov.

The head of the press office said the information was related to preparations by the Ukrainian military to aggravate the conflict in the south of the Donetsk region.


WILL ONE OF THE MOST POWERFUL VESSELS IN THE URKAINIAN NAVY CONFRONT RUSSIA IN THE SEA OF AZOV?

Published on: Oct 24, 2018 @ 13:33 – Ukrainian media recently wrote that “one of the most powerful ships” in the country will return to the sea of ​​Azov after undergoing repairs. However, the ship – while the best in Ukraine’s navy – falls far short by any standard.

For military analyst Sergei Chennyk, by relocating the 205P BG-32 project ship from Donbass to the Sea of ​​Azov, Ukraine will only create more problems for itself.
The expert recalls that the ship was in very poor condition even before 1994, when the Soviet Black Sea Fleet was split into Russian and Ukrainian.
“Perhaps this is very important for Ukraine because the ship has already been nominated as a flagship of the Ukrainian fleet in the Sea of ​​Azov as its main force of attack. In fact this does not change in any way the correlation of forces in the region,” said Chennyk, describing the vessel as “poorly armed” and “low-speed”.
In addition, he points out, after a general repair, a ship is not able to perform as many tasks as when it was launched into the sea.
Attempts to show the Donbass as one of the “most powerful” military equipment in the region are just a demonstration of strength on the part of Kiev, Chennyk finds.
According to him, nowadays, the Ukrainian Navy is in a “catastrophic” state, it has neither resources nor conception of combat.
Previously, Ukrainian media reported that the ship had been repaired and was ready to re-enter the service, calling the vessel “one of the most powerful equipment” of the country’s navy.
Situation in the Sea of ​​Azov
Since the beginning of this year, naval incidents have been recorded between Moscow and Kiev in the Azov Sea area.
Moscow calls the actions of Kiev as “maritime terrorism”, strengthening customs inspections on its part of the sea of ​​Azov. In response, the Ukrainian side accused Russia of “pursuing a tough policy of stopping and inspecting ships.”
In early September, Ukrainian officials announced plans to establish a naval base off the coast of the Sea of ​​Azov and to transfer two armored boats to the area.
On September 22, the Ukrainian ship Donbass and the Korets deep-sea tugboat sailed along the Crimean coast and entered the exclusive economic zone of Russia. Several Russian warships escorted the Ukrainian ships.