How The Military Excluded The White House From International Syria Negotiations 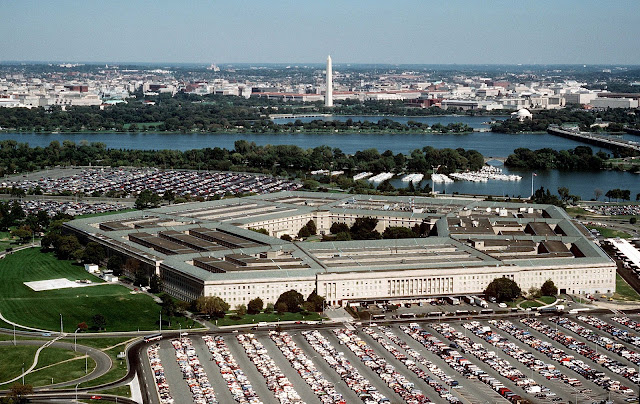 
The NYT laments today that international negotiations about the situation in Syria now continue without any U.S. participation: Russia, Iran and Turkey Meet for Syria Talks, Excluding U.S.

Russia, Iran and Turkey met in Moscow on Tuesday to work toward a political accord to end Syria’s nearly six-year war, leaving the United States on the sidelines as the countries sought to drive the conflict in ways that serve their interests.

Secretary of State John Kerry was not invited. Nor was the United Nations consulted.

With pro-government forces having made critical gains on the ground, ...

(Note: The last sentence originally and correctly said "pro-Syrian forces ...", not "pro-government forces ...". It was altered after I noted the "pro-Syrian" change of tone on Twitter.)

Russia kicked the U.S. out of any further talks about Syria after the U.S. blew a deal which, after long delaying negotiations, Kerry had made with the Russian Foreign Minister Lavrov.

In a recent interview Kerry admits that it was opposition from the Pentagon, not Moscow or Damascus, that had blown up his agreement with Russia over Syria:

More recently, he has clashed inside the administration with Defense Secretary Ashton Carter. Kerry negotiated an agreement with Russia to share joint military operations, but it fell apart.

“Unfortunately we had divisions within our own ranks that made the implementation of that extremely hard to accomplish,” Kerry said. “But I believe in it, I think it can work, could have worked."

Kerry's agreement with Russia did not just "fell apart". The Pentagon actively sabotaged it by intentionally and perfidiously attacking the Syrian army.
The deal with Russia was made in June. It envisioned coordinated attacks on ISIS and al-Qaeda in Syria, both designated as terrorist under two UN Security Council resolutions which call upon all countries to eradicate them. For months the U.S. failed to separate its CIA and Pentagon trained, supplied and paid "moderate rebel" from al-Qaeda, thereby blocking the deal. In September the deal was modified and finally ready to be implemented.

The Pentagon still did not like it but had been overruled by the White House:

The agreement that Secretary of State John Kerry announced with Russia to reduce the killing in Syria has widened an increasingly public divide between Mr. Kerry and Defense Secretary Ashton B. Carter, who has deep reservations about the plan for American and Russian forces to jointly target terrorist groups.

Mr. Carter was among the administration officials who pushed against the agreement on a conference call with the White House last week as Mr. Kerry, joining the argument from a secure facility in Geneva, grew increasingly frustrated. Although President Obama ultimately approved the effort after hours of debate, Pentagon officials remain unconvinced.
...
“I’m not saying yes or no,” Lt. Gen. Jeffrey L. Harrigian, commander of the United States Air Forces Central Command, told reporters on a video conference call. “It would be premature to say that we’re going to jump right into it.”

The CentCom general threatened to not follow the decision his Commander of Chief had taken. He would not have done so without cover from Defense Secretary Ash Carter.

Three days later U.S. CentCom Air Forces and allied Danish airplanes attack Syrian army positions near the ISIS besieged city of Deir Ezzor. During 37 air attacks within one hour between 62 and 100 Syrian Arab Army soldiers were killed and many more wounded. They had held a defensive positions on hills overlooking the Deir Ezzor airport. Shortly after the U.S. air attack ISIS forces stormed the hills and have held them since. Resupply for the 100,000+  civilians and soldiers in Deir Ezzor is now endangered if not impossible. The CentCom attack enabled ISIS to eventually conquer Deir Ezzor and to establish the envisioned "Salafist principality" in east Syria.

During the U.S. attack the Syrian-Russian operations center had immediately tried to contact the designated coordination officer at U.S. Central Command to stop the attack. But that officer could not be reached and those at CentCom taking the Russian calls just hanged up:

By time the Russian officer found his designated contact — who was away from his desk — and explained that the coalition was actually hitting a Syrian army unit, “a good amount of strikes” had already taken place, U.S. Central Command spokesman Col. John Thomas told reporters at the Pentagon Tuesday.

Until the attack the Syrian and Russian side had, as agreed with Kerry, kept to a ceasefire to allow the separation of the "marbled" CIA and al-Qaeda forces. After the CentCom air attack the Kerry-Lavrov deal was off:

On the sidelines of an emergency UN Security Council meeting called on the matter, tempers were high. Russia's permanent UN representative, Vitaly Churkin, questioned the timing of the strikes, two days before Russian-American coordination in the fight against terror groups in Syria was to begin.

"I have never seen such an extraordinary display of American heavy-handedness," he said, after abruptly leaving the meeting.

The Pentagon launched one of its usual whitewash investigations and a heavily redacted summary report (pdf) was released in late November.

Gareth Porter still found some usable bits in it:

The report, released by US Central Command on 29 November, shows that senior US Air Force officers at the Combined Air Operations Center (CAOC) at al-Udeid Airbase in Qatar, who were responsible for the decision to carry out the September airstrike at Deir Ezzor:

The investigation was led by a Brigade General. He was too low in rank to investigate or challenge the responsible CentCom air-commander Lt. Gen. Harrington. The name of a co-investigator was redacted in the report and marked as "foreign government information". That officer was likely from Denmark.

Four days after the investigation report was officially released the Danish government, without giving any public reason,pulled back its air contingent from any further operations under U.S. command in Iraq and Syria.

With the attack on Deir Ezzor the Pentagon has:
It is clear that the responsible U.S. officer for the attack and its consequences is one Lt. Gen. Jeffrey L. Harrigian who had earlier publicly spoken out against a deal that his Commander in Chief had agreed to. He likely had cover from Defense Secretary Ash Carter.

The White House did not react to this public military insubordination and undermining of its diplomacy.

Emptywheel notes that, though on a different issue, the CIA is also in quite open insurrection against the President's decisions:

[I]t alarms me that someone decided it was a good idea to go leak criticisms of a [presidential] Red Phone exchange. It would seem that such an instrument depends on some foundation of trust that, no matter how bad things have gotten, two leaders of nuclear armed states can speak frankly and directly.