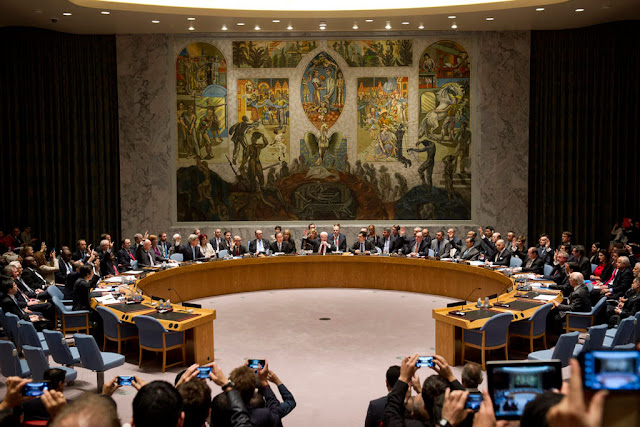 Israeli leader Benjamin Netanyahu personally phoned Minister of Foreign Affairs Murray McCully to warn him a UN resolution New Zealand co-sponsored was a "declaration of war," according to a report.

It was picked up and sponsored by New Zealand and three other countries after US President-Elect Donald Trump reportedly pressured Egypt into dropping it.

It was passed on Saturday after the US abstained instead of vetoing, as they historically have done on votes concerning Israel.

In the aftermath, Israel has withdrawn its ambassador to New Zealand, barred New Zealand's ambassador to Israel, and warned of further sanctions. Netanyahu has publicly called it a "shameful anti-Israel resolution".

Israeli publication Haaretz, citing unnamed western diplomats, reported that a "harsh" phone call took place between the Israeli Prime Minister and McCully on the day of the vote.

"This is a scandalous decision. I'm asking that you not support it and not promote it," Netanyahu reportedly told McCully.

"If you continue to promote this resolution from our point of view it will be a declaration of war. It will rupture the relations and there will be consequences."

McCully reportedly refused to back down, according to Haaretz, telling Netanyahu the resolution was consistent with New Zealand policy on the dispute.

McCully's office have confirmed to Stuff that a phone call between the Minister and Netanyahu took place just before the vote. They refused to publicly comment on the content of the conversation. .

"We have been very open about our view that the [security council] should be doing more to support the Middle East peace process and the position we adopted today is totally in line with our long established policy on the Palestinian question," he said in a statement.

New Zealand has used its time on the Security Council to consistently called for a halt to settlements.

It's two-year term as a non-permanent member ends this month.

New Zealand was the only western nation to co-sponsor the resolution, joining Malaysia, Senegal, and Venezuela.

The Security Council passed the resolution 13-0, with the United States abstaining.