Ambassador's killer tracked to CIA base


Do you all not think that we have before us a successful attempt to force Putin to live through his own Benghazi? Hillary Clinton and the elite grouping that supports her could not organize a hacking of United Russia. In fact, I’m not even sure if United Russia has a server. They couldn’t have organized terrorist attacks in Russia, even though they may have tried. But they did have the resources to murder Russia’s ambassador to Turkey, and not only the resources, but an entire organization that they have nurtured and controlled for decades.
Revenge for the elections - there’s your motive. Gulen’s organization - there’s your tool for realization. And you also have the accusations against Putin, whom some of our fellow citizens blame for not organizing standard security for the ambassador. From the Americans’ point of view, this was a real “Russian Benghazi”, that is, if you leave out the fact that our ambassador was opening a photo exhibition and not peddling missiles for terrorists.
Maybe we, ordinary citizens, will never learn the truth, or maybe only our grandchildren will. But if I were investigating this crime, Hillary Clinton would clearly be number one on the list of suspects no matter how wild or conspiratorial this theory might seem to some. What do you think?
Not from the most reliable source,it is true

Russian Ambassador Murderer Tracked To CIA Base In Iraq
Russian authorities have confirmed that the assassin of Turkish ambassador Andrey Karlov has ties to an American CIA base in Iraq. 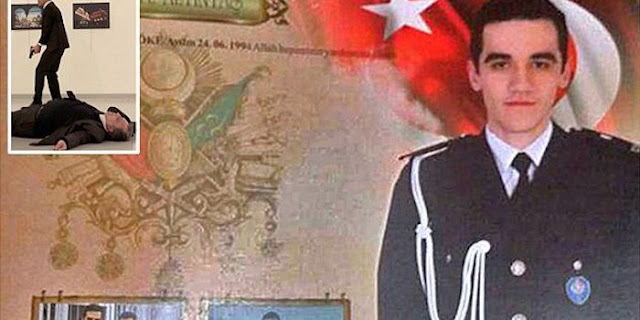 After President Putin ordered an 18-person investigation into the assassination of Ambassador Karlov last week, investigators say they found strong evidence that proves Mevlut Mert Altintas was connected to a CIA base in Erbil Governorate in Iraq, and had been connected to the attempted coup against Turkish President Recep Tayyip Erodgan in July.

On 15 July, SVR intelligence experts in this report detail, this assassin was stationed on duty with his police regiment in Diyarbakırs, located in Diyarbakır Province, when the American-led coup against President Erdoğan—but who instead of reporting to duty as all Turkish police forces were ordered to do, was unexplainably granted a 2-day leave by his commander Kahraman Sezer, who after the failed coup was arrested due to his ties to the FETO terror organization led the CIA-backed Islamic preacher Fethullah Gülen.

After being granted this extraordinary leave of absence while Turkey was in the midst of nationwide coup, this report continues, SVR electronic intelligence experts were able to track this assassin’s phone usage on 15 July along a 386 kilometer (240 miles) “path/corridor” showing him traveling from Diyarbakırs to the capital city of the Erbil Governorate, Erbil—after which his phone went “silent/dark” for 7 hours, was then reactivated in the early morning hours of 16 July, and showed him traveling back to his home city in Turkey where he reported back to duty.

Turkish MİT investigative files on this assassins travels to the “environs” of the CIA’s base in Erbil during the 15 July coup, this report continues, shows “grave/serious” discrepancies—with one assessment describing that his stated reason for traveling to Iraq Kurdistan to visit a sick cousin who was teaching at the Fethullah Gülen school in Erbil warranted his prosecution and that caused his suspension, on 4 October, from his police duties, but that were, without any explanation to be found in these files, reinstated and gave him full police powers on 16 November.

SVR investigators in this report further note that the Fethullah Gülen School in Erbil visited by this assassin on 15 July was ordered closed and sold by Iraq Kurdistan authorities after they were provided evidence by Turkish MİT security operatives proving this schools link to the failed CIA-led coup against Turkey’s legitimately elected government.

Likewise, this report continues, Turkey’s government and their MİT intelligence analysts have provided 85 boxes of evidence proving the CIA’s and Fethullah Gülen involvement in the 15 July coup—but that to this very hour the Obama regime still refuses to acknowledge or explain.

Though many questions relating to this assassins associations to both the CIA and Fethullah Gülen’s FETO terror organization remain to be discovered, this report concludes, emerging new evidence being investigated by the SVR and MİT are now showing a direct “link/path” to President Obama and this murder, along with the assassination a few hours later of Federation diplomat Petr Polshikov who was gunned down in his Moscow home—both occurring just 72 hours after Obama had threatened Russia over the nonsense claim it had interfered in the US presidential election with Americas leader warning that his retaliation against the Federation “may be explicit and publicized; some of it may not be”—and that if these two assassinations are firmly linked to, will make President Putin’s threat that “the killers will feel it” become a grim reality to the CIA’s, and Obama’s great discomfort.

And though not mentioned in this SVR report, it’s worth noting that at the same time President Obama and the CIA are now being linked to the assassination of this Russian ambassador, at least President-elect Donald Trump is protecting himself with his own private protective mercenary forces from the elite security companies KS Global Group LLC, Black Tie Protection Services, ASIT Consulting and XMark LLC—and who to the liberal American lefts outrage, has announced that they will keep protecting him when he takes office as the next President of the United States.

The latest from RT 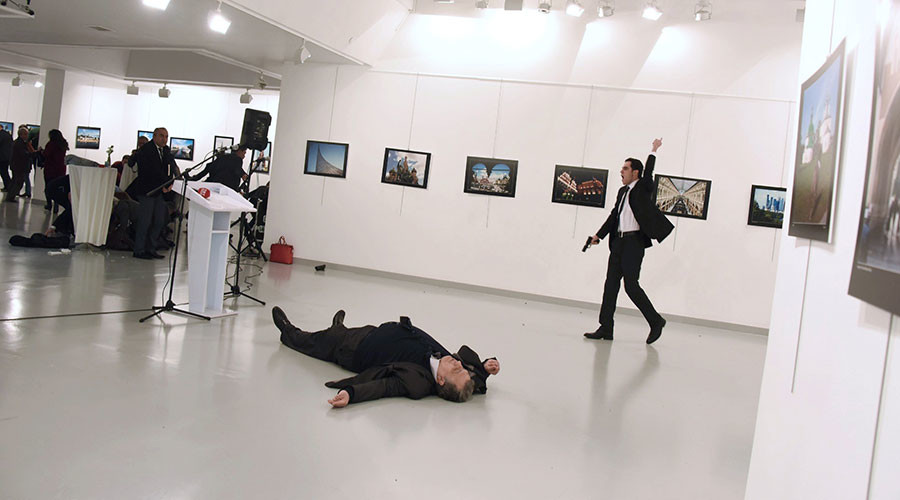 The assassination of the Russian Ambassador to Ankara, Andrey Karlov, was a well-planned and premeditated murder, Turkey's interior minister told journalists. He said it did not happen at the initiative of the killer or out of personal vengeance.

Karlov was shot dead as he was delivering a speech at the opening of an exhibition called ‘Russia in the Eyes of Turks’ at an art gallery in Ankara on Monday. The gunman, who was killed at the scene, was identified as 22-year-old Mevlut Altintas, a member of Ankara’s riot police force.


Russian and Turkish teams are now working in Ankara in attempts to figure out the details of Karlov’s assassination....