Russia-Turkish Relations Could Spiral out of Control

Russia Turkish Relations Could Spiral out of Control

Russia learns more and more as the defeat of Radical groups in East Aleppo uncovers a major operation backed by Western Coalition. US and Britain combined have 300 Boots On the Ground in Eastern Aleppo, supposedly the majority were trainers but reports are coming out that some have fought side by side with such terrorist groups as Al-Nusra, and Al Qaida. With all this happening Turkey Sends Up Twelve F-16 Daunting Russia.


Along with Jihadists there are British and American troops

TURKEY scrambled six pairs of F-16 fighter jets this evening in a fresh show of military might. 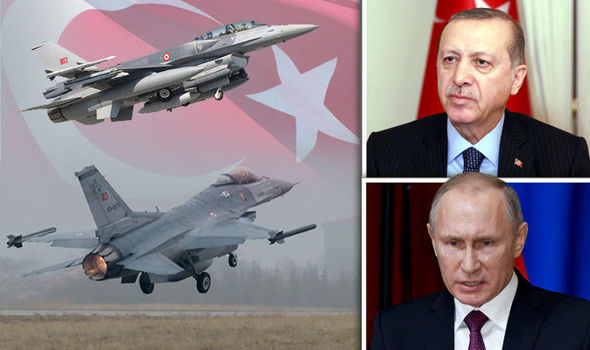 They took off from Eskisehir Air Base at around 7:30pm local time (4:30pm UK time) with "loud blasts", a Turkish source said.

It comes just a day after Russia's ambassador was shot dead in the Turkish capital Ankara, ramping up tensions between the two countries.

Moscow responded with fury, with a spokeswoman for the Foreign Ministry saying it regarded the assassination as an "act of terrorism".

Turkish president Recep Tayyip Erdogan is understood to have made a panicked phone call to Vladimir Putin in the wake of the murder.

No group has claimed responsibility for the attack, which is said to have been motivated by Russia's intervention in war-torn Syria.