Alexander Mercouris is absolutely correct. This is all about Donald Trump 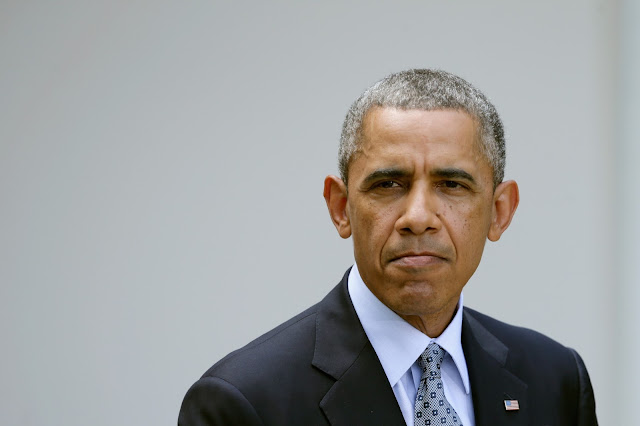 These target Russia’s two intelligence agencies which were supposedly concerned with the alleged cyber attacks during the US election – the FSB and the GRU – and what appear to be three institutions involved in IT work – the Professional Association of Designers of Data Processing Systems, the Special Technology Centre, and Zorsecurity, formerly known as Esage Lab or Tsor.

In addition to these five entities four high ranking officials of the GRU have also been added to the sanctions list.

Obama has also announced the expulsion of 35 Russian diplomats from the US, giving them just 72 hours to leave, and has closed two Russian diplomatic compounds in the US.  He has also said that he will provide Congress with a report on Russian cyber activity during this and previous US election cycles.

Like many of Obama’s other recent moves, this one is not really targeted at Russia.  The additional sanctions will hardly affect Russia, though the wholesale expulsion of Russian diplomats will undoubtedly complicate the work of Russian diplomatic missions in the US.

The true target of these sanctions is Donald Trump.

By imposing sanctions on Russia, Obama is lending the authority of the Presidency to the CIA’s claims of Russian hacking, daring Trump to deny their truth.

It is a well known lawyer’s trick, and Obama the former lawyer doubtless calculates that either way Trump’s legitimacy and authority as President will be damaged, with the insinuation that he owes his Presidency to the Russians now given extra force.

Like so many of Obama’s other moves in the last weeks of his Presidency, it is an ugly and small minded act, seeking to undermine his successor as President in a way that is completely contrary to US tradition.

Donald Trump – very wrongly – was one of those who cast doubt on Obama’s American birth; a deeply personal issue which Obama would be only human if he found difficult to forget or forgive.  As for Putin, Obama’s dislike and jealousy of Vladimir Putin, who has consistently bested him throughout his Presidency, is hardly a secret.

It seems that as he quits the Presidency Obama cannot put these feelings of jealousy and resentment aside, but is determined to use the few weeks left to him to make life as difficult for Trump and Putin as he can after he is gone.

Zakharova on Obama's threats: If Washington takes new hostile steps, it will receive a tough answer

The new US sanctions against Russia are another manifestation of the unpredictable and aggressive foreign policy by the Obama administration, Dmitry Peskov, the Kremlin press-secretary, said.

“In our point of view such actions of the US current administration are a manifestation of an unpredictable and even aggressive foreign policy,” Peskov told the journalists.

"We regret the fact that this decision was taken by the US administration and President Obama personally," he said.

"As it said before, we consider this decision and these sanctions unjustified and illegal under international law," the presidential spokesman dded.

The US restrictions won’t be left unanswered by Moscow, Peskov said, promising “adequate, reciprocal” reaction “that will deliver significant discomfort to the US side in the same areas.”

However, he added that “there’s no need to rush” with the countermeasures against Washington.

"Considering the current transition period in Washington, we still expect that we’ll be able to get rid of such clumsy actions… of behaving like a bull in a china shop, and that we’ll be able to make mutual joint steps to enter on the path of normalization of our bilateral relations," the spokesman said.

Earlier Thursday, Obama announced a set of countermeasures in response to what he called “the Russian government’s aggressive harassment of US officials and cyber operations aimed at the US election.”

US issues more sanctions on Russia over alleged election hacking

Thirty-five Russian diplomats have been expelled from the US, with the president calling them “intelligence operatives” and also announcing the closure of two Russian compounds, in New York and Maryland.

According to Obama, nine Russian entities, including the GRU (Russian Military Intelligence) and the FSB (Federal Security Service), have been sanctioned.

The Obama administration and the losing Democratic presidential candidate, Hillary Clinton, have accused Moscow of being behind cyberattacks that targeted Clinton and her campaign chairman, John Podesta, during their campaign.

They said that the whistleblower website WikiLeaks obtained the damaging hacked emails, which dashed Clinton’s chances to win, from Russian intelligence agencies.

The claims were denied by both WikiLeaks and Moscow on numerous occasions, with Peskov earlier calling them“nonsense” in an interview with RT.