Following the liberation of Aleppo, Syrian soldiers have made a gruesome discovery while inspecting the freed city: bodies of dead children with signs of flendish tortures. 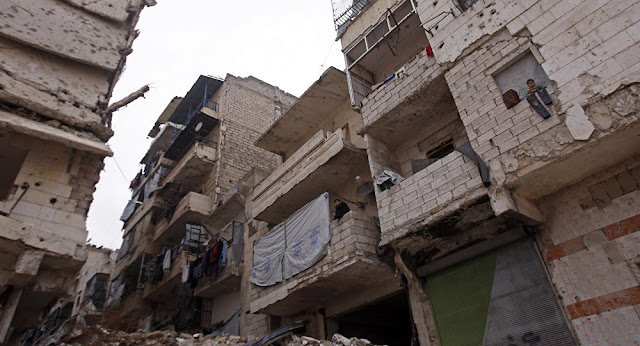 
DAMASCUS (Sputnik) – Syrian servicemen have discovered the bodies of people, including children, executed by terrorists in one of the schools in eastern Aleppo, military police prosecutor Samer Yousseff told Sputnik Arabic.

"The bodies of the dead children and adults have traces of executions, including cut off heads and gouged out eyes," Yousseff said on Friday, adding that all of the bodies will undergo DNA verification at a hospital.

According to preliminary information, the people were executed four to five days ago, some of them were shot at from a close distance, no more than one meter (about 3 feet), the Syrian police said.

On December 16, the Russian Defense Ministry's center for Syrian reconciliation said that the Syrian army operation to liberate the eastern neighborhoods of Aleppo was over.

The International Committee of the Red Cross (ICRC) said on Thursday that the evacuation of people from Aleppo had been completed. Some 40,000 people, including militants, left the city since evacuations began a week ago following consultations between Russia, Turkey and Iran.

Syrian government forces have been fighting against multiple opposition and terrorist groups, including the Islamic State (IS, also known as Daesh, which is banned in Russia and a number of other counties) and Jabhat Fatah al Sham, formerly known as Jabhat al-Nusra, or Nusra Front. The Syrian civil war has been ongoing since 2011.
Posted by seemorerocks at 11:53