At the edge of extinction everything collapses

Never a truer word was said!

Collapse of the Radical Liberal Order 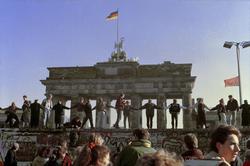 Liberalism is suffering the same fate of other modern Western ideologies, namely Socialism and various forms of Nationalism. Each presented themselves as competing alternatives to the status quo, i.e. the establishment of the time. Each initially aspired to be inclusive. Once each achieved a degree of political traction and legitimacy, elements within each sought to monopolize politics and power. This result was the totalitarian temptation.

In some cases Socialism, the outcome of modern capitalism and the rise of the industrial working class, eventually morphed into Bolshevik terror and dictatorship in Russia, and duplicated around the world. Other strains of Socialism, particularly in the West, lost most of its ideological vigor and largely attempted to imitate Liberalism in every way except in name. The most radical forms of Socialism (Soviet-styled communism) collapsed due to its own internal contradictions and inefficiencies, as well as intolerance to other worldviews.

Nationalism experienced many of the same processes and distortions.
Nationalism provided communities with a sense of identity and afforded the state a modicum of cohesion. The result was the creation of the modern day nation-state. With the arrival of the nation-state, then came along the idea of self-determination. Self-determination became one of the two foundations of the international order (the other being the sanctity of legal borders). Socialism long grappled with the idea of the nation-state and Nationalism, though Liberals embraced both.

Then followed the extreme from of Nationalism: Fascism and radical ethno-nationalism. Fascists abhorred Liberalism and Socialism and largely succeeded in destroying both. Fortunately Fascism in Europe as an ascending worldview was short run, though elements continue to exist – Ukraine comes to mind. Like the radical forms of Socialism, Fascism suffered its own internal contradictions, intolerance, and the sacrifices of the Soviet Union’s Red Army.

Now it is Liberalism’s turn. Instead of presenting itself as the most attractive and moderate ideology compared to Socialism and Nationalism, Liberalism too is afflicted by the totalitarian temptation. Liberalism repeatedly fails to live up to its own core tenets:

— The idea of democracy is merely a tool of social control maintaining Liberal dominance and eventual political (and power) monopoly;
— Liberalism embraces Empire and neo-imperialism;
— The state is hijacked, captured and re-made in the image of Liberalism;
— Tolerance of any worldview is deemed out of the question and to be challenged and eliminated;
— Freedom speech is allowed only if it is Liberal speech;
— The global economy is geared to advance the interests of the Liberal order;
— Identity is constructed and imposed from above.

Today’s radical Liberalism is following in the same footsteps as the most radicalized forms of Socialism and Nationalism. Liberalism in many ways resembles the intolerance of radical Islamic jihadists. Both deny the legitimacy of other worldviews. In many ways both owe each other their existence. And both will experience the same fate of radical Socialism and radical Nationalism.

Peter Lavelle is host of RT’s political discussion program CrossTalk. His views may or may not reflect those of his employer.