Where is Eric Draitser?
Seemorerocks 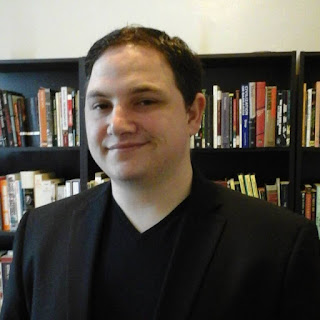 Checking my Facebook newsfeed I found an item from Eric Draitser of stopimperialism.com that made me realise that he has become almost invisible in recent months.

It is not so many months since he was a regular-as-clockwork contributor to RT and Press TV and a regular guest in conversations with Don DeBar and Mark Sleboda on CPR News which I used to listened to without fail.

He has always been a person who is supremely confident in his own prognostications (and he covered every situation under the sun) but in recent times seems to have specialised in threats to excommunicate "fascists" who disagreed with his views on the very polarising figure of Donald Trump.

This piece that he placed on his timeline yesterday made me ask questions about where Eric Draitser is at and of whether he might have fallen out with erstwhile friends (I can't confirm this).  If he has I can now understand why that might be the case.

For Russians, Bleak Realities at Home 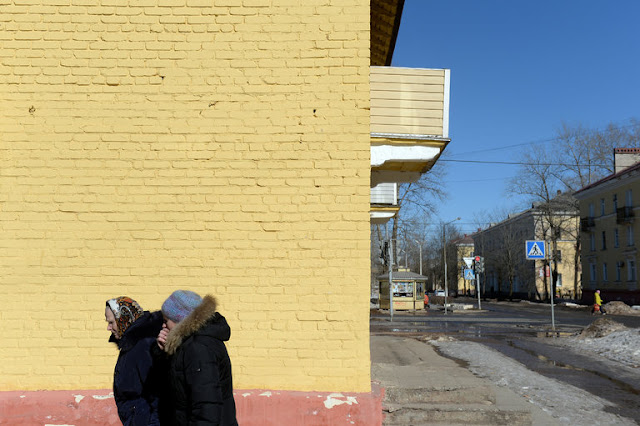 I've recently spoken with colleagues from Russia, two of whom are in Moscow/St. Petersburg and two of whom are in other parts of the country, who have confirmed the essential points of this article. The economic situtation in Russia is dire with even middle class people foregoing basic purchases such as new shoes.

You certainly won't hear such information from RT, but you'd be wise not to ignore it. Russia may be fashioning for itself an international image as political rival and counterweight to US foreign policy, but in real economic terms Russia remains predictably weak.

---------
"Incomes are declining, and poverty is on the rise. The economic slump that started in 2014 hit those least protected. Since 2013, the number of people living below the official poverty line has grown from 15.5 million to 21.4 million this year — 14.6 percent of the population. The official threshold of poverty currently stands at 9,889 rubles a month ($160). If a European formula for poverty measurement (60 percent of median income) were used, the figure would be much higher.

"Behind Russia’s recession, which is slowly morphing into stagnation, are the weakened price of oil in recent years and some longer-term factors, like the state’s growing role in economic matters and an unwelcoming business climate. The decline started long before Moscow went into Ukraine or Syria. The systemic nature of the current crisis is underscored by the fact that even with the oil price hovering at $50 a barrel, the Russian Finance Ministry does not project the country’s economy growing faster than 1.5 percent annually, all the way to 2030.


"This is a man-made situation, not destiny. Central control of what Mr. Putin calls strategic economic assets and a heavily controlled social order have been his priorities since he took power in 2000. He dismantled the fledging competitive political scene Russia had in the late 1980s and the 1990s, got rid of most independent institutions and renationalized the economy. The share of state-owned and state-controlled companies contributing to gross national product increased from 35 percent in the early 2000s to 70 percent now. The number of state and municipal unitary enterprises tripled just from 2013 to 2015. “Russia now has the kind of state monopoly capitalism that troubled Vladimir Lenin so much more than a century ago,” Boris Grozovsky, a prominent writer about the Russian economy, concluded recently in an article for The Russia File."

My question is WHY he is quoting an article published in the NY Times, not necessarily the facts of recession in the country hitting the poor

This NYT makes NO reference to continuing (and now growing) sanctions imposed on it or of economic warfare being waged by the Americans and the Saudis in an effort to bring Russia down.

It would surprise me if there were no consequences as a result of actions against Russia and indeed Russia has been in recession since 2015 although the situation has been far from the economic collapse so gleefully predicted by western pundits.

The author of the article seems to look back with some longing to the Yeltsin years ("He dismantled the fledging competitive political scene Russia had in the late 1980s and the 1990s, got rid of most independent institutions and renationalized the economy") .

Is there no one who remembers the chaos of the Yeltsin years, the gangland wars waged on the streets of Moscow where the show was run by the Russian mafia and corrupt oligarchs like Berezovsky, Khodorovsky et al? These were the years when Russia's industry was dismantled and everything tht could be moved was stolen and sold off at rockbottom prices.

Putin's contribution has been to get rid of the worst of the excesses of the 90's, essentially bringing the country back from the brink and delivering higher living standards to the population.


As for the The manipulation of the election of 1996 that put an unelectable Yeltsin back in power to top the Communists from winning,  is so well-known that a movie was made about it.

I really have to wonder why he is quoting this inaccurate opinion piece from the NYT.

There is a war being waged against Russia with evidence that the Americans are acting to send Russians home in bodybags and Eric Draitser is essentially identifying with the enemies of Russia (i think of Mike Ruppert's characteristion of InfoWars as 80% facr and 20% disinformation) - in times of war the 20% disinfo takes on  special importance.

I looked back at stopimperialism.com and noticed that there has been nothing of Mr. Draitser's  previous commentaries for about 6 months. It all comes to a screaching halt earlier in 2016.

Except for an article from October which seems to offer a clue:

Syria and the Left: Time to Break the Silence

"To the pro-Assad Syria fetishists, I ask: Will you continue to pretend that the only crimes and atrocities being committed are those veiled behind Old Glory? Are you comfortable in the knowledge that this war will continue on indefinitely so long as all outside actors continue to use Syria as merely a square on their respective geopolitical chessboards? Will you continue to delude yourselves by refusing to accept the plainly obvious truth that no state or group has the best interests of Syrians at heart? Will you allow yourselves to be the useful idiots of carefully calculated political maneuvering?"


In times like now this sort of “reasoning” is at best disingenuous.

Are the journalists on the ground like Venessa Beely just “useful idiots”?

Perhaps the question that needs to be asked is: has Eric Draitser become the “useful idiot” of American imperialism?