The German government is seeking to create a center of defense against disinformation ahead of next year’s elections, in the wake of ongoing “fake news” and "Russian hackers" hysteria generated during the election cycle in the United States.

The Federal Press Office in the Chancellery, which has a staff of over 500 professionals, will take the leading role in establishing the fake news defense center, Der Spiegel reported quoting a note from an anonymous Interior Ministry staff member. 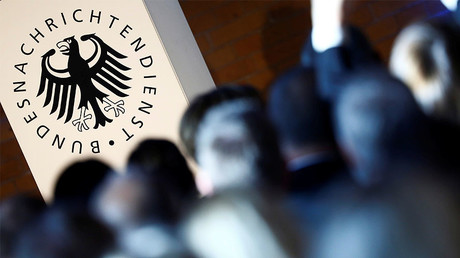 Berlin warns of ‘Russian hackers’ ahead of German 2017 election

According to the Interior Ministry plan, the center will focus on offering “intensification of political education work” with groups susceptible to “fake news” – namely “Russian-Germans” as well as“Turkish-speaking people.”

The creation of the center “should be negotiated very quickly,” the magazine said quoting the note, which also urged that political parties establish ground rules for the 2017 election campaigns. According to report, the Interior Ministry also urged politicians not to use social bots and disinformation techniques during the election cycle.

Social Democratic Party parliamentary chairman Thomas Oppermann called for social media outlets to be prosecuted for their role in validating fake news.
“If, after the relevant checks, Facebook does not immediately, within 24 hours, delete the offending post then [it] must reckon with severe penalties ofup to 500,000 euros,” Oppermann told Der Siegel.

Others like Patrick Sensburg (Christian Democrat), in an interview with Deutsche Welle on Tuesday, argued that the government should be “ratcheting up the statutory offenses” against fake news producers and “take action against the people who run these websites.”

Anti-Russian hysteria erupted last summer when US Democratic candidate Hillary Clinton alleged that Moscow had engaged in hacking to damage her bid for the White House. While offering no proof, the Democrats accused the Kremlin of hacking into their computer networks and publishing sensitive information via WikiLeaks in order to swing the vote in favor of Clinton’s GOP rival Donald Trump.
Russia, in turn, has repeatedly denied the accusations, stressing that it has no interest in influencing the US election or any other country’s political choices. Trump and WikiLeaks have also denied the accusations.

Following the US election race, Berlin went on to accuse Russia of being involved in a number of hacking attacks, including on Deutsche Telecom and parliament. In the latest set of accusations, which saw the files of over 900,000 Deutsche Telecom customers compromised in late November, Merkel suggested that “such cyberattacks, or hybrid conflicts as they are known in Russian doctrine, are now part of daily life and we must learn to cope with them.”

The Federal Office for Information Security for its part revealed that the attack was executed with the help of the so-called Mirai worm, which was allegedly developed by Russian hacking group Sofacy. According to reports the malware was well known to the German security services as the one used in an attack on the German parliament back in 2015.

On Sunday Germany's Frankfurter Allgemeine Sonntagszeitung newspaper published an article that quoted a high-ranking anonymous security official who claimed that it was “highly plausible” that Russian hackers were behind a German parliamentary hack in 2015.

Yet, according to a Spiegel report published earlier this month, Russian hackers were not the source of the recent WikiLeaks release of 2,420 secret files on German-US intelligence cooperation and a parliamentary inquiry.

“Contrary to various media reports, there is absolutely no indication that the documents were stolen during a cyberattack on the Bundestag in the year 2015,” Der Spiegel wrote, citing its own source.