One killed in explosion in Istanbul Sabiha Gökçen Airport

http://www.hurriyetdailynews.com/one-killed-in-explosion-in-istanbul-sabiha-gokcen-airport.aspx?pageID=238&nID=92895&NewsCatID=341
One cleaning staff member was killed early Dec. 23 at Istanbul’s Sabiha Gökçen Airport in an explosion whose cause has yet to be determined, while another was wounded.

Burgulu is continuing to receive treatment at the Marmara Education and Research Hospital.

“An explosion whose cause remains undetermined took place on the apron of Istanbul Sabiha Gökçen Airport at 2:05 a.m. on Dec. 23, 2015,” Pegasus Airlines announced in a written statement.

“Two fellow janitors who were inside a Pegasus aircraft at the time of the incident were wounded in the explosion and transferred to a hospital. There were no passengers inside the boarding bridge or inside our plane,” the statement added.


Some witnesses, however, claimed to have heard three consecutive explosions.
The company which operates the airport, Istanbul Sabiha Gökçen International Airport Investment Development and Operation, also released a statement noting that an investigation was ongoing to determine the cause of the explosion.

“There are no problems in take-offs or landings at our terminal; our flights are continuing smoothly,” it said.

Police launched an investigation with a helicopter to determine the cause of the incident and apprehend any possible suspects.

A recent statement by a Turkish official revealing detailed awareness of Russian Air Force sorties in Syria can be regarded as “official acknowledgment” that the operation to down the Su-24 was a planned step, Russia's Ministry of Defense said.

“When on November 24 the Turkish fighter jet treacherously fired a rocket at our Su-24, the Turkish General Staff was perfectly aware about when and where our two bombers would be carrying out their mission,” ministry spokesman Major General Igor Konashenkov told journalists on Wednesday.

The statement recently made by Turkish Deputy Prime Minister Numan Kurtulmus in which he provides information on Russian sorties in Syria, “can be regarded as official acknowledgment by Turkey that the operation to destroy the Russian jet in Syria and kill Russian soldiers was a planned step,” he said. 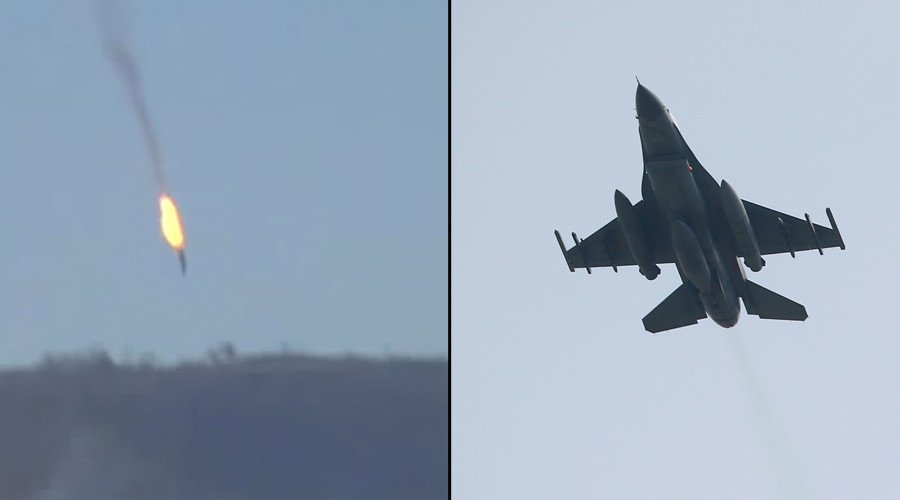 Ankara’s awareness of Russian military operations in Syria confirms that all intelligence given to the US under the memorandum signed between the two countries and regulating the operations of their air forces in Syria was passed to the Turkish General Staff, he dded. 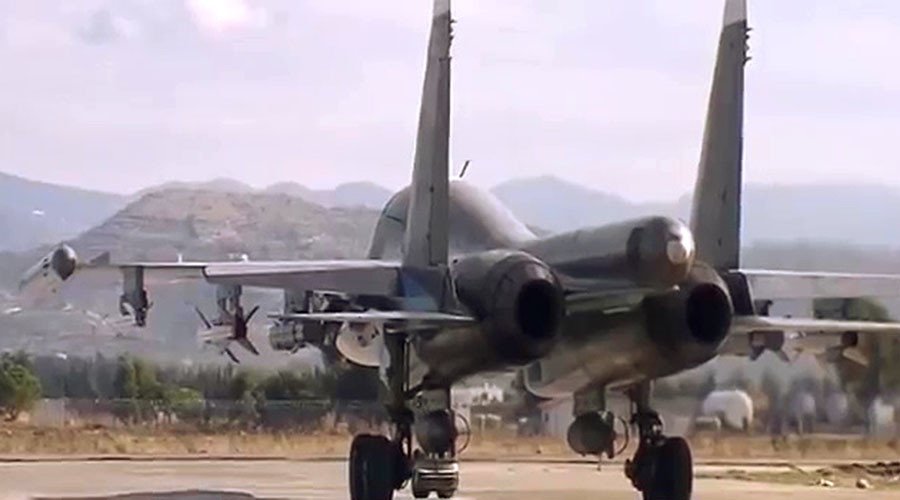 According to the intelligence obtained on the camp, the terrorists who arrived there via Turkey also included CIS citizens. The information was provided by the Syrian opposition.


Speaking about the report published on Wednesday by Amnesty International, Konashenkov said it includes no facts, only “clichés” and groundless accusations.
The NGO’s report accused Russia of failing to acknowledge it carried out strikes that “killed hundreds of civilians and caused massive destruction in residential areas.” The report was based on eyewitness testimonies and videos “showing the aftermath of the attacks,” the human rights group said.

Amnesty concluded the attacks were “identified as suspected Russian air strikes” after analyzing the material. It also suggested the attacks “may have violated international humanitarian law and may, in some circumstances, constitute war crimes.”

Konashenkov said there is nothing new in the report and the most striking thing are the words “seem” and “appear,” which are used to describe the reports of the so-called “Russian attacks.”

The report consists of “continuous assumptions, without any evidence,” he said. Some of the Western media which published the report did so without specifying it included assumptions and instead presented them as “hard facts,” Konashenkov added.


EU calls for ceasefire amid clashes in Turkey’s southeast 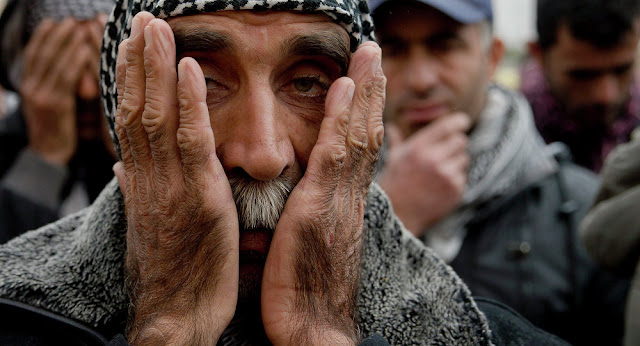 The situation in the region deteriorated after serious clashes between the Kurdistan Workers’ Party (PKK) and the Turkish security forces. In the middle of October, about 100 people died as result of a bomb attack in Ankara on the Kurdish peace demonstration.

According to the newspaper, the local population describes war-like conditions and significant number of victims. One of the local residents told the newspaper Today's Zaman that they have no running water and that electricity transformers have exploded.

“I have seven children, they can no longer attend school. We have to drink the water, which we normally use in the toilet,” the woman said.

Another local resident said in an interview with Today's Zaman that his 11-year-old daughter was hit by a bullet when she went to buy bread. People no longer dare to go to the streets and that is why her body lied on the ground for about 15 minutes before anyone could go and help her, but it was too late.

"Now I have only two children left. We are in a poor situation," the man said, adding that he managed to take his family away from the conflict zone, but lacks money and can’t make ends meet.

The operation Ankara is carrying out in southeastern Turkey is war against its own people, a German journalist wrote earlier in an article for Neues Deutschland.

The main goal of the operation, according to Ankara, is to eliminate Kurds who seized towns, constructed barricades and dug trenches.

The so called anti-terrorist operation started last week and has involved nearly 10,000 military and police forces. As result of the offensive, over 100 PKK militants have been destroyed.

Police deployed tear gas and water cannon against several thousand protesters gathered in the streets of the Turkish city of Diyarbakir to protest against the curfew imposed on the city. In recent months, Ankara’s increasingly aggressive foreign policy has become the center of global attention. Looking back to the origins of the neo-Ottomanist ideology which drives Turkey’s risky foreign adventurism today, a classified US State Department cable from 2010 confirms that Washington saw President Erdogan’s dangerous shift in foreign policy coming, but couldn’t do anything about it – or worse, chose not to.

From the provision of support to radical Islamist rebels in Syria, to the alleged trade in stolen ISIL oil, to the provocative downing of a Russian military plane, to the army’s incursion into Iraq, Ankara’s increasingly unhinged foreign policy decisions have become a mainstay on the front pages of the world’s press.

Who could have predicted, only a few short years ago, that the ruling Justice and Development Party would pivot, so quickly and so drastically, from a foreign policy of ‘Western orientation’ and ‘zero conflicts with neighbors’, to one of confrontation and ‘neo-Ottomanism’? Well… the US State Department did, apparently.

In a confidential diplomatic cable written in early 2010 and since published by WikiLeaks, Ambassador to Turkey James F. Jeffrey suggested, albeit in a somewhat muted manner, that Washington’s long-time allies in Ankara were becoming infatuated with a new, «more Islamic», «more independently activist» «neo-Ottoman» ideology – one which could present «major challenges» for US interests.

The shift, the cable explained, was influenced by a number of political, economic and geopolitical factors, and was spearheaded by the ruling Justice and Development Party (AKP) – the big-tent political coalition of Islamists, conservatives and nationalists formed in 2001 – which would come to dominate the country’s political system by the mid-2000s.

According to the document, Ankara’s new ideology, epitomized by then-Prime Minister Recep Erdogan and his Foreign Minister, Ahmet Davutoglu, was leading to a gradual partial shift away from Turkey’s ‘traditional Western’ and ‘zero conflicts’ trajectories, and toward ‘neo-Ottomanism’ – the desire to regain Turkey’s place in the sun as a great imperial power.

In an apparent attempt to soothe his readers, Jeffrey made sure to emphasize that the traditional orientation of cooperation and integration with the West, instilled by Mustafa Kemal Attaturk following the collapse of the Ottoman Empire, still «represents the core of Turkish foreign policy». Turkey, Jeffrey stressed, remains a «major NATO ally» and the «US anchor in the Middle East».

A Harbinger of Terrible Things to Come…

Nonetheless, a shift was occurring. The cable pointed to then-Foreign Minister Davutoglu’s «extraordinary speech in Sarajevo in late 2009», where Davutoglu effectively declared that the Balkans, Caucasus, and Middle East were all better off when under Ottoman control or influence, with peace and progress prevailing in the territories under Turkey’s shadow. «Now», the cable summed up, «Turkey is back, ready to lead – or even unit».

The cable noted that «while this speech was given in the Balkans, most of its impact is in the Middle East».

«Davutoglu’s theory», the document explained, «is that most of the regimes there are both undemocratic and illegitimate. Turkey, building on the alleged admiration among Middle Eastern populations for its economic success and power, and willing to stand up for the interests of the people, reaches over the regimes to the ‘Arab street’».

Ultimately, the cable’s allusions to Turkey’s disdain for the regimes in the region goes a long way in explaining Ankara’s highly activist position during the so-called Arab Spring, which spread like a wildfire across the region in 2011, toppling the regimes of pro-Western dictators and anti-American, anti-imperialist holdouts like.

In a portent of things to come in the aftermath of the Arab pseudo-revolutions of 2011, and Turkey’s role in them, from the smoldering Libyan civil war to the ongoing and brutal civil conflict in Syria, Jeffrey suggested, almost prophetically, that «sooner or later…Turkey will have to produce results, take risks, commit real resources, and take hard decisions to augment a policy now consisting mainly of popular slogans, ceaseless trips, and innumerable MOUs of little importance».

Fertile Ground for the Shift to Neo-Ottomanism

The US Embassy cable lays out the causes for Ankara’s drift toward neo-Ottomanism in a neat and simple manner, suggesting that growing Islamization at home (and its limits), combined with the resources made available by a generally successful economic development strategy, and disillusionment with the European Union, have all played their role. The declining political clout of the military (which, incidentally, would undergo a dramatic purge in 2012 following an alleged coup plot), is another important factor, according to the cable.

Furthermore, more abstractly, the document suggests that in the post-Cold War world, Ankara has seen a decline in and relativization of its dependence on the ‘Western anchor’, joining other emerging powers in the developing world which benefit from institutions created by the West while pursuing their own «Third Worldish policies and rhetoric».

Opportunism and the Apparent Limits of US Power

Ultimately, instead of challenging Turkey’s budding neo-Ottomanism, or suggesting that Washington should attempt to bring its not-insignificant influence to bear over Ankara’s new foreign policy approach, the cable suggested that the US would «have to live with» this new, neo-Ottoman Turkey.

Pointing out that Ankara’s attempts at becoming a regional heavyweight could have the positive prospect of relieving the US of some of its imperious ‘responsibilities’, the cable nevertheless laments that this «comes with a certain loss of control», with «Turkey’s new foreign policy [thus serving as] a mixed bag for us».

Still, perhaps in fear of losing even more influence, should neo-Ottomanism become anti-American to boot, the cable emphasizes that «on a whole host of key issues of supreme importance to us – Afghanistan and Pakistan, cooperation in and on Iraq, NATO efforts … Turkey is a crucial ally, and our use of Incirlik, Habur gate, and Turkish airspace for our Iraq and Afghanistan operations is indispensable».

Ultimately, Jeffrey suggests that «in any case, sooner or later we will no longer have to deal with the current cast of political leaders, with their special yen for destructive drama and – rhetoric».

However, in a twist with more than a hint of orientalist bias, the ambassador also suggests that «we see no one better on the horizon, and Turkey will remain a complicated blend of world-class ‘Western’ institutions, competencies, and orientation, and Middle Eastern culture and religion».

In this situation, the cable suggests that for its part, Washington will have to interact with the new, neo-Ottomanist Ankara in a pragmatic fashion, on an «issue-by-issue-approach». Almost six years on, with the situation in Turkey and the Middle East becoming exponentially more complicated, it’s worth pondering exactly which issues – from Ankara’s support for jihadist extremists in Syria, to its shoot down of a Russian plane, to its purchase of stolen ISIL oil and, most recently, its incursion into Iraq – were met with understanding and approval from Washington.