But, in the meantime, from Prof. Guy McPherson – his considered opinion:

"We're fucked and the govt knows it. The govt has plans to release a bioweapon in the U.S. AS SOON AS this summer. It will kill everybody in the country. There's more, too, and none of it is good."

Information you won't hear anywhere else 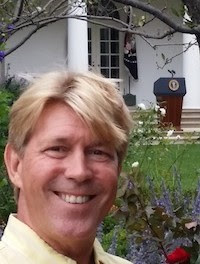 This week we were joined by Mark Austin, a former student of Guy’s at the University of Arizona and, more recently, government contractor and truth-teller.

For the past 14 years, Mark has worked in several capacities for the U.S. Department of Homeland Security since its inception.

We’ll dedicate next week’s show to discussing it on the air. Please call in with your comments and questions after listening to this show.

The following are my own comments -

I have just come home from a short walk to try and clear my head after listening to what was that of a bombshell. I can't really think of anything else right now so I just have to sit down and absorb what are you just heard as best I can.

Guy and Mike interviewed Mark Austin who is an old student of Guy’s who was obviously hugely impressed by him.

He has spent the last few years working as a contractor and advisor for numerous Federal departments, including Homeland Security

He has specialised in areas that relate to nuclear and visited many of the problem areas.

He took it upon himself to organse to have Guy (as the person with the knowledge of abrupt climate change and how this relates to possible simultaneous meltdown of 400 nuclear power plants),  to consult with Homeland Security. He said he was on the home run to getting this organised and it suddenly fell apart when a superior came back saying “we can't have this person – he's a radical anarchist and - ecoterrorist!”

It was confimation that there is knowledge of Guy’ s work going right up to the top level.

What Mark had to say is so mind blowing that one can have, it would seem, only one of two reactions:

Either this guy is so over the top, insane even, that he shouldn’t be listened to, or – and this is what I believe – he has good information, good connecttions and is entirely credible and is blowing the whistle on something that is darker than anything you could imagine.

In such a case you might need to sit down, preferably with a stiff drink, to absorb his shocking message.

Of course, I don't exclude a third possibility, which is to shrug one's shoulders in incomprehension, change the TV channel, or go shopping.

Such people are ready for the insane asylum that they are in fact already inhabiting.

Mark was understandably more than a little nervous presenting his message and when you hear him you’ll understand why.

It takes a little absorbing, so I sat down to listen a second time and take some notes. This, at least in part, is what I gleaned.

He talked about the amazing technology that they have, things we have not heard of, including technology to reflect heat back into space. The people running the show have all the knowledge about the dangers of abrupt climate change but are also being advised by people who are saying that it is all far in the future and is all fixable with technology.

Guy asked him what he thought was the greatest threat to civilsation and he said that his main concern was the $5.6 trillion biodefense budget.

Everyone - the Americans, the Russians, the Chinese are right up-to-the-play with the potential for the weaponisation of diseчase sequences.

Everyone, he says, is testing

This technology has the potential to take out 6 billion people.

He talks about 239 cases where bioweapons have been tested on the lcoal population, in the US alone, and recent reports of tests on anthrax and bubonic plague being carried out on the South Korean population

He says other populations, such as the Chinese (and to a greater-or-lesser extent the Russians) are controllable by their leaders. The Americans, he says, are known as a problem, being “very feisty and hard to control”.

He says there is research out there that he is aware of, carried out by the Rand Corporation, ALAC etc, that indicates consideration is being given to unleashing a bioweapon that would take out the entire US population – and they are talking about this coming summer.

We are talking about the powers-that-be using bioweapons against their own population.

He repeated several times that this is verifiable and comes from actual reports and the information he is revealing is not classified but within the public domain.

If things were to unravel very quickly – and this does not include major environmental disaster,  right up to whole cities like Miami disappearing under water with a king tide - (these are regarded as unimportant)-  such an option may be put into operation.

What they are talking about are things that make the running of business-as-usual no longer possible.

Essentially they are talking about their own survival.

If something like abrupt climate change, the clathrate gun, was to came to pass this wouldn't happen but the time scale they are talking about is this summer.

On level of the military-industrial complex everyone's involved and “all are equal partners:

They have their skirmishes, even large skirmishes (which are dangeous) but ultimately they're interested only in themselves.

Essentially it comes down to doing business as usual until you can't.

On nuclear Mark said if there’s a depopulaton event there is still a nuclear problem that needs to be dealt with. It takes a minimum of 5-7 years to do the minimum, remove fuel rods, cool and cask – to remove immediate risk of catastrophic meltdown.

The problem still remains to be dealt with in the following 100 years.

The biggest problem was that of multiple, catastrophic meltdowns, each in itself an extinction event.

His last word was – indeed, he had been dealing with a bunch of lunatics

More material supporting this will be posted on this when it becomes available
Posted by seemorerocks at 12:04