"Trump Voters Are Not Just Angry - They Want Revenge" 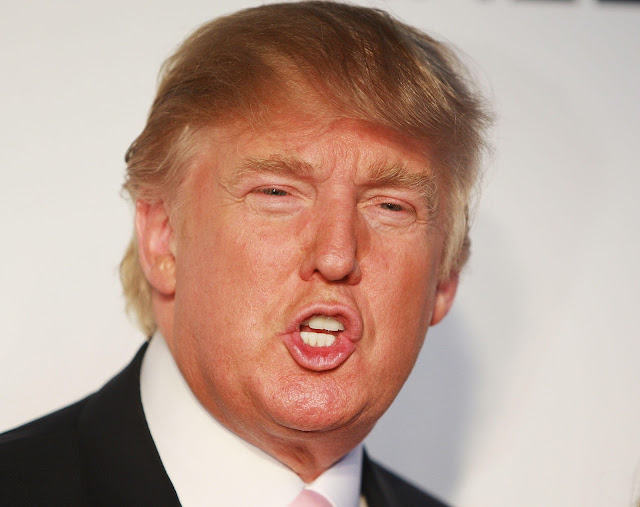 
Outraged by what Donald Trump says? You are not alone. No high-polling presidential candidate in the modern era has so intrepidly drawn the ire of so many within the American electorate. And there remains no end in иsight.


Yet in rendering one voting bloc utterly apoplectic, he has appealed viscerally to another. The balance of middle ground politics is not, shall we say, Mr Trump’s bailiwick. But America is no longer a middle ground country. We are already scared by our division — and it is getting worse.


The simple truth is, the more provocative his language, the deeper and more passionate his support. He is no dummy; there is a method to his proverbial madness. Mr Trump says — to the growing legions who will listen — what tens of millions of Americans are already thinking. Respect or revile him, the man has hit a vein.


I spent three hours in a deep dialogue focus group with 29 Trump supporters. The phenomenon of “The Donald” is rooted in a psyche far deeper and more consequential than next November’s presidential election. His support denotes an abiding distrust in — and disrespect for — the governing elite. These individuals do not like being told by Washington or Wall Street what is best for them, do not like the direction America is headed in, and disdain President Barack Obama and his (perceived) circle of self-righteous, tone-deaf governing partisans.


Trump voters are not just angry — they want revenge.


Mr Trump has adroitly filled the vacuum of vitriol, establishing himself as the bold, brash, take-no-prisoners megaphone for the frustrated masses. They see him as the antidote to all that Mr Obama has made wrong with America. So to understand why millions love Mr Trump so much, you have to take a step back and listen to why they hate Mr Obama so much.


Here, my Trump voter focus group was particularly illuminating. Some still believe the president is not Christian. Many believe he does not love America. And just about all of them think he does not reflect the values the country was built upon. Indeed, within this growing faction, Mr Trump has licence to say just about anything. As we have seen repeatedly, the more outrageous the accusation, the more receptive the ear.


Mr Trump delights in unleashing harsh attacks on Jeb Bush, the Republican establishment and the “mainstream media”. His childlike joy in ridiculing his critics is tantamount to healing balm for the millions who have felt silenced, ignored and even scorned by the governing and media elite for so long. Is it any wonder that his declaration of war against “political correctness” is his most potent and predictable applause line?

Straight-talking candidates are nothing new in American politics. From Ross Perot in 1992 to John McCain in 2000, from Howard Dean in 2004 to Sarah Palin in 2008, they rise like a rocket on the fuel of their seemingly fresh and unencumbered aversion to traditional politics. They purport to say what they mean and mean what they say — bucking established electoral trends and ruffling established political feathers. Then they crash. The media turn sour. The message grows stale. The electorate gets bored.


Mr Trump is different. The media attacks on him have been fast and furious. Yet he has defied electoral gravity because the blows are delivered by an institution that is distrusted and an elite political and business establishment that is detested.

Meanwhile, voters consistently tell pollsters like me that negative attacks do not work; they hate the ad hominem assaults. Mr Trump? He dines out on them. As his devotees see it, it is not Mr Trump going negative. It is him telling the truth. And when he fights back, he’s throwing punches on their behalf. He said something outrageous? “He’s simply raising an important issue nobody else has the courage to talk about.” He insulted someone? “That’s just him campaigning. He won’t do that as president.” He changed his position? “That was a long time ago. Everyone’s entitled to change their mind.” He doesn’t have many policy specifics? “He doesn’t need them. He’ll surround himself with smart people.” They will justify any action, explain away any contradiction, and dismiss any criticism because they are so personally and passionately invested in him.

And here is the prediction that will furrow brows on both sides of the Atlantic. Mr Trump’s supporters today will be Mr Trump’s supporters next November if he is still a candidate — no matter what party banner he runs under. Half will follow him out of the Republican Party if he breaks his promise and declares as an independent. For better or worse, his supporters will follow him to the ends of the Earth — or to the White House. Whichever comes first.
Posted by seemorerocks at 13:37