US Said to Be Preparing New Sanctions Against Iran

Despite renewed hopes for reconciliation between Washington and Tehran following the Iran nuclear deal, the Obama administration is reportedly preparing new sanctions against the Islamic Republic. 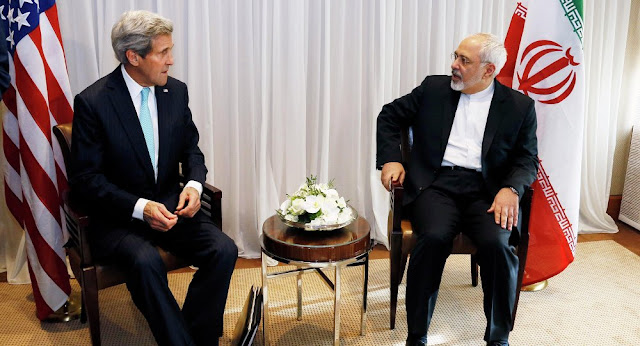 Sputnik,
29 December, 2015
In July, negotiations between Iran and the P5+1 nations, including France, Russia, the United States, the United Kingdom, China, and Germany, led to a historic deal. Under the terms of the deal, after providing assurances that it was not enriching uranium to pursue a nuclear weapon, international sanctions against Iran would be gradually lifted.
But on Wednesday, US officials, speaking on condition of anonymity, revealed that the US Treasury Department is prepared to roll out new sanctions against companies and individuals not only in Iran, but also in Hong Kong and the United Arab Emirates, according to the Wall Street Journal.
The penalties are reportedly related to Tehran’s test-firing of two ballistic missiles, one in October and another in November. Washington views the launches as a violation of international law, though Tehran maintains that the tests were conducted in according with UN regulations, and the missiles are defensive only.
If approved, the sanctions would apply to five government officials working in Iran’s Ministry of Defense for Armed Forces Logistics.
The Obama administration is also targeting Mabrooka Trading Co. LLC, a UAE-based entity, as well as its founder, Hossein Pournaghshband, for its alleged role in aiding Iran’s ballistic missile program. Penalties would also apply to Anhui Land Group Co, a Hong Kong-based subsidiary said to be used by Pournaghshband to produce carbon-fiber material for the missile program.
The sanctions would place these entities on a business blacklist, and would freeze their assets in US banks.
US officials stress that new sanctions are unrelated to the nuclear accord, but Iranian officials have warned in recent months that new financial penalties would be seen by Ayatollah Ali Khamenei as a breach of the agreement.
Tehran recently accused the United States of violating the nuclear accord over legislation passed by the US Congress. New laws passed after the San Bernardino shooting require any foreign national who has visited Iran or Syria to obtain a visa before entering the US. Tehran claims this move could harm Iranian business, and cut off access to foreign investment.
The Treasury Department’s decision comes as the Obama administration prepares to lift sanctions related to Tehran’s nuclear program. The lifting of those penalties was set to begin next month, following Iran’s shipment of 25,000 pounds of uranium to Russia, a sign that the government was abiding by the accord.