The Americans have extended sanctions on Russia. 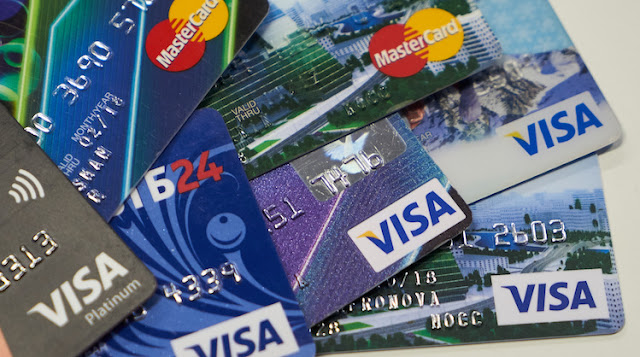 http://fortruss.blogspot.co.nz/2015/12/six-russian-banks-disconnected-from.html
Payment systems Visa and MasterCard have stopped servicing the transactions of six Russian banks included on the sanctions list of the USA. This was announced on Thursday, December 24th, according to "Vedomosti" with reference to several bankers.
According to the newspaper, "GenBank", "Krayinvestbank" Bank "Tver", "Sevastopol Marine Bank" (PSC) who work in Crimea, as well as "Interbank" and "Mosoblbank" have been disconnected from the service. Also on the sanctions list are SMP Bank and its shareholders — the Rotenberg brothers.
Earlier, representatives of these banks noted that the sanctions will not affect their work, including in the territory of Crimea. But already on December 23rd, the card operations of these banks became impossible.
The publication reported that MasterCard transactions of "GenBank" and "Tver" can be carried out according to the rules of the National system of payment cards. Visa said that the sanctions do not affect transactions, but did not answer the question about the maintenance of the banks from the black list.
On Tuesday, December 22nd, the US imposed new economic sanctions against Russia.
Under the restrictions were such Russian banks as "Interbank", "GenBank", "Sevastopol Marine Bank", "Tver", "Krayinvestbank" and "Mosoblbank". Also under the sanctions were the two sister banks Sberbank and "VTB 24". In addition, the U.S. imposed sanctions against the company "Yandex. Money."
"Existing since September 2014, the sanctions on Sberbank at the same time apply to the Sberbank parent companies, who have a share of the company's direct and indirect ownership at 50 percent or more. The inclusion of the parent companies belonging to the group of "Sberbank" in the sanctions list does not change the scope and legal force applicable to "Sberbank" sanctions", — said the press service of "Sberbank". 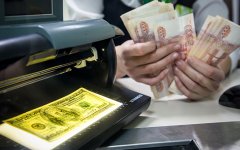 http://fortruss.blogspot.co.nz/2015/12/russias-central-bank-tightens-rules-on.html
Starting next week in Russia, should one wish to exchange currencies, they will be greeted by a new way to prove ones identity. From December 27th, new rules will come into force  for the identification of banks' clients, whereby the desire to buy or sell a few dollars is not considered sufficient grounds to be served using the simplified identification procedures in which the client simply has to show the cashier their passport. From now on, customers will have to fill in a questionnaire and, in general, follow a strictly prescribed procedure of law, according to the website Bankir.ru.
As explained by a senior member of banking and finance practice of international law firm Noerr Cyril Lelchitsy, under the new rules the client's identification for the exchange will have to follow the general rules under the law on combating the financing of terrorism. This means that it should include, for example, a customer risk assessment, customer profiling, updating client information and conducting other activities within the documented procedures.
No. 499-N, published in "the Bulletin of the Bank of Russia" on December 16, notes that when verifying the identifying of the customer, the Bank checks the information systems of  the public authorities and Pension Fund of the Russian Federation, the register of individual entrepreneurs databases and lost or invalid passports, as well as checking the information about the possible involvement of the client to extremism and terrorism.
The press-release on the website of Central Bank Bankir.ru explained that the new rules were adopted in accordance with the requirements of the Federal law "On countering the legalization (laundering) of incomes received in a criminal manner, and the financing of terrorism".
According to experts interviewed after Bankir.ru's application of the new rules, clients will have to spend more time on exchanges, so each transaction will take much longer. The burden on employees of credit institutions will rise, so banks will begin to close the points of exchanging cash currency, advising customers to carry out foreign exchange transactions through Internet banks and other non-cash channels.