The Kim Dotcom case: the facsist government gets its way

The fascist government through its judiciary, gets its way.

I have never felt more ashamed of my country. This man did his best to blow the whistle and shine the light on the darkest corners of this country and people not only don’t care a fuck but they shoot the messenger.

However, Dotcom immediately said he would file an appeal, ensuring the long-running courtroom drama will continue for some time yet.

Following lengthy arguments in the North Shore District Court Judge Nevin Dawson called a last minute hearing on Wednesday to give his ruling. 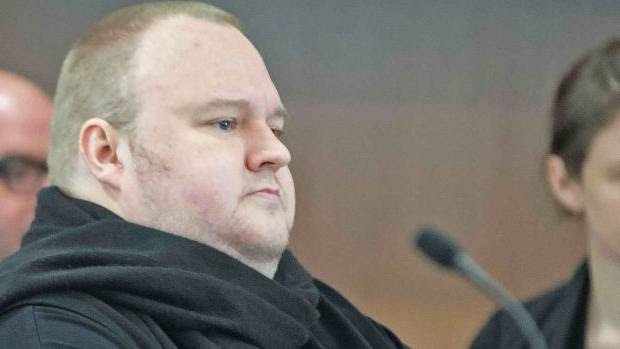 Kim Dotcom awaits the judge's decision in his extradition case to the US on charges of copyright infringement and illegal file sharing.
He said all four Megaupload founders named in the application were eligible for extradition.
It followed nine weeks of submissions from Dotcom's lawyer Ron Mansfield, and counsel for the United States, Christine Gordon QC. 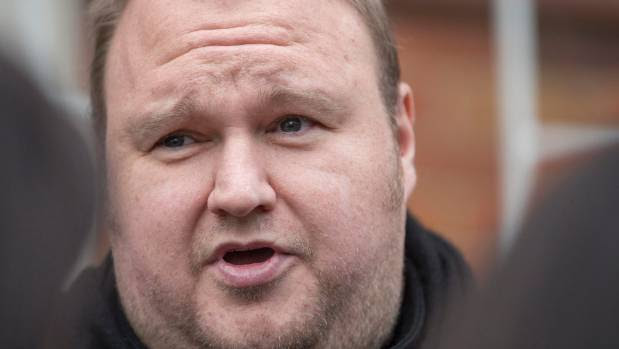 Kim Dotcom's extradition decision was delivered on Wednesday.
The US also sought to extradite Dotcom's Mega cofounders and colleagues Mathias Ortmann and Bram van der Kolk, who were represented by Grant Illingworth QC, Fin Batato was represented by himself.
All four are facing money laundering, racketeering and breach of copyright charges in the United States, following allegations from the US that the founders of Megaupload, formerly a popular file sharing website, were knowingly allowing copyright material to be shared on a large scale.
During court hearings Mega was said to be one of the most successful internet service providers in history, with more than one billion unique visitors in its lifetime.
Although the US didn't need to prove the charge, counsel had to at least prove there was an answerable case overseas to fulfil extradition requirements.
Lawyers for the four argued that the court didn't have jurisdiction to order extradition and that copyright law showed they weren't required or expected to filter every single piece of copyright material on Mega.
Gordon, for the US, said the four had made millions from the cloud storage venture and had ignored or only partially heeded takedown notices. She also said frequent users were rewarded for sharing copyright-breaching files.
On Wednesday the courtroom was packed with media and supporters of Dotcom and his co-accused, including Dotcom's ex wife Mona Dotcom.
Judge Dawson said he wouldn't read his entire decision aloud, because it would take too long. The formal judgment would be made available to all parties, including media.
He first addressed an earlier stay application applied for by Dotcom, which he rejected.
He then said that the the US had a "large body of evidence" which supported a prima facie case.
"The respondents fall well short of undermining the case," he said.
Batato's wife sobbed as the verdict was read.
DOTCOM TO APPEAL
Speaking outside court after the ruling, Dotcom said simply, "This is not the last word on the matter. We've filed an appeal.
"I'm disappointed. That's all I have to say and I wish everybody a very merry Christmas. I'm going home now."
Dotcom's lawyer, Ron Mansfield, said the hearing had grappled with "novel" and "complex" issues and that an appeal and a review would be launched in the court on Wednesday afternoon.
Prior to that Judge Dawson said although there was a "heightened flight risk" there was no reason the men's bail shouldn't continue, saying they had complied with their strict conditions ever since their arrest.
Justice Minister Amy Adams said that given the intention to appeal, it would be inappropriate for her to comment.
"The first step is to wait and see if the judgment is appealed.  If it is not then I will need to consider the court's determination and receive advice from the Ministry of Justice on the relevant issues under the Extradition Act.
"As the court's decision may be appealed, it would be inappropriate for me to comment further at this time."
Under the Extradition Act 1999, both the courts and the minister have roles in an extradition process.
While the court considers whether the evidence establishes that there is a case to answer, the Justice Minister determines whether extradition should be carried out.
"However, I haven't begun to turn my mind to that question," Adams said. "Such a decision would not arise until after the conclusion of any appeal of the legal finding that the respondents are eligible for extradition."
Outside court Illingworth said it was obviously a disappointing day for both his clients and both had immediately filed an appeal following the decision.
He said he wouldn't like to predict how much longer the matter would drag on for.
Batato and his wife left the court quickly without speaking to reporters.

A SHORT HISTORY OF DOTCOM

In 2010 Dotcom was granted permanent residency in New Zealand. He is originally from Germany.

Attempts by the US to extradite him began in 2012, following a raid at his Coatesville mansion.

Over the ensuing years three stay applications made by Dotcom's lawyers were rejected by the courts.

In the meantime Dotcom produced and heavily marketed an album called Good Times, despite the courts stripping him of most of his csh.

And there was a shortlived political bid with the Internet Party, after teaming up with Leila Harre.

The extradition hearing began in the North Shore District Court jurisdiction in September, held in a central Auckland courtroom

Posted by seemorerocks at 20:31