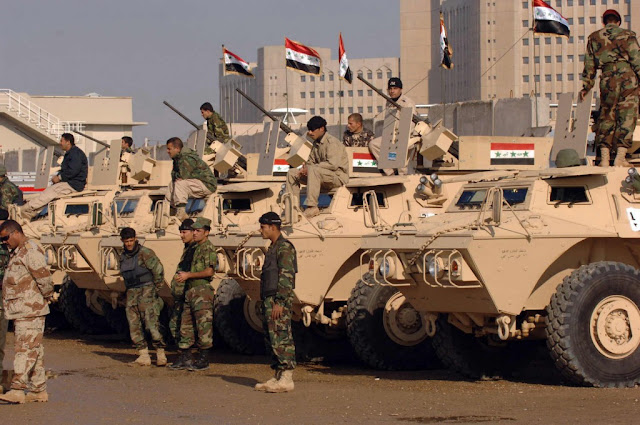 The Iraqi Army – in coordination with their popular committees and the Al-‘Anbari tribesmen – have seized the last site controlled by the Islamic State of Iraq and Al-Sham (ISIS) inside Al-Ramadi’s downtown area after a day filled with intense firefights.

Accoridng to several battlefield reports coming out of Al-Ramadi, the Iraqi Army and their allies imposed full control over the government compounds inside this provincial capital of the Al-‘Anbar Governorate, killing over 30 terrorists from ISIS in the process.

As a result of this advance, the ISIS terrorists were forced to frantically retreat towards the eastern sector of the provincial capital, where they are currently making their final stand against the Iraqi Army and their allies.

While the city has not fallen, the Iraqi Armed Forces are on the verge of taking full control over it after they seized the government compounds and the Al-Ramadi National Hospital; these aforementioned sites have been under ISIS’ control for several months before the massive battle for its liberation began.

Should ISIS finally withdraw from Al-Ramadi’s parameters, the Iraqi Armed Forces will have dealt the terrorist group its largest defeat since capturing the imperative city of Tikrit during their massive offensive in the Salahiddeen Governorate last year.

The Iraqi government will announce the full liberation of the northwestern Iraqi province of Anbar from the Daesh jihadist group in the coming two days, Lt. Gen. Abdul-Ghani Asadi told Sputnik. 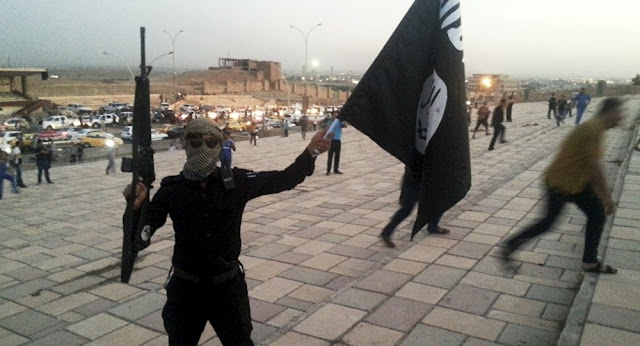 BAGHDAD (Sputnik) — Earlier in the day, CNN reported that the Iraqi military had managed to retake control over a government compound in the central Iraqi city of Ramadi, previously used by Daesh.
"The forces of anti-terrorist units are working day and night on the disposal of improvised explosive devices and car bombs left by ISIL militants in central Ramadi, who have escaped in the direction of Al-Khaldiya," Asadi said on Sunday.
He added that the Iraqi army has began a major operation to surround the governmental buildings and clear mines before the storming of the buildings.
On Tuesday, the Iraqi armed forces began an operation to liberate the center of Ramadi from Daesh extremists, who have occupied the city since May. According to Iraqi intelligence, around 250 to 300 radical Islamist militants had been holding central districts of the city.
Isis in Ramadi: Militants on verge of defeat as Iraqi forces 'enter government compound'
Recapturing the key stronghold would be one of the most significant victories for Iraq's armed forces since 2014 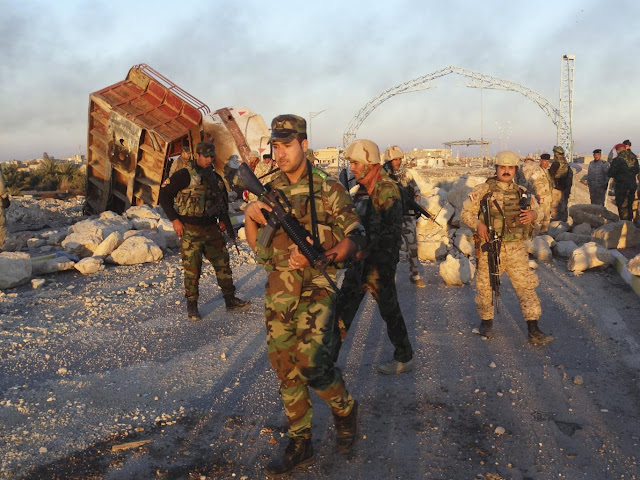 the Independent,
27 December, 2015
Isis appears to be on the verge of being defeated in the key stronghold of Ramadi, with Iraqi forces reportedly inside a former government compound.
Sources told the AFP news agency that all militants belonging the group had retreated from a besieged government compound by Sunday afternoon.
Recapturing the city, which fell to the militants in May, would be one of the most significant victories for Iraq's armed forces since Isis swept across a third of the country in 2014.
The soldiers were reportedly within 300 metres of the provincial government headquarters by this morning, Sabah al-Numani, a spokesman for the counter-terrorism force that is leading the fight on the government side, said.
"We expect to reach the compound in the next 24 hours," he told Reuters. "Booby trapped houses and roadside bombs are all over the streets, they have to be cleared; air surveillance is helping detect car bombs and suicide bombers before they get to us."
However, a separate source has told the BBC that troops had already entered one building inside the compound and were preparing to push on further.
Ramadi is the capital of the mainly Sunni Muslim Anbar province in the fertile Euphrates River valley, just two hours drive west of Baghdad.
If the offensive in Ramadi succeeds, it will be the second main city to be retaken by the Iraqi government after Tikrit, in April. Officials said it would be handed over to the local police and to a Sunni tribal force once secured.
Ramadi was Islamic State's biggest prize of 2015, abandoned by government forces in May in a major setback for Baghdad and for the Iraqi troops trained by the United States since the overthrow of Saddam Hussein in 2003.
The Iraqi government forces are backed by air support from an international coalition led by the United States.
Shi'ite militias backed by Iran, which have played a major role in other offensive against Islamic State, have been kept away by the Iraqi government from the battlefield in Ramadi to avoid sectarian tensions.
After Ramadi, the army plans to move to retake the northern city of Mosul, the biggest population centre under Islamic State control in Iraq and Syria.
Dislodging the militants from Mosul, which had a pre-war population close to 2 million, would effectively abolish their state structure in Iraq and deprive them of a major source of funding, which comes partly from oil and partly from fees and taxes on residents.
On another front in Anbar, the army took several positions in Nuaimiya, south of the city of Falluja, a bastion of the group that lies between Baghdad and Ramadi, killing 23 militants, the spokesman for the joint operations Brigadier Yahya Rasool said.
Posted by seemorerocks at 12:40