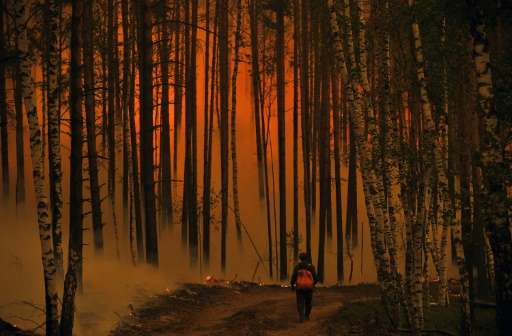 Russia is warming more than twice as fast as the average for the rest of the world, the environment ministry said Friday, sounding an alarm on the rise in floods and wildfires nationwide.

A government report on environmental protection said temperatures in Russia had warmed by 0.42 degrees Celsius per decade since 1976, or 2.5 times quicker than the global warming trend of 0.17 degrees.

"Climate change leads to growth of dangerous meteorological phenomena," the ministry said in a comment to the report published Friday.

There were 569 such phenomena in Russia in 2014, "the most since monitoring began," the ministry said, specifically mentioning last year's ravaging floods and this year's "water deficit" east of Lake Baikal, which led to a "catastrophic rise in fires."

Fires around Lake Baikal, including the nearby Irkutsk and Buryatia regions, tore through hundreds of square miles in the pristine area, with locals and campers forced to dig ditches as state media at one point offered the theory that fires were fuelled by "self-igniting air" caused by ozone anomalies.

Climate change has contributed to unprecedented loss of water in the Baikal itself, dropping to minimal water levels allowed by the government several times this year, including this week.

"The level of Baikal has dropped to 456.1 metres (above sea level)," despite minimal water use by hydropower stations downstream on the Angara river, environment ministry spokesman Nikolai Gudkov told RIA-Novosti agency Friday. 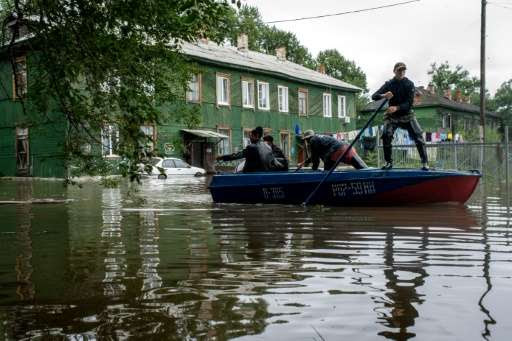 President Vladimir Putin rarely voices concerns about climate change, having famously said in the past that a little warming would not hurt the country and seeing it as a boon for Arctic development.

Experts however have cautioned that warming could hurt energy infrastructure on permafrost in Siberia and increase other risks.

The report states that while Russia is warming on the whole, some areas in the Far East and southern Siberia are experiencing harsh winters.

Out-of-control fires and deadly floods have hit Russia nearly every year this decade, and the emergency situations ministry in October conceded it has to come up with a new strategy.

"There are new threats in face of climate change," emergencies minister Vladimir Puchkov said at a conference in October, adding they require "new measures to protect infrastructure."

"Permafrost is receding, there are earthquakes where there weren't before, there are landslides, flash floods, blow-outs of gas condensate and so on," he said.

World nations earlier this month reached a climate accord in Paris which sets the goal of limiting global warming to "well below" two degrees Celsius over pre-industrial levels, though experts warn that emissions-curbing pledges may be too little too late.

While the total emission of greenhouse gases in Russia has not grown over the past five years, car emissions are increasing.

Half of Russia's auto transport still consists of inefficient vehicles with polluting engines over a decade old, the report said.

Weather in Moscow and surrounding regions has been abnormally warm in recent days, with historic temperature records broken every day of the past week, the latest on Thursday with 8.5 degrees Celsius (47 degrees Fahrenheit) in Moscow.

The warmth led city hall to close the capital's ice rinks, while bees left their beehives and snowdrops suddenly bloomed in Moscow's parks. 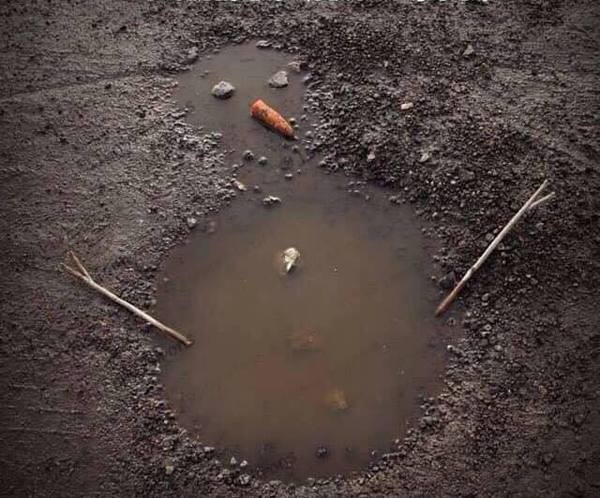 Friday's maximum of 8.6°C (47.48°F) is the highest winter temperature on record for the Russian capital, the spokesman said.

Extreme deviations in weather patterns have been observed before, but over the past decade they have become more and more frequent, the Federal Service for Hydrometeorology and Environmental Monitoring said.

Forecasters believe the temperature may be even higher in coming days, possibly reaching 9°C (48.2 °F).