The IPCC, technofixes and geoengineering 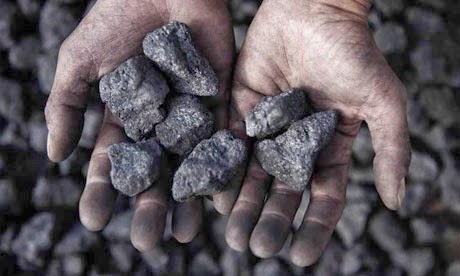 A British environmental organisation that has reviewed the draft of a forthcoming UN IPCC report on mitigating climate change has questioned many of the document's recommendations as deeply flawed.

Dr Rachel Smolker, co-director of Biofuelwatch, said that the report's embrace of "largely untested" and "very risky" technologies like bioenergy with carbon capture and sequestration (BECCS), will "exacerbate" climate change, agricultural problems, water scarcity, soil erosion and energy challenges, "rather than improving them."

A leaked draft of the as yet unpublished report by Working Group 3 (WG3) of the UN's Intergovernmental Panel on Climate Change (IPCC), to be officially released in mid-April, was obtained by the Guardian. Dr Smolker, a behavioural ecologist and biofuels expert, said that the alarming impacts of climate change identified by the IPCC's Working Groups 1 and 2 would "worsen" as a consequence of such "false solutions" which have been increasingly criticised in the scientific literature.

The IPCC projects that atmospheric concentrations of carbon dioxide emissions are unlikely to stabilise at 450 parts per million (ppm), accepted by the international community as the safe limit to ensure that global average temperatures do not exceed the 2 degrees Celsius danger level. It is more likely that concentrations could "overshoot" to around 550 ppm (if not higher by other less conservative projections). The leaked draft concludes that "essentially any" emissions target can be achieved "regardless of the near‐term path" of overshoot "by shifting emissions reductions to the future":

The draft thus recommends "carbon negative" energy technologies that might help to draw down carbon from the atmosphere. These include "large scale utilisation of BECCS"; coal and natural gas with carbon capture and sequestration (CCS) - carbon emitted from burning fossil fuels is captured and injected underground where it is stored indefinitely; nuclear power; and large hydroelectric plants.

The problem, Biofuelwatch's co-director said, is that there is no scientific consensus on whether these technologies actually work. CCS technology is already being used to facilitate intensified fossil fuel exploitation. In bioenergy, it has involved "capture of fermentation in ethanol refineries":

"... so far much of carbon captured from bioenergy and other processes is ultimately used for Enhanced Oil Recovery – injected into depleted oil wells to create pressure enough to force remaining difficult to access oil out. This can hardly be considered 'sequestration' or an effective approach to solving the climate problem."

She added that "burning wood for electricity and heat releases up to 150% as much CO2 per unit of energy generation than does coal" excluding emissions from "deforestation, harvesting and transportation."

According to Dr Smolker, CCS cannot be viewed as "carbon negative" due to "the high costs, and associated high added energy demand for capture, transport, compression and injection." Even more problematic, she said, is that there is "little real world testing" of whether CO2 pumped into underground cavities "will remain in situ" indefinitely, or be released, which she describes as "a dangerous gamble."
Biofuelwatch also criticised the IPCC draft report's recommendation of large-scale bioenergy projects. Bioenergy "should be considered a driver" of emissions from agriculture, forestry and other land use, Smolker said, "not a means of mitigation."

The growing use of bioenergy as a substitute for fossil fuels is encroaching increasingly on land use, and in turn escalating food prices, intensifying land grabbing, and increasing demand for crops, livestock, wood and so on:

"Lands and ecosystems cannot at the same time both provide large quantities of biomass for bioenergy, and still securely act as 'carbon sinks.' It is not possible to have it both ways."

Currently, just under 40% of US corn production is dedicated to ethanol although it provides just "a pittance of transport energy." The large areas of land required for meaningful bioenergy production means it would simultaneously undermine food production while contributing to "escalating food prices." Although the IPCC proposes bioenergy as the solution to renewable energy, "it can never provide more than a tiny fraction towards the current and projected growth in demand for energy."

Stephen Salter, a professor emeritus of engineering design at the University of Edinburgh who has proposed cloud enhancement as one mechanism of geoengineering to address climate change, said that given the import of dangerous warming, techniques to reduce carbon in the atmosphere must be part of the toolbox. But he said the focus should be on the Arctic
:

"Those working on geoengineering are largely doing so reluctantly. The concern is that we need to ensure technology is available in case events occur more quickly than expected. The IPCC has not fully accounted for certain feedbacks involving black carbon, methane release, and the rapid loss of the Arctic summer sea ice. A technique like marine cloud brightening by spraying seawater onto clouds to increase their reflectivity, could save the sea ice and help cool the climate with relatively little side-effects that can be controlled with careful application."

But other geoengineering techniques suffer from less certainty, said Prof Salter, who is a member of the Arctic Methane Emergency Group (AMEG). "Many major proposals suffer from debilitating costs and practicalities, and would take too long – up to a century or more - to work. And their risks are less understood."
Prof Stuart Haszeldine, a geoscientist also at the University of Edinburgh specialising in CCS, said:

Every component of CCS has been practiced separately in the industry for decades, so putting them altogether to minimise our carbon footprint makes sense. Several large-scale commercial CCS enterprises will become operational this year, such as the coal-fired plant in Kemper County.

Danielle Paffard of the Centre for Alternative Technology's Zero Carbon Britain project, however, voiced further reservations: "BECCS isn't useful as a central feature of a climate mitigation strategy, due to the scale of current electricity demand, and requires an enormous reduction of demand to be viable. Any proposal to rely primarily on biomass for baseload electricity generation is never sensible." Salter, Haszeldine and Paffard have not seen the draft IPCC mitigation report.

"We can't hope to simply run over a carbon precipice and pulls ourselves back. Government targets must be much more ambitious. Our research has shown that we can run modern societies without relying on fossil fuels, and that transitioning to net zero carbon emissions by 2030 is technologically and economically feasible with the right approach."

Despite reservations, Paffard acknowledged a limited but "very important" role for BECCS. Other forms of carbon capture such as peatland conversion, biochar, and extensive reforestation will be "crucial" for energy transition, she said:

"Biomass does have the potential to be very destructive, but if used sparingly it has a place as part of a wider strategy involving renewables, to create synthetic fuels useful for industry and transport. Bioenergy is important as a flexible backup to address long-term energy storage due to the intermittency and variability of renewable sources - but its use must be sustainable, based on 'second generation' non-food crops [e.g. forest and crop residues, municipal and construction waste], not encroach on land-use for food, and combined with extensive reforestation."

The IPCC draft report does emphasise the need to dramatically ramp up solar and wind power, pointing out the superior "technical potential" of solar compared to other renewables.

Dr Smolker of Biofuelwatch, in contrast, said that the IPCC's central emphasis on biofuels with carbon capture is a "dangerous distraction" from the task of "deeply altering our entire relationship to energy consumption." She highlighted an unwillingness to recognise the "fundamental link between 'endless growth economics' and ecological destruction."

Working Group 3, she said, lacks sufficient expertise to assess the merits of its recommended technologies. Many critical assessments of bioenergy "come from scientists with a background in ecology and related disciplines and those are barely represented within the IPCC" - WG3 is staffed largely by economists and engineers:

"The underlying assumption appears to be that business as usual [BAU] economic growth must be sustained, and industry and corporate profits must be protected and maintained. But if we focus on 'BAU economics', seeking and accepting only bargain basement options for addressing global warming - the costs will be far more severe."