We Are Now in the Terminal Stage of Our Fossil-Fuel Addiction
Senior politicians in both parties have become so intoxicated by the idea of an American surge in energy production that they have lost their senses. 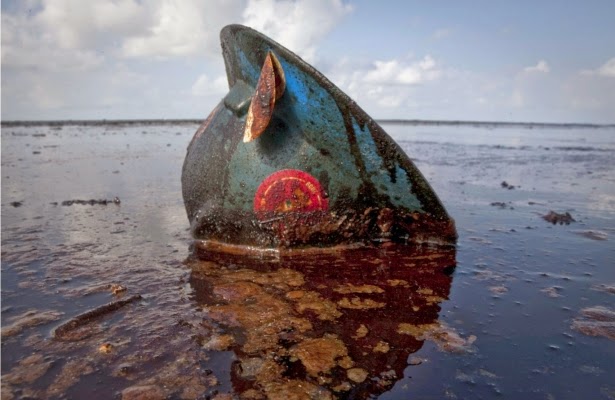 A hard hat from an oil worker lies in oil from the Deepwater Horizon spill on East Grand Terre Island, Louisiana. (Reuters/Lee Celano)