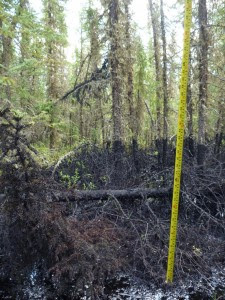 A Canadian oil company still hasn’t been able to stop a series leaks from underground wells at a tar sands operation in Cold Lake, Alberta. The first leak was reported on May 20, with three others following in the weeks after — making it at least 10 weeks that oil has been flowing unabated.

Indeed, recent documents show that the company responsible for the spill estimates that the tar sands oil has been leaking into the ecosystem for around four months, based on winter snow coverage.

As of July 19, at least 26,000 barrels of bitumen mixed with surface water has been cleaned up from the site, but Canadian Natural Resources Ltd. (CNRL), the owner of the operation, hasn’t specified the total amount of oil that has leaked.

Documents show that about 67,400 pounds of oily vegetation has been cleared away from the latest of the four spill zones, and the Alberta environment ministry says the spill has killed 11 birds, four small mammals and 21 amphibians so far. CNRL did say in a press release Thursday that the “initial impacted area” of the spill was about 50 acres, which includes a lake, a vast swath of boreal forest, and muskeg — the acidic, marshy soil found in boreal forests.

Aboriginal and environmental activists have protested, beat drums, and chanted outside of the CNRL offices in Edmonton, asking the company to release more information on the spill. Communities like the Beaver Lake Cree and the Cold Lake First Nation need clean water to practice traditional hunting.

Not only does CNRL not know how to stop the leaks — it also isn’t completely sure yet what caused them. The company attributed the leak in a statement Thursday to “mechanical failures of wellbores in the vicinity of the impacted areas,” but didn’t provide any more specific information. A spokesperson for the Alberta Energy Regulator, which regulates oil production in the province, said the the leaks were “basically cracks in the ground and bitumen emulsion is seeping out of these cracks,” and said “the challenges are basically figuring out what happened and then how to stop it.” The spokesman also admitted he doesn’t know when the company was “going to get control” of the leaks. The Toronto Star broke the story of the leaks this month, based on documents and a government scientist who had been to the site.

“Everybody (at the company and in government) is freaking out about this,” the scientist, who chose to remain anonymous for job security reasons, told The Star. “We don’t understand what happened. Nobody really understands how to stop it from leaking, or if they do they haven’t put the measures into place.”

Media haven’t been allowed at the site since the news broke, but CNRL said Thursday that 120 employees and contractors are at the spill site, attempting to find ways to stop the leaks and limit environmental damage.

The Primrose facility, as the Cold Lake operation is known, doesn’t use the open pit mining that’s become widely associated with tar sands production. Instead, it uses cyclic steam stimulation, an in-situ form of extracting oil that pushes high-pressure steam underground, creating cracks in rock from which trapped oil can escape. The process is widely said to be more environmentally-friendly than open pit mining, since it doesn’t require the same level of destruction to the landscape, but it’s also been found to be more carbon-intensive than open pit mining. These spills raise questions about the safety of CSS extraction, which is required to reach about 80 percent of Alberta’s oil sands.
Posted by seemorerocks at 13:40