'Imaginary threats’ justify New Zealand spy bill – Dotcom
New Zealand Prime Minister John Key is infringing on basic rights with a new spy bill, MegaUpload founder Kim Dotcom has claimed. He alleged the government is in cahoots with the NSA and justifies the legislation with an “imaginary threat.” 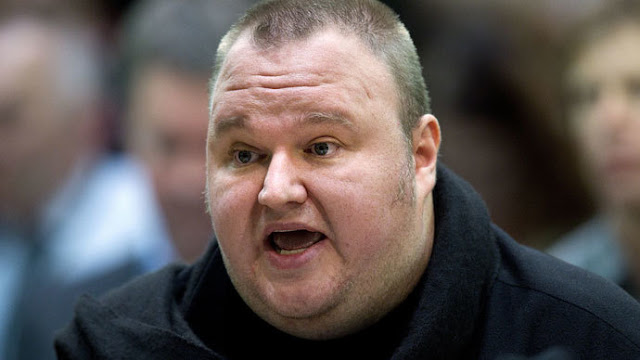 The internet tycoon spoke out against the new surveillance bill that would grant the Government Communications Security Bureau (GCSB), new powers to eavesdrop on telephone conversations. He made a speech at a meeting of hundreds of academics, civil libertarians and lawyers opposing the legislation.

In a fiery critique of the proposed law, he questioned why it was necessary and how it could be justified given the violation of citizens’ rights.

“What is the imaginary threat to New Zealand that is keeping Prime Minister John Key awake at night? What is the emergency that should necessitate such a radical termination of our basic rights and grant the government more powers to spy on us?” said Dotcom in footage of the meeting on Thursday obtained by RT's video agency Ruptly.

He went on to claim that NSA Director General Keith Alexander came to New Zealand after it came to light that the GCSB were spying on Dotcom.

“During his stay here in New Zealand he brainstormed with the GCSB what to do about the scandal. I assume that only an American general could have had the idea to push for new spy legislation granting incredible new powers to the GCSB under such circumstances,” he posited.

Dotcom accused the government of dishonesty and attempting to cover-up the surveillance of his family when the reports went public.

“What can New Zealanders expect from the GCSB when rules are broken without any penalty or consequence?”

Last January New Zealand police stormed Dotcom’s mansion in Auckland, seizing digital material and other assets. A judge later ruled that the raid was illegal. Since then Dotcom has accused the New Zealand government of collaborating with the US secret services.

Washington has issued an extradition order for German-born Dotcom on charges of racketeering, fraud, money laundering and copyright theft in connection with video-streaming site MegaUpload. Dotcom is adamant he is innocent.

Most New Zealanders believe their prime minister was lying when he claimed to have no foreknowledge of the police raid on Kim Dotcom’s home, a poll has shown.

A survey carried out by 3News Reid Research on 1,000 New Zealanders found that 52 percent believed that Key knew of the illegal police on Dotcom’s mansion in January last year. In contrast, only 34 percent said they thought he was telling the truth when he said he had no prior knowledge of the incident. The remaining 15 percent either did not know of the raid or were indifferent.

Internet tycoon Dotcom claims Key knew about the raid in advance and told a parliamentary committee earlier this month he could prove it - he just needed a little time.

"The prime minister's subservient relationship with the United States, his ongoing ‘brain fades’, the new spy laws plus the ongoing political persecution against me, my family and friends might have contributed to this poll result," said Dotcom, adding that the poll results brought a smile to his face.