Sleepwalking into fascism; the GCSB Bill

400 people in Auckland?  Is that the sum total of people who care about liberty?

The Intelligence and Security Committee has reported the Government Communications Security Bureau Bill back to Parliament with some changes, but speakers at the meeting were scathing in their criticism, describing it as a threat to democracy.

Dame Anne said her father's generation had fought for people's freedoms, including the right to privacy, but said the Government's bill defeats that by allowing the it to spy on its own citizens.

She said the Government should remember it was elected to represent people, not rule them, and any MP who lacks the backbone to vote against the bill should in future stay home on Anzac Day.

Internet businessman Kim Dotcom told the meeting he was a living example of why the security service should not be given expanded powers.

Barrister Rodney Harrison QC said the Government's bill was hopelessly broad and changes negotiated by independent MP Peter Dunne are effectively a "Dunne deal" that is no more than window dressing, and do nothing to reduce the risks.
Opposition not appeased by bill changes

Opposition parties say their misgivings over the legislation are in no way allayed by changes made to it. The main changes are an advisory panel to sit alongside the Inspector General of Intelligence and Security, and a set of guiding principles.

Labour says the definition of private communications is too broad. It says metadata is not seen as a communication, so details such as the time a phone call was made and its length can be collected without a warrant.

Labour leader David Shearer says while Labour recognises that there are security risks here, those need to be balanced with protecting New Zealanders' privacy and human rights. He says amendments to the bill negotiated by Mr Dunne only make a bad bill slightly less bad.


Speaking out against the GCSB bill 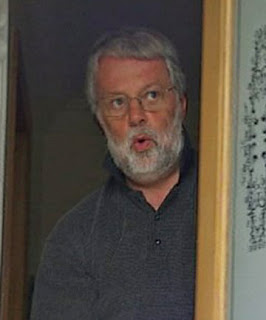 To see the video GO HERE 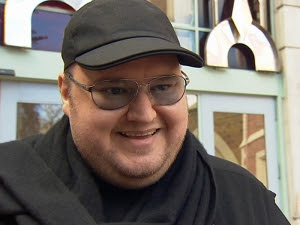 At issue is whether the Prime Minister knew about Kim Dotcom before the raid on his Coatesville mansion in February last year.

John Key has always denied it, but Mr Dotcom says he has evidence to prove it.
A 3 News Reid Research poll asked the public who they believe; 52 percent said they believe Dotcom, while 34 percent believe Mr Key. The rest said they didn't know or care.

"Any number of surveys taken during the year will show you that the public are quite sceptical about what politicians actually say, and I suspect there's a bit of that built into those poll numbers," Mr Key said.

"Truthfully, Kim Dotcom's been making these kinds of comments for 18 months and has never actually managed to produce a shred of evidence. He comes up with a lot of conspiracies, but nothing that actually proves that he's right because he's not right."

Dotcom had motivation to "string this thing out as long as he possibly can", Mr Key said.

"At the end of the day, he's facing an extradition trial and he's trying to politicise that process.

"In the end, he's trying to make sure he takes as long as he possibly can before he ends up in the United States."

In response to the poll, Dotcom said the result "put a smile on my face".

"The Prime Minister's subservient relationship with the United States, his ongoing brain fades, the new spy laws that are incompatible with our democracy, plus the ongoing political persecution against me, my family and friends might have contributed to this poll result. The truth will come out."

Dotcom will attend an anti-spy law rally in Auckland tonight and he says he will produce the evidence at his extradition hearing next year.

So the public has sided with Dotcom, but it won't be decided until he fronts up with the evidence. He's clearly waiting until election year. Then everyone can judge who wins.