Fukushima radiation levels as high as 2011

Water samples taken at an underground passage below the Fukushima Daiichi nuclear power plant contain alarming levels of radiation which are comparable to those taken immediately after the catastrophe. 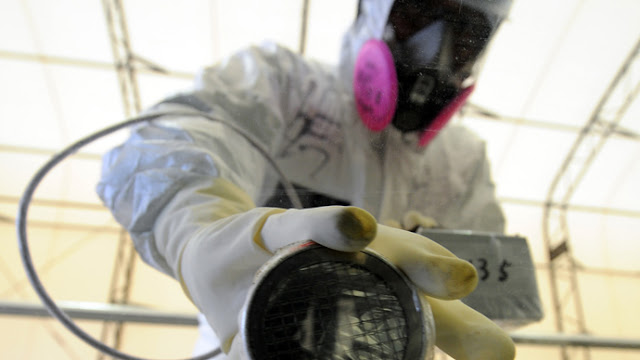 According to a Saturday statement by Tokyo Electric Power Company (TEPCO), the tested water contains 2.35 becquerels of cesium per liter, and the radioactive water is now seeping into the sea. The findings were also evident from samples taken within a 50-meter radius around the plant.
TEPCO’s specialists have hit a wall trying to solve the problem of the leaking groundwater, which has persisted since 2011. However, unlike then, they cannot tell what the source of the newfound radioactivity is. The current explanation is that the radioactive water that had been left in the underground trench some two years ago is now mixing with the groundwater, which is in turn contaminating the sea.
The current investigation started back in May, when specialists registered a 17-fold hike in radiation levels compared to December 2012. More tests immediately followed.
In July, scientists found high tritium levels – 20 per cent higher than just two months before. At the beginning of the month, cesium levels also went up by an astonishing 22 per cent from the previous day. The legal limit of 90 becquerels per liter was exceeded by around 22,000 becquerels.
On July 10, scientists warned about possible sea contamination, although they had no evidence at the time.
On Monday, however, TEPCO discovered that radiation levels were rising and falling together with the tide. This has led them to their latest theory - that the leftover trench water from 2011 is indeed mixing with the underground water that flows straight into the Pacific.
The only theoretical solution at this point is to build a wall of liquid glass between the nuclear reactors and the sea, siphoning off contaminated water from the underground trench.
Steam has also been seen emerging from one of the damaged reactors on three occasions, sparking further fears about the state of the wrecked plant.
Meanwhile, TEPCO has had to sustain bad publicity after it was revealed that it delayed publishing the summer study which sparked these newfound fears - which were realized just days after TEPCO reassured the public that the water was safely enclosed. The government has labeled the company’s behavior as “deplorable.” 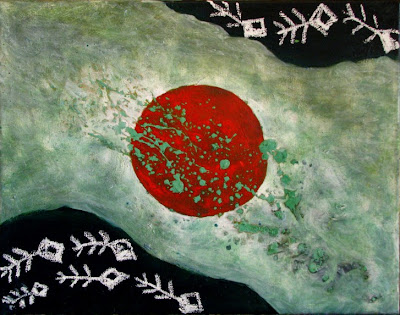 Cesium over 2 billion Bq/liter; Millions of times above limit — Tepco ‘trying’ to stop it leaking into ocean — ‘Probably’ from melted reactor core

Extremely high concentrations of radiation have been detected in water from near one of the reactors at the Fukushima Daiichi nuclear plant, [Tepco] said Saturday. [...]

The radiation is millions of times higher than Japan’s acceptable limit under normal circumstances.

The sample came from a trench near the No. 2 reactor turbine building, the utility said. [...]

Tepco is searching for the water source. It is probably from one of the damaged reactor cores. It is trying to stop the water leaking into the sea, it said. [...]

Tokyo Electric Power Co. said Saturday that the trench problem at the crippled Fukushima No. 1 nuclear plant has cropped up again and is sending highly radioactive water into the sea. [...]

[The water] contains 2.35 billion becquerels of cesium per liter [...]

The trench is believed to be the source of the groundwater problem that’s been baffling Tepco’s experts for months. Their current theory is that the highly radioactive water found and left in the trench in 2011 is now leaking directly into the groundwater, which is seeping into the sea. [...]

The utility hopes to halt the problem by building a wall out of liquid glass between the reactors and the sea and removing the contaminated water from the underground passage.

http://www.youtube.com/watch?v=mwZ5B-8WZyE
Posted by seemorerocks at 12:36