Reflections of a Layman 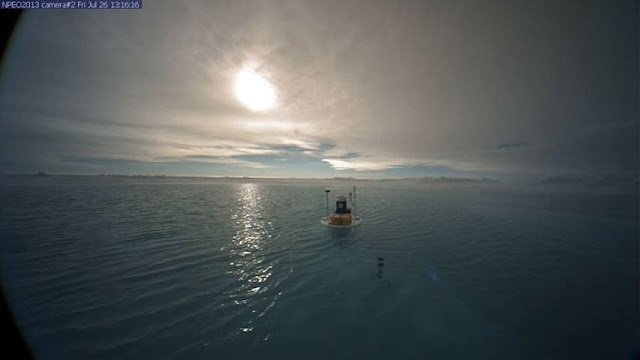 Today is a beautiful, late winter day in Wellington

The sun is shining and there is no wind. True, it is a little warmer than perhaps it should be; true last night there was another strong 5.4 aftershock, but one would be forgiven for thinking that everything is as it should be.

Instead the last few days have been momentous.

Yesterday a photo came out, the last of sequence of shots from the North Pole that show the transformation from an icy wilderness, to large melt pools around the camera, until finally the camera appears surrounded by water.

I suspect that although is photo has made it into but a small part of the media, probably relegated to the back pages (and in this part of the world goes completely unmentioned, this photo will turn out to be the one photo that defines the early years of the 21st century.

If you have not watched it yet I suggest you watch this sequence of photos from the Pole.

We are used to hearing about climate change being a process that occurs in decades and always threatens us some time in the future.

However, to the few that have bothered to follow the story this has been like watching the sage in real time.

I now have some concept of what non-linear, exponential change looks like.

For those of us not directly involved in events it seems an age since 'super-storm' Sandy ravaged New York, then the unprecedented drought and wildfires in Australia - that required the weathermen to come up with a new color to represent the record high temperatures recorded.

In my own backyard we had a drought that turned out to be the most serious since 1944, in which the Wellington area, normally thought of as well-endowed, almost ran out of water.

Since then hardly a day goes by when I have not recorded some terrible extreme weather event that is happening somewhere in the world.

How many still go unrecorded.  It is almost a full-time occupation.

I have managed by keeping going, just recording things as I find them with a dogged determination that people should not be kept in the dark but be informed of what is happening with this splendid planet of ours.

When I stop I usually feel exhausted, but as I sit in front of the computer following leads and transferring stories onto my blog I feel energised.

But after yesterday I felt the necessity to stop and reflect on what is happening and how this affects me.

Yesterday after a morning on the computer I drove out with my partner the 25 km to get beyond the city and into the backblocks that we are blessed with here to check up on our horses.

When you see this photo I'm sure you'll know what I mean. 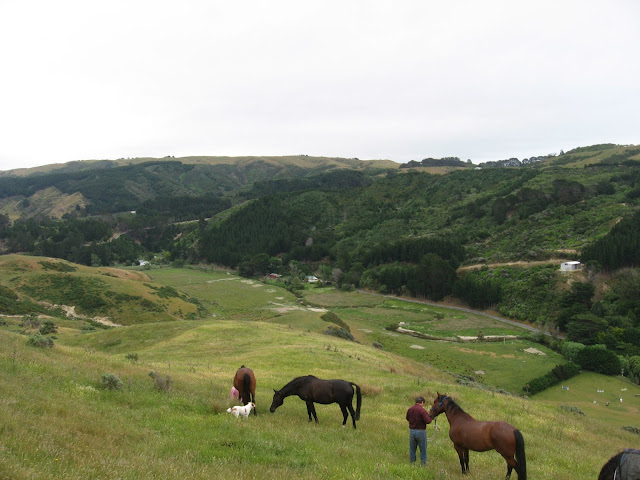 That's me with my horse Biscuit.

The only way I can get up that high these days is for Biscuit to take me there, which he's quite happy to do for me.

On the way out I felt immense sadness and it was hard to divest myself of thoughts about positive feedbacks, trigger points and melting ice.

However, when we arrived and walked up the short distance to get the horses I was met by Biscuit who whickered and walked towards me.  For any of you who know horses you will be aware that this is the equine equivalent of being jumped on and licked all over by a dog.

It was enough to melt away the negativity and bring me to the Present and an awareness of the amazing beauty of Nature.

For a while it was untinged by thoughts of how we are killing it.

For those of us that make the effort, we've all got to individually come to terms with  these momentous changes we are witnessing - with what it means for us personally, collectively and as a living planet.

It requires coming to terms with ourselves, what it means to be human and - ultimately - to reflect on our mortality.

In this respect, I feel blessed that I spent some of my earlier years studying Buddhism and learning meditation.

What comes through from that is 'taking refuge' or being at peace with the way things are. 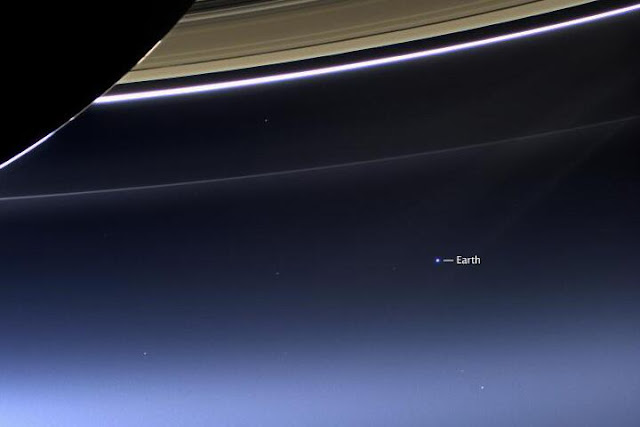 It gives a wonderful perspective of our own importance in the grand scheme of things, doesn't it?

Since yesterday I have seen reactions to our photo series, that runs from outright denial - such as saying its a fabrication of the media (sic), even though, as of now, the media has yet to touch it, through depression, anger and bargaining.

This one really struck me.  It was pointed out that there's really nothing to get excited about because, it seems,  the pictures were not taken at the North Pole. The cameras have moved 350 km.

Well, maybe the cameras have got up and walked the distance, although I suspect there might be other explanations such as ocean currents or the fact that the pole seems no longer to sit on ice.

I don't know. I'm not a scientist.

Then, we're told this is all quite regular and routine - that the Arctic experiences melt pools every year.

From the photo above I'm not sure if I would be game to walk forward with my waders - they're welcome to try.

Somehow this all seems to ignore some basic facts, such as that ice thickness at the pole (0-1 metres) was thinner than surrounding areas.

The Arctic has experienced temperatures that are unprecedented. I'm sure the 80+F that Norilsk has seen in recent days would melt anything.

What about the wildfires raging right through the taiga in Siberia and Northern Canada?

Or the warm, dark water flowing into the sea from Canadian floods? 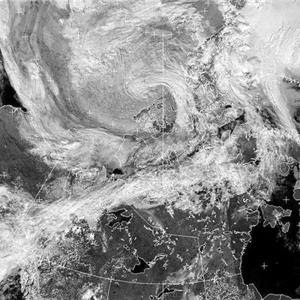 Or any number of feedbacks?

Perhaps it might be better just to keep your head in the sand or if confronted with reality that you can't avoid, explain it away, express righteous anger at the messenger?  Whatever you do, for God's sake - keep to separate factoids. Don't allow any connections be made!

For myself I believe it may be better to avoid trying to argue whether the world is going to be saved by permaculture or whether we are headed for near-term human extinction within a couple of decades.

The reality is that the computer modelling that is still being spewed out in the same week as we witnessed a melting pole and an Arctic cyclone that is sure to have further degraded the ice shelf.

To me it seems reasonable to conclude that at least 15 irreversible positive feedbacks have been unleashed.

That means that we already have runaway climate change.

it also indicates that the most pessimistic of the pessimists will turn out to have been proven correct.

I would be listening to what Guy McPherson, Robertscribbler, Paul Beckwith and others from the Arctic Methane Emergency Group are saying.

I'm not going to be the one to say it - I simply don't know,

But if you ask me I would say it is quite probable that, in the immortal words of Guy McPherson, "We're done" 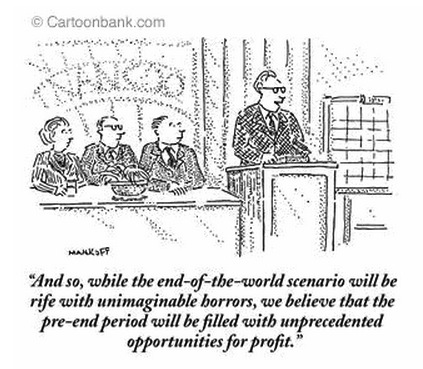 PS. It hasn't  taken the deniers long to come back with their sarcastic nonsense


Arctic Swimming Hole Gone
"Yesterday, our friends were hysterical about a six inch deep pool of water which had accumulated around a buoy 350 km from the pole. They thought that bears were going to drown in it.

"Fortunately, the life guard drained the pool."
Posted by seemorerocks at 16:21