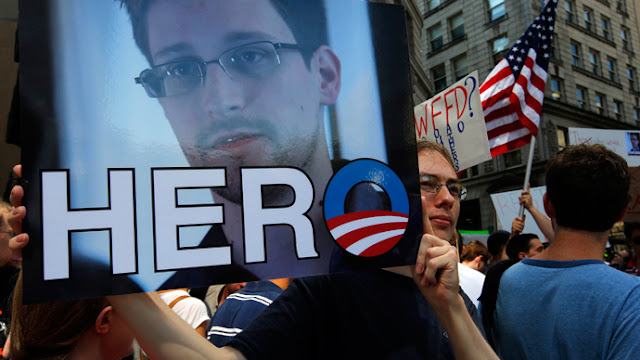 Moscow says security agency FSB is in talks with the FBI over Snowden. But the whistleblower will not be extradited to the US, a Kremlin spokesman said, adding he's sure the fugitive NSA contractor will stop harming Washington if granted asylum in Russia.
“Russia has never extradited anyone, and will not extradite,” said Vladimir Putin’s spokesman Dmitry Peskov.
Russian President is not handling the case of the former CIA employee Edward Snowden, as “Snowden has not made any request that is subject to consideration by the head of the state,” Peskov added.
The issue of Snowden asking for temporary asylum “was not and is not on Putin’s agenda,” Peskov continued, saying that it lies in the sphere of the countries’ security agencies.
Head of the FSB Aleksandr Bortnikov and FBI Chief Robert Muller are engaged in the discussion over Snowden, Putin’s spokesman said Friday.
Responding to the question of whether the former NSA contractor will continue harming the US by leaking classified materials while in Russia, and if the situation is going to undermine Moscow’s ties with Washington, Peskov stressed that “the head of state has expressed strong determination not to allow this,” referring to Putin’s earlier statements.

“I have no doubt that this will be the case, no matter how the situation develops,” the spokesman added.
Meanwhile, the US Senate threatened Thursday that it might impose sanctions against any country that provides asylum to Snowden, including revocation or suspension of trade privileges and preferences.

The 30-year-old Snowden has been stripped of his US passport, and is wanted by the United States on espionage charges for carrying out one of the biggest security leaks in the American history.

The NSA leaker has been stuck in Moscow’s Sheremetyevo Airport since his arrival from Hong Kong, and remains there while his asylum plea is being reviewed by Russian immigration authorities.

His request followed weeks of searching for a way to leave the country, which he had intended to pass through only briefly on his way to another destination.

U.S. assures Russia Snowden won't be executed or tortured
The United States has made a formal promise to Russia not to execute or torture Edward Snowden if he is sent home to face charges of illegally disclosing government secrets, and the Kremlin said Russian and U.S. security agencies are in talks over his fate. 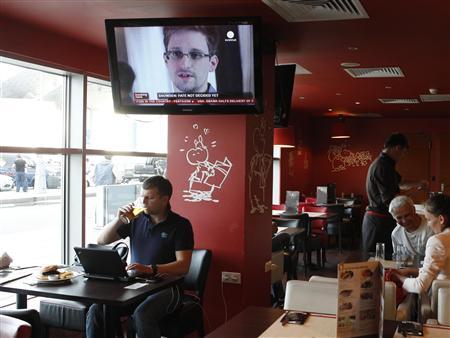 The 30-year-old former U.S. spy agency contractor has been stuck in the transit area of a Moscow airport for more than a month despite Washington's calls to hand him over.


Russia has refused to extradite Snowden, who leaked details of a secret U.S. surveillance program including phone and Internet data, and is now considering his request for a temporary asylum.


In a letter dated Tuesday July 23 and released on Friday, U.S. Attorney General Eric Holder wrote that he sought to dispel claims about what would happen to Snowden if he is sent home.


"Mr. Snowden has filed papers seeking temporary asylum in Russia on the grounds that if he were returned to the United States, he would be tortured and would face the death penalty. These claims are entirely without merit," Holder wrote.


Kremlin spokesman Dmitry Peskov said Russia's FSB and its U.S. counterpart, the FBI, were in talks over Snowden, whose stay at the Moscow Sheremetyevo airport has further strained Moscow-Washington ties.


Russian President Vladimir Putin had expressed "strong determination", he said, not to let relations suffer over the dispute "no matter how the situation develops". Putin himself is not personally dealing with the problem, the spokesman said.


Putin, a former KGB spy, has said Snowden could only be granted sanctuary in Russia if he stopped actions that could harm the United States.


A U.S. law enforcement official following the case confirmed the FBI has been in discussions with the FSB about Snowden for some time now but added he was not aware of any recent breakthroughs or imminent developments stemming from that.


A Russian security expert said the talks may be about how to secure a promise from Snowden to stop leaking if he were granted sanctuary in Russia.


"The United States maybe understands that they are not going to get Snowden, so my theory is that they are trying to save face and stop Snowden from publishing new exposes," Andrei Soldatov said, adding that he was skeptical this could be done.


Snowden's supporters have worried he could face the same fate as Private First Class Bradley Manning, the U.S. soldier on trial for providing documents to WikiLeaks, the anti-secrecy group. On his arrest, Manning was placed in solitary confinement for up to 23 hours a day with guards checking on him every few minutes.


Snowden has been offered asylum by three Latin American countries but none of them is reachable directly on commercial flights from Moscow, where he flew in from Hong Kong on June 23. He has also had his passport revoked by the United States.


His hopes for leaving the Sheremetyevo airport transit zone, which Russia insists is formally not its territory, were dashed at the last minute on Wednesday, prompting a wave of speculation about possible political intervention or a hitch.


A Russian lawyer assisting Snowden in his asylum request, Anatoly Kucherena, who also sits on an advisory group to the Russian authorities, said his client feared he could face torture or the death penalty if returned to the United States.


Russia's federal migration service has up to three months to consider Snowden's temporary asylum request filed on July 16. An official was quoted on Friday as saying that could be extended to six months.


Snowden is a convenient propaganda tool for the Kremlin, which often accuses the United States of preaching abroad what it does not practice at home on human rights.


But Moscow has also held Snowden at arm's length as Putin wants U.S. President Barack Obama to come to a bilateral summit in Moscow before a G20 meeting in St. Petersburg in September.


The White House has left it vague on whether Obama will come to the face-to-face talks.


A U.S. Senate panel voted unanimously on Thursday to seek trade or other sanctions against Russia or any other country that offers asylum to Snowden.


The U.S. House of Representatives on Wednesday narrowly rejected a plan to limit the National Security Agency's ability to collect electronic information, including phone call records.


Snowden's father on Friday blasted U.S. lawmakers for not reining in the electronic spy program made public by his son, accusing them of being "complicit or negligent."


Bruce Fein, an attorney for Snowden's father Lonnie, said he had not yet received a response from Holder to a letter he sent to the attorney general suggesting developing "parameters for a fair trial" for Edward Snowden. Fein said Lonnie Snowden had not had any direct communication with his son since April.

Posted by seemorerocks at 10:05