Russian laws ‘do not limit’ length of Snowden’s stay in transit zone
Russian laws do not limit the amount time that Edward Snowden can stay inside the transit zone of Moscow’s Sheremetyevo airport, and international law does not allow Russia to simply return the whistleblower to the US, Russia's Justice Ministry said 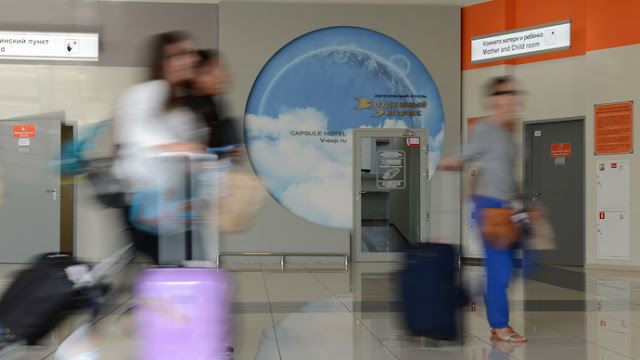 The ministry said in a statement that according to the country’s laws, former CIA employer Snowden can stay inside the international transit zone for as long as he pleases, even though his travel documents were revoked by the US. The whistleblower has been inside Sheremetyevo airport since arriving in Moscow on June 23.

Moreover, the ministry added that it cannot comply with Washington’s request to return the whistleblower to US soil, simply because the term “forced return” does not exist in international law.

"As a rule, the term 'return' in Russian law and practice is applied to voluntary entry of individuals from abroad into the country whose citizens they are," the ministry said.

US Ambassador to Russia Michael McFaul said earlier that the US was not seeking Snowden's extradition, but was instead asking for his return.

"The US is not asking for 'extradition,’ but simply the return of Mr. Snowden. We have sent many people back to Russia," McFaul said on Twitter on Wednesday.

@ianlogsdon The U.S. is not asking for "extradition", but simply the return of Mr. Snowden. We have sent many people back to Russia.
5:10 после полудня - 25 июля 2013
12 РЕТВИТОВ


Moscow and Washington do not have an extradition agreement, although Russia has handed over US citizens on a case-by-case basis in the past.

In a letter from US Attorney General Eric Holder to his Russian counterpart, Justice Minister Aleksandr Konovalov, the attorney reassured that “the United States will not seek the death penalty for Mr. Snowden should he return to the United States.”

However, the former NSA contractor could still face a long jail term if sent back to the US, according to Foreign Affairs Committee chairman of the Russian Duma, Aleksey Pushkov.

"The U.S. has said it will not execute Snowden. American experts told me he is facing 20 years in prison. But his father doesn't believe in fair trial," Pushkov said on Twitter.

Edward Snowden's father, Lon Snowden, said in a telephone interview to AP that his son was vilified by the Obama administration and members of Congress, and is better off staying in Russia.

The elder Snowden said that he has lost faith in recent weeks that his son would be treated fairly by the US Justice Department. He added that his son should avoid returning to the US if possible, until an administration which respects the Constitution comes into office.