The war against journalism

on Kiwi
The New Zealand military received help from US spy agencies to monitor the phone calls of Kiwi journalist Jon Stephenson and his associates while he was in Afghanistan reporting on the war. 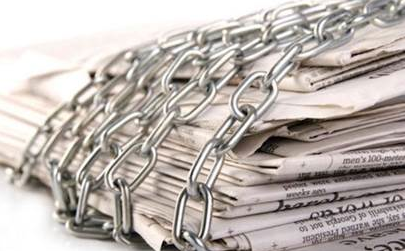 Stephenson has described the revelation as a serious violation of his privacy, and the intrusion into New Zealand media freedom has been slammed as an abuse of human rights.

The spying came at a time when the New Zealand Defence Force was unhappy at Stephenson's reporting of its handling of Afghan prisoners and was trying to find out who was giving him confidential information.

The monitoring occurred in the second half of last year when Stephenson was working as Kabul correspondent for the US McClatchy news service and for various New Zealand news organisations.

The Sunday Star-Times has learned that New Zealand Defence Force personnel had copies of intercepted phone "metadata" for Stephenson, the type of intelligence publicised by US intelligence whistleblower Edward Snowden. The intelligence reports showed who Stephenson had phoned and then who those people had phoned, creating what the sources called a "tree" of the journalist's associates.

New Zealand SAS troops in Kabul had access to the reports and were using them in active investigations into Stephenson.

The sources believed the phone monitoring was being done to try to identify Stephenson's journalistic contacts and sources. They drew a picture of a metadata tree the Defence Force had obtained, which included Stephenson and named contacts in the Afghan government and military.

The sources who described the monitoring of Stephenson's phone calls in Afghanistan said that the NZSIS has an officer based in Kabul who was known to be involved in the Stephenson investigations.

And since early in the Afghanistan war, the GCSB has secretly posted staff to the main US intelligence centre at Bagram, north of Kabul. They work in a special "signals intelligence" unit that co-ordinates electronic surveillance to assist military targeting. It is likely to be this organisation that monitored Stephenson.

Stephenson and the Defence Force clashed in the Wellington High Court two weeks ago after it claimed Stephonson had invented a story about visiting an Afghan base.

The Human Rights Foundation says Defence Force involvement in monitoring a journalist is an abuse of fundamental human rights.

"Don't they understand the vital importance of freedom of the press?" spokesman Tim McBride said. "Independent journalism is especially important in a controversial war zone where the public has a right to know what really happens and not just get military public relations," he said.

The news has emerged as the Government prepares to pass legislation which will allow the Defence Force to use the GCSB to spy on New Zealanders.

The Stephenson surveillance suggests the Defence Force may be seeking the GCSB assistance, in part, for investigating leaks and whistleblowers.

Stephenson said monitoring a journalist's communications could also threaten the safety of their sources "by enabling security authorities to track down and intimidate people disclosing information to that journalist".

He said there was "a world of difference between investigating a genuine security threat and monitoring a journalist because his reporting is inconvenient or embarrassing to politicians and defence officials".

The Star-Times asked Chief of Defence Force Rhys Jones and Defence Minister Jonathan Coleman if they were aware of the surveillance of Stephenson, if they approved of it and whether they authorised the investigation of Stephenson (including the phone monitoring).

They were also asked if they thought journalists should be classified as threats. Neither answered the questions.

Defence Force spokesman Geoff Davies said: "As your request relates to a legal matter involving Jon Stephenson which is still before the court, it would not be appropriate for the Chief of Defence Force to comment."

In fact, none of the issues before that court relate to the surveillance or security manual.

Coleman's press secretary said the minister was not available for comment and to try again next week.

Green Party co-leader Russel Norman said the monitoring of Stephenson demonstrates that the security services see the media and journalists as a legitimate target.

"Democracy totally relies on a free and independent press," he said. "Current attempts to strengthen the security apparatus for monitoring New Zealanders is deeply disturbing and menacing for democracy."

The manual says Chief of Defence Force approval is required before any NZDF participation in "counter intelligence activity" is undertaken. (See separate story)

Stephenson took defamation action against the Defence Force after Jones claimed that Stephenson had invented a story about visiting an Afghan base as part of an article about mishandling of prisoners.

Although the case ended with a hung jury two weeks ago, Jones conceded during the hearing that he now accepted Stephenson had visited the base and interviewed its Afghan commander.

There was "a concerted and deliberate effort to denigrate that journalist's reputation for political ends".

There is currently controversy in the United States over government monitoring of journalists. In May the Associated Press reported that the Justice Department had secretly obtained two months' worth of phone records of its reporters and editors.

The media organisation said it was a "massive and unprecedented intrusion" into its news gathering process.

In the minds of the defence chiefs, probing journalists apparently belong on the same list as the KGB and al Qaeda.

The manual's first chapter is called "Basic Principles of Defence Security". It says a key part of protecting classified information is investigating the "capabilities and intentions of hostile organisations and individuals" and taking counteraction against them.

The manual, which was issued as an order by the Chief of Defence Force, places journalists among the hostile individuals. It defines "The Threat" as espionage, sabotage, subversion and terrorism, and includes investigative journalists under the heading "subversion".

Subversion, it says, is action designed to "weaken the military, economic or political strength of a nation by undermining the morale, loyalty or reliability of its citizens."

It highlights people acquiring classified information to "bring the Government into disrepute".

This threat came from hostile intelligence services and extreme organisations, and "there is also a threat from certain investigative journalists who may seek to acquire and exploit official information for similar reasons", it says.

Viewing journalism as a security threat has serious implications. The manual states that "plans to counter the activities of hostile intelligence services and subversive organisations and individuals must be based on accurate and timely intelligence concerning the identity, capabilities and intentions of the hostile elements".

It says "one means of obtaining security intelligence is the investigation of breaches of security".

This is where the security manual may be relevant to the monitoring of Jon Stephenson's phone calls. The Defence Force was unhappy at Stephenson's access to confidential information about prisoner handling in Afghanistan and began investigating to discover his sources.

The manual continues that "counter intelligence" means "activities which are concerned with identifying and counteracting the threat to security", including by individuals engaged in "subversion".

It notes: "The New Zealand Security Intelligence Service is the only organisation sanctioned to conduct Counter Intelligence activities in New Zealand. [Chief of Defence Force] approval is required before any NZDF participation in any CI activity is undertaken."

Under the NZSIS Act, subversion is a legal justification for surveillance of an individual.

The sources who described the monitoring of Stephenson's phone calls in Afghanistan said the NZSIS has an officer based in Kabul who was known to be involved in the Stephenson investigations.

Politically sensitive information, such as the kind of stories that Stephenson was writing, is however about politics and political accountability, not security. Metro magazine editor Simon Wilson, who has published a number of Jon Stephenson's prisoner stories, said the Defence Force seemed to see Stephenson as the "enemy", as a threat to the Defence Force.

"But that's not how Jon works and how journalism works," he said. "Jon is just going about his business as a journalist."

The New Zealand Defence Force "seems to be confusing national security with its own desire not to be embarrassed by disclosures that reveal it has broken the rules", he said.