Just about says it all.

Arrested for upholding the US constitution 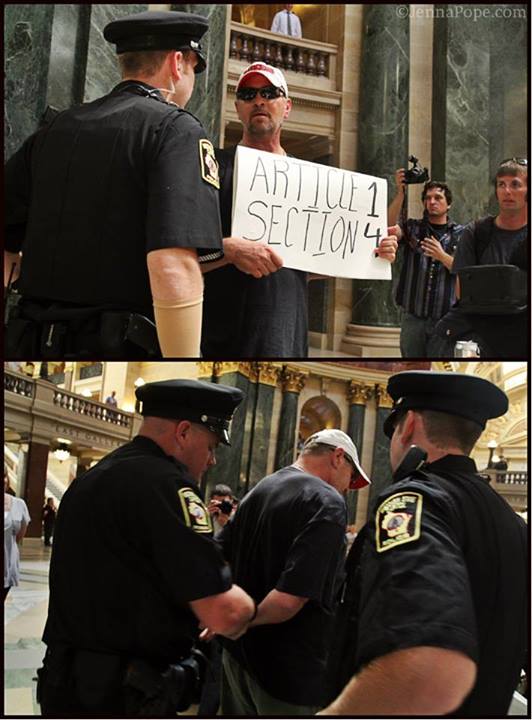 Police officers approached him and said he would be arrested for disorderly conduct if he didn't put his sign down, although he was in no way interrupting the permitted event.

He complied and put his sign down, but another man, whom we don't know, approached him and asked what had happened. This man then offered to hold the sign and risk arrest. Police ultimately arrested this man for disorderly conduct. As far as we know, he could have been there with those who had taken out the permit.

The sign that was held says "Article 1, Section 4", which is a part of the Wisconsin Constitution and reads: "The right of the people peaceably to assemble, to consult for the common good, and to petition the government, or any department thereof, shall never be abridged."
Posted by seemorerocks at 11:20