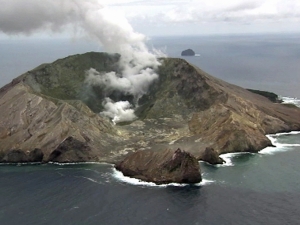 "Audible jets of gas were being shot through the small lake and broader expanding bubbles of dark lake sediments and debris were being ejected 20-30 metres vertically," he said.

GNS Science has issued a level one volcanic alert and the aviation code has been lifted to yellow.

It is similar to the volcanic activity that happened earlier in February, when the volcano spewed ash into the air and the volcanic alert level was raised to two.

GNS Science said there was no reason to believe the activity was related to the recent Cook Strait earthquakes.