US judge rules that Espionage Act does not require proof of any harm done
In another potential setback for whistleblowers, a US judge has made a ruling that essentially lowers the requirements for government prosecutors to prove damage to national security committed by alleged leakers. 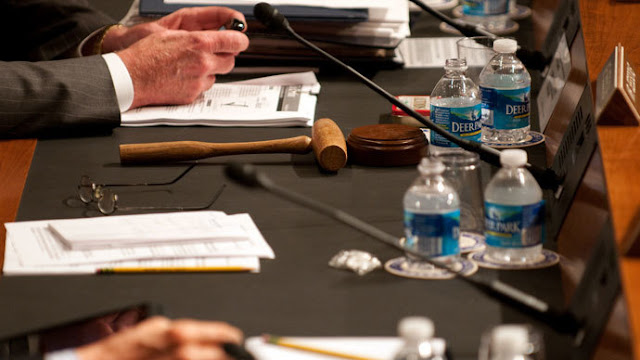 The case concerns Stephen Jin-Woo Kim, who in 2010 was indicted on two counts of disclosing national defense secrets to Fox News reporter James Rosen the year prior. Kim’s information was based on an intelligence report which was available to a limited number of government employees.

Judge Colleen Kollar-Kotelly ruled that the prosecution does not need to show that the information Kim allegedly leaked could damage US national security or benefit a foreign power, even potentially.

Her ruling went against the 1985 v. Morison case, in which Samuel L. Morison was convicted of unauthorized disclosure of satellite imagery to Jane’s Defence Weekly. Kollar-Kotelly said that she disagreed with the precedent it set, which required prosecution to prove harm to national security.

“The Court declines to adopt the Morison court’s construction of information relating to the ‘national defense’ insofar as it requires the government to show that disclosure of the information would be potentially damaging to the United States or useful to an enemy of the United States,” Judge Kollar-Kotelly wrote.

That decision could well modify interpretation of the 1917 Espionage Act for future whistleblower cases. Kim’s legal defense says that without the need to prove harm done to national security, the Espionage Act is essentially converted into a “Government Secrets Act.”

“The requirement that disclosure of the information be ‘potentially damaging’ is ‘implicit in the purpose of the statute and assures that the government cannot abuse the statute by penalizing citizens for discussing information the government has no compelling reason to keep confidential,” wrote the defense.

In her ruling, the judge accepts the prosecution’s argument that interpretation of the Espionage Act does not necessitate that the government prove its case, contrary to 1985 v. Morison and subsequent cases since then.

“By its terms, Section 793(d) [of the Espionage Act] does not require the United States to prove any harm, whether potential or not…” wrote the prosecution.

Kim’s story has become one of the most well known instances of an Obama administration clampdown on government information leaks, and attracted national attention following disclosure of a warrant for Rosen’s personal emails and the potential to prosecute the reporter as a co-conspirator. That warrant came to light on the heels of evidence showing far wider surveillance of phone records pertaining to the Associated Press.

Federal prosecutors have argued that Kim’s leak falls under harm to national defense, while Kim and his defense team have countered that the information was well known within Washington, and that the Justice Department is exceeding the spirit and definition of espionage laws.

Last week, Kim’s defense attorney, Abbe Lowell, argued that other national security officials could have communicated with Fox News reporter James Rosen prior to him publishing his story on North Korea’s nuclear program.

Court documents from Kim’s trial included details of contacts made by Fox News either directly or to the offices of three other potential sources in government, all who denied any involvement in the leak. Those sources included former deputy national security adviser Denis McDonough, former counterterrorism adviser John Brennan – who now serves as CIA director - and former deputy national security adviser for operations, Mark Lippert - now an assistant secretary of defense.

The case brought against Kim is unlikely to go to trial before early 2014, according to The Washington Post.