Is something up at Oroville Dam?
Seemorerocks

Margo has done a very informative video on earthquakes around the world.


In it she discussed her concerns about a 2.5 quake that was reported by USGS as a 2.5 quake caused by a chemical explosion that was minus 0.2 km (in other words 200 m above ground, say on or under a hill.

Readers may recall it was this particular dam which almost collapsed during torrential rains in California several years ago, with its main spillway literally torn out of the ground by raging overflow waters.

Now, an explosion has taken place very near the dam but NO DETAILS WHATSOEVER are being released about it!

Expert: What You Need To Know About The Oroville Dam Crisis


The following comment appeared in the comments under Margo's You Tube item:


blancolirio
Instead of spreading FEAR and MISINFORMATION try doing a little RESEARCH. The chemical explosions on the USGS map are from planned blasting just above the new spillway to backfill the new spillwy walls. Here's the link "

And here is the item he is referring to:

The blasting will be used to break up rock above the spillway and is used to improve hillside safety. According to the Department of Water Resources, the blasting occurring on Friday will be similar to blasting done in the past several weeks, so they don't expect any loud noise levels.

Friday afternoon and drivers in that area will be at a complete standstill during the 20 minute time frame.

To avoid the delay, drivers can take the following routes:
Turns out "Blancolirio", is a reporter for the Union  from Grass Valley, CA. His name is Juan Brown. 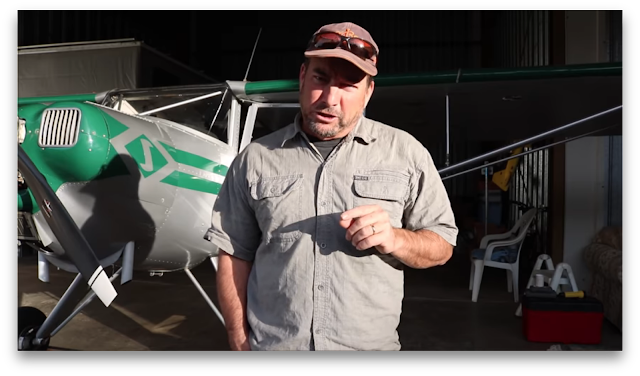 Here he is asking questions to the dam people about the progress of the dam. This is him flying his plane, doing updates, etc

It turns out that the only place on the internet where this is reported outside of Margo and myself is Hal Turner who came to his conclusions quite independently. 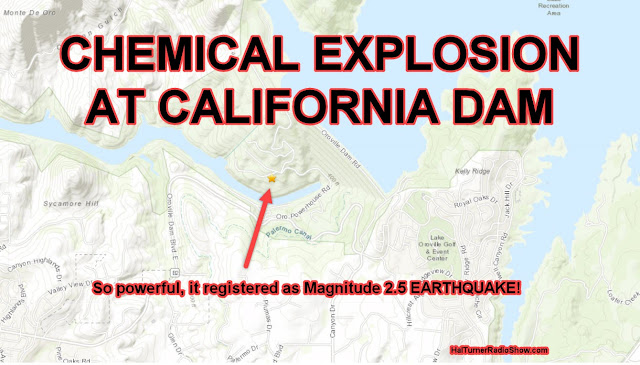 A massive explosion has taken place near the Oroville Dam in California. The explosion was so powerful, it registered on seismographs with the US Geological Survey as a Magnitude 2.5 Earthquake!

Readers may recall it was this particular Dam which almost collapsed during torrential rains in California several years ago, with its main spillway literally torn out of the ground by raging overflow waters.

Now, an explosion has taken place very near the dam but NO DETAILS WHATSOEVER are being released about it!

Authorities are absolutely "mum" on the topic.

Were it not for the USGS reporting it as a Magnitude 2.5 Explosion, there would be a total blackout of information about this.

To put this event in perspective for you, during the attacks of September 11, when the World Trade Center Towers collapsed, those collapses only registered as a Magnitdue 2.0 -- while today's explosion registered as 2.5

That gives you an idea about how powerful this explosion at Oroville was! Yet no one is saying a word about it.

Was this a Terrorist Attack; perhaps some attempt to collapse the Dam and kill thousands with instant flooding? No one is saying.

We are endeavoring to determine what took place and expect to update this story later Saturday.

I am posting this update because responses like the above one by a presstitute who is enamoured with a piece of engineering irritates me beyond measure.

I have no reliable information to tell me whether the notice quoted by the individual is the end of the story. However, I suspect there MAY be more than meets the eye and certainly there are questions to be answered.

What caused his interest in a You Tube story from someone living 90 miles away? Why the aggression?

The first point is that the story was derived from the US Geological Service (USGS).

It was the USGS (not Margo) who labelled it as a "chemical explosion". So why is Mr.Brown attacking Margo for disinformation and fake news and not the USGS?

The first point that needs to be made is that the quake occurred at minus 0.2 km and Margo has found that the coordinates of the quake correspond to a small hill adjacent to the dam spillway. 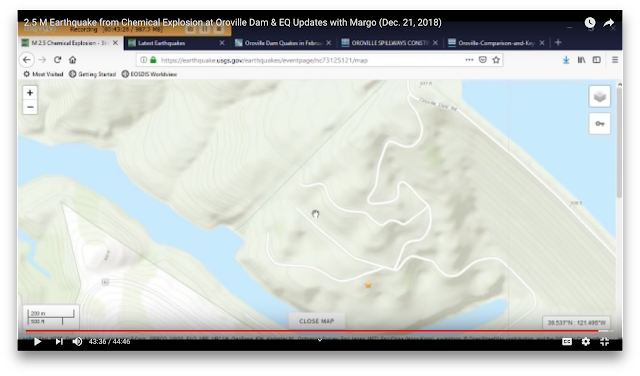 
A 2.1 quake associated with either planned work with explosions or with a "chemical explosion" (whatever that means), according to USGS cannot be caused by explosions:

Can we use a lot of explosives to cause small earthquakes in order to prevent having large ones?


No. Even huge amounts of explosive almost never cause even small earthquakes, and it would take hundreds and thousands of small earthquakes to equal a large one, even if it could be done. In addition, we wouldn't have any control over the size of the earthquake being created if it worked, since small and large earthquakes all start out in exactly the same way. It's just not physically possible.

I think that there are still questions to be answered and Margo has followed all rules of objectivity in her reporting which, I suspect Mr. Juan Brown has not (but as a presstitute he is always 'right', even if he is not speaking the truth).

From the information Margo could find, they had finished the reconstruction of the spillway by Nov. 1, so to see that explosion on USGS was alarming to her..
In the meantime, here is a video from an "incident" some months ago.