John Pilger on the death of journalism

Hold the Front Page: The Reporters are Missing
By John Pilger 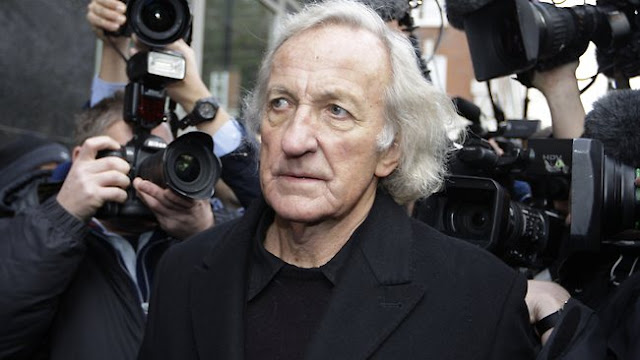 The death of Robert Parry earlier this year felt like a farewell to the age of the reporter. Parry was “a trailblazer for independent journalism”, wrote Seymour Hersh, with whom he shared much in common.

Hersh revealed the My Lai massacre in Vietnam and the secret bombing of Cambodia, Parry exposed Iran-Contra, a drugs and gun-running conspiracy that led to the White House. In 2016, they separately produced compelling evidence that the Assad government in Syria had not used chemical weapons. They were not forgiven.

Driven from the “mainstream”, Hersh must publish his work outside the United States. Parry set up his own independent news website Consortium News, where, in a final piece following a stroke, he referred to journalism’s veneration of “approved opinions” while “unapproved evidence is brushed aside or disparaged regardless of its quality.”

Although journalism was always a loose extension of establishment power, something has changed in recent years. Dissent tolerated when I joined a national newspaper in Britain in the 1960s has regressed to a metaphoric underground as liberal capitalism moves towards a form of corporate dictatorship.

This is a seismic shift, with journalists policing the new “groupthink”, as Parry called it, dispensing its myths and distractions, pursuing its enemies.

Witness the witch-hunts against refugees and immigrants, the willful abandonment by the “MeToo” zealots of our oldest freedom, presumption of innocence, the anti-Russia racism and anti-Brexit hysteria, the growing anti-China campaign and the suppression of a warning of world war.

With many if not most independent journalists barred or ejected from the “mainstream”, a corner of the Internet has become a vital source of disclosure and evidence-based analysis: true journalism sites such as wikileaks.org, consortiumnews.com, wsws.org, truthdig.com, globalresearch.org, counterpunch.org and informationclearinghouse.info are required reading for those trying to make sense of a world in which science and technology advance wondrously while political and economic life in the fearful “democracies” regress behind a media facade of narcissistic spectacle.

In Britain, just one website offers consistently independent media criticism. This is the remarkable Media Lens — remarkable partly because its founders and editors as well as its only writers, David Edwards and David Cromwell, since 2001 have concentrated their gaze not on the usual suspects, the Tory press, but the paragons of reputable liberal journalism: the BBC, The Guardian, Channel 4 News.

Their method is simple. Meticulous in their research, they are respectful and polite when they ask why a journalist why he or she produced such a one-sided report, or failed to disclose essential facts or promoted discredited myths.

The replies they receive are often defensive, at times abusive; some are hysterical, as if they have pushed back a screen on a protected species.

I would say Media Lens has shattered a silence about corporate journalism. Like Noam Chomsky and Edward Herman in Manufacturing Consent, they represent a Fifth Estate that deconstructs and demystifies the media’s power.


What is especially interesting about them is that neither is a journalist. David Edwards is a former teacher, David Cromwell is an oceanographer. Yet, their understanding of the morality of journalism — a term rarely used; let’s call it true objectivity — is a bracing quality of their online Media Lens dispatches.


I think their work is heroic and I would place a copy of their just published book, Propaganda Blitz, in every journalism school that services the corporate system, as they all do.

Take the chapter, Dismantling the National Health Service, in which Edwards and Cromwell describe the critical part played by journalists in the crisis facing Britain’s pioneering health service.

The NHS crisis is the product of a political and media construct known as “austerity”, with its deceitful, weasel language of “efficiency savings”  (the BBC term for slashing public expenditure) and “hard choices” (the willful destruction of the premises of civilized life in modern Britain).

“Austerity” is an invention. Britain is a rich country with a debt owed by its crooked banks, not its people. The resources that would comfortably fund the National Health Service have been stolen in broad daylight by the few allowed to avoid and evade billions in taxes.

Using a vocabulary of corporate euphemisms, the publicly-funded Health Service is being deliberately run down by free market fanatics, to justify its selling-off. The Labour Party of Jeremy Corbyn may appear to oppose this, but is it? The answer is very likely no. Little of any of this is alluded to in the media, let alone explained.


Edwards and Cromwell have dissected the 2012 Health and Social Care Act, whose innocuous title belies its dire consequences. Unknown to most of the population, the Act ends the legal obligation of British governments to provide universal free health care: the bedrock on which the NHS was set up following the Second World War. Private companies can now insinuate themselves into the NHS, piece by piece.

Where, asks Edwards and Cromwell, was the BBC while this momentous Bill was making its way through Parliament? With a statutory commitment to “providing a breadth of view” and to properly inform the public of “matters of public policy,” the BBC never spelt out the threat posed to one of the nation’s most cherished institutions. A BBC headline said: “Bill which gives power to GPs passes.” This was pure state propaganda.

There is a striking similarity with the BBC’s coverage of Prime Minister Tony Blair’s lawless invasion of Iraq in 2003, which left a million dead and many more dispossessed. A study by the University of Wales, Cardiff, found that the BBC reflected the government line “overwhelmingly” while relegating reports of civilian suffering. A Media Tenor study placed the BBC at the bottom of a league of western broadcasters in the time they gave to opponents of the invasion. The corporation’s much-vaunted “principle” of impartiality was never a consideration.


One of the most telling chapters in Propaganda Blitz describes the smear campaigns mounted by journalists against dissenters, political mavericks and whistleblowers. The Guardian’s campaign against the WikiLeaks founder Julian Assange is the most disturbing. Assange, whose epic WikiLeaks disclosures brought fame, journalism prizes and largesse to The Guardian, was abandoned when he was no longer useful. He was then subjected to a vituperative – and cowardly — onslaught of a kind I have rarely known.

With not a penny going to WikiLeaks, a hyped Guardian book led to a lucrative Hollywood movie deal. The book’s authors, Luke Harding and David Leigh, gratuitously described Assange as a “damaged personality” and “callous.” They also disclosed the secret password he had given the paper in confidence, which was designed to protect a digital file containing the U.S. embassy cables.

With Assange now trapped in the Ecuadorean embassy, Harding, standing among the police outside, gloated on his blog that “Scotland Yard may get the last laugh.”

The Guardian columnist Suzanne Moore wrote, “I bet Assange is stuffing himself full of flattened guinea pigs. He really is the most massive turd.”

Moore, who describes herself as a feminist, later complained that, after attacking Assange, she had suffered “vile abuse.” Edwards and Cromwell wrote to her: “That’s a real shame, sorry to hear that. But how would you describe calling someone ‘the most massive turd’? Vile abuse?”

Moore replied that no, she would not, adding, “I would advise you to stop being so bloody patronizing.” Her former Guardian colleague James Ball wrote, “It’s difficult to imagine what Ecuador’s London embassy smells like more than five and a half years after Julian Assange moved in.”

Such slow-witted viciousness appeared in a newspaper described by its editor, Katharine Viner, as “thoughtful and progressive.” What is the root of this vindictiveness?  Is it jealousy, a perverse recognition that Assange has achieved more journalistic firsts than his snipers can claim in a lifetime? Is it that he refuses to be “one of us” and shames those who have long sold out the independence of journalism?

Journalism students should study this to understand that the source of “fake news” is not only trollism, or the likes of Fox News, or Donald Trump, but a journalism self-anointed with a false respectability: a liberal journalism that claims to challenge corrupt state power but, in reality, courts and protects it, and colludes with it. The amorality of the years of Tony Blair, whom The Guardian has failed to rehabilitate, is its echo.

“[It is] an age in which people yearn for new ideas and fresh alternatives,” wrote Katharine Viner. Her political writer Jonathan Freedland dismissed the yearning of young people who supported the modest policies of Labour leader Jeremy Corbyn as “a form of narcissism.”

“How did this man ….,” brayed the Guardian‘s Zoe Williams, “get on the ballot in the first place?”  A choir of the paper’s precocious windbags joined in, thereafter queuing to fall on their blunt swords when Corbyn came close to winning the 2017 general election in spite of the media.

Complex stories are reported to a cult-like formula of bias, hearsay and omission: Brexit, Venezuela, Russia, Syria. On Syria, only the investigations of a group of independent journalists have countered this, revealing the network of Anglo-American backing of jihadists in Syria, including those related to ISIS.

Made 14 years ago this is one of the best films Pilger has made on these themes. See John Bolton call Pilger a 'communist'.