Note: This is from foreign media.

Scientists are "puzzled" once again and the scientist at Victoria University who I think will give any explanation  to justify his "easy-does-it" approach to climate change thinks it is due to "more sun"and "less wind".

“It’s just a patch of water that’s had a lot of sunny skies and not much wind”.

These people take a description and call it a "cause"

Our part of the world is still one of the windiest on the planet.

I have been reporting on a hot blob in the Tasman Sea for the last 3 years. During that period it never went away and only dissipated over the last year.

I was observing and reporting on this LONG BEFORE the authorities who only mentioned it when it was too obvious to be ignored while always reporting in a way that understated the phenomenon (I am talking of NZ's NIWA, the equivalent of NOAA. 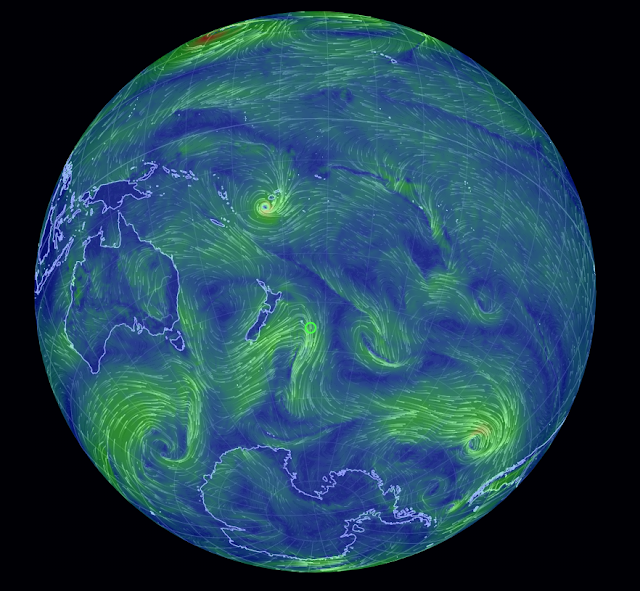 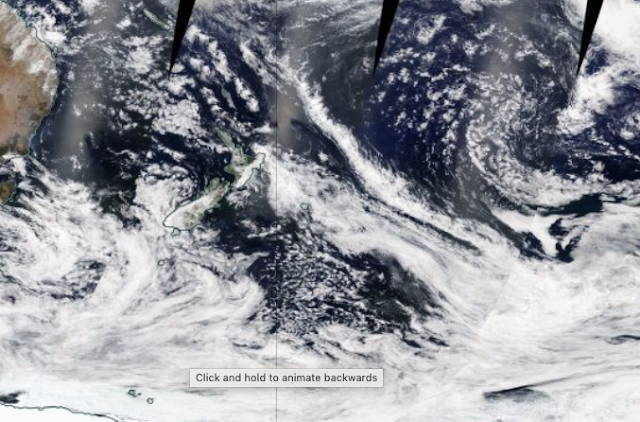 Area of water in the Pacific Ocean off NZ is 6C hotter than normal, possibly due to a lack of wind in the region 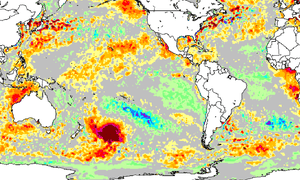 A spike in water temperature of up to 6C above average across a massive patch of ocean east of New Zealand is likely to have been caused by an “anti-cyclone” weather system, a leading scientist says.

Appearing on heat maps as a deep red blob, the patch spans at least a million square kilometres – an area nearly 1.5 times the size of Texas, or four times larger than New Zealand – in the Pacific Ocean.

James Renwick, the head of geography, environment and earth sciences at Victoria University in Wellington, said the scale of the temperature spike near the sparsely populated Chatham Islands archipelago was remarkable, and had been building for weeks.

“It’s the biggest patch of above average warming on the planet right now. Normally the temperatures there are about 15C, at the moment they are about 20C,” he said. 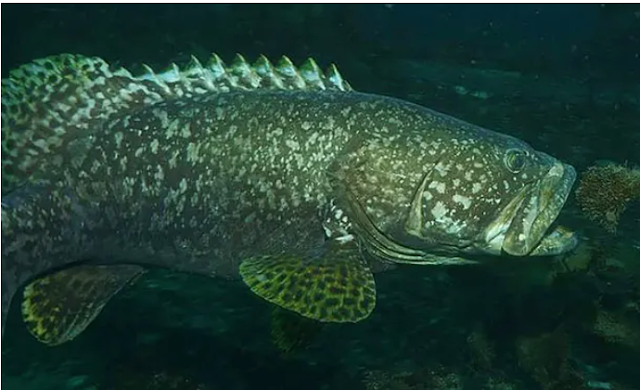 Renwick said the blob could be linked to rising atmospheric greenhouse gas emissions, as a result of climate change, but he expected it was overwhelmingly due to natural variability – a strong high pressure system and a lack of wind.

“It’s not uncommon to see patches of warmer water off New Zealand but this magnitude of four, five, up to six degrees is pretty unusual,” Renwick said.

“It’s probably a very thin layer of ocean that has warmed up and there hasn’t been any wind to cool it for several weeks.”

Anti-cyclones form when a mass of air cools, contracts and becomes more dense, increasing the weight of the atmosphere and the surface air pressure.

Renwick said a surge in ocean heat over a short period could be difficult for local marine life if it penetrated far beyond the surface. Ocean temperatures are less prone to sharp changes than those on land due to the amount of energy required to warm an area of water.


He said scientists would study the spike in coming weeks to gain more insight into its cause and local impact. It followed a marine heatwave two summers ago that propelled New Zealand’s hottest summer on record, more than 3C above average, and led to tropical fish from Australia being found along the country’s coast.

(Ed.This was NOT a one-off blob that came and went as described here but was here for at least 2 years and has only dissipated in the last few months)

Across the globe, the World Meteorological Organisation says the last decade has almost certainly been the hottest on record for land and oceans. Seas have also grown more acidic as they have absorbed carbon dioxide from the atmosphere.

Temperatures for the years 2010 to 2019 were about 1.1C above the average for the pre-industrial period. The preliminary findings of the WMO’s annual state of the global climate report released earlier this month found this year was likely to be the second or third warmest since records began. 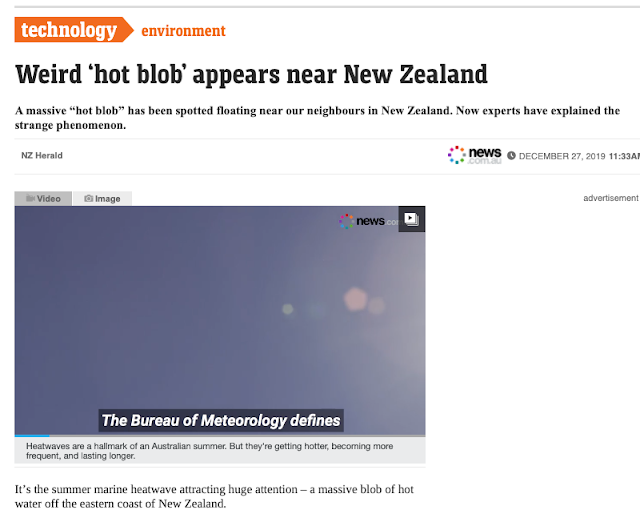 
A marine heatwave measuring almost one million square kilometres has been detected off the east coast of New Zealand.

The heatwave has pushed the ocean temperature up by about 5C above the normal temperature of 15C.

The large blob was identified by thermal imaging from the US National Oceanic and Atmospheric Administration.

Victoria University Professor of Physical Geography James Renwick said the heatwave was likely to be caused by warm northerly winds and extended periods of sunshine.

Dr Renwick said, while heatwaves were not unusual, they were happening more often due to the global warming.

He also said marine life was likely to be affected.

This time round, it doesn't appear the ocean heat will have much impact on land temperatures, as the currents are moving towards South America. 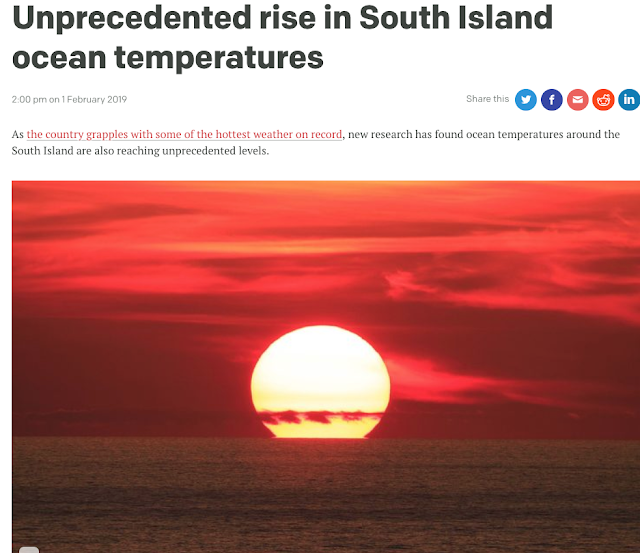 The Tasman Sea warmed on average by 3.7C above normal to reach 20.6C, with fish normally found in the tropics straying further south than they are supposed to.

University of Otago physical oceanographer Dr Robert Smith said while this may be good for recreational fishers, it pointed to the disruption of ecosystems that could be devastating to some species.

https://www.rnz.co.nz/news/national/381488/unprecedented-rise-in-south-island-ocean-temperatures
Posted by seemorerocks at 12:28