Firefighters across New South Wales are set for a moderate Christmas, with cooler conditions to keep fire danger to a minimum.

Rain is forecast for coastal NSW north of Newcastle on Wednesday, while Sydney will have a 50 per cent chance of rain and a maximum of 26C. Easterly winds will also shift a lingering smoke haze away from the city.

Most of coastal NSW is under 'low-moderate' fire risk, while only one region - the northwestern region - is deemed at 'very high' risk. 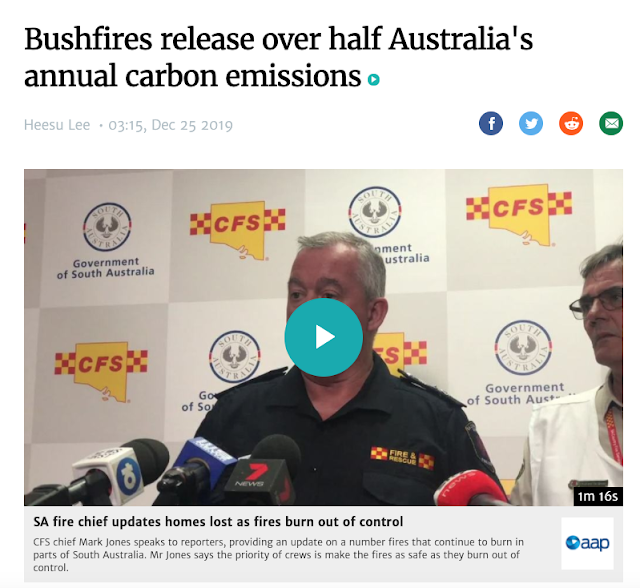 The unprecedented bushfires devastating swathes of Australia have already pumped out more than half of the country's annual carbon dioxide emissions in another setback to the fight against climate change.

Fires blighting New South Wales and Queensland have emitted a combined 306 million tons of carbon dioxide since August 1, which is more than half of Australia's total greenhouse gas footprint last year, according to Niels Andela, an assistant research scientist at NASA's Goddard Space Flight Centre in Maryland, US, and collaborator with the Global Fire Emissions Database.

That compares with the Copernicus Atmosphere Monitoring Service's estimate of 270 million tons in just over four months. 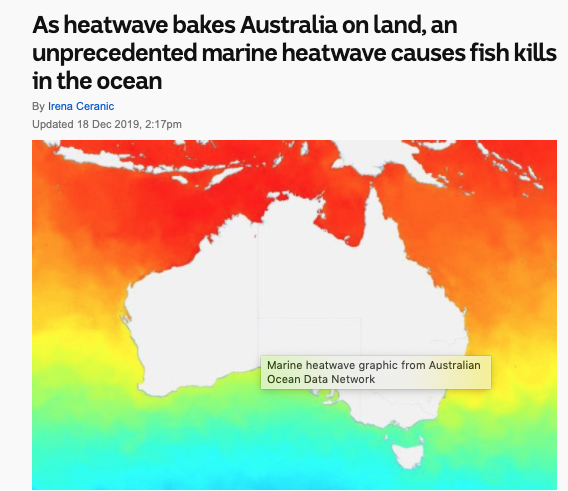 Mainland Australia is bracing for a heatwave so intense it could rewrite the history books, but it is not just the land that is sweltering.

Key points:
The warm waters are believed to have contributed to a number of fish kills in the past month.
https://www.abc.net.au/news/2019-12-18/marine-heatwave-kills-fish-as-australia-faces-record-temperature/11808268 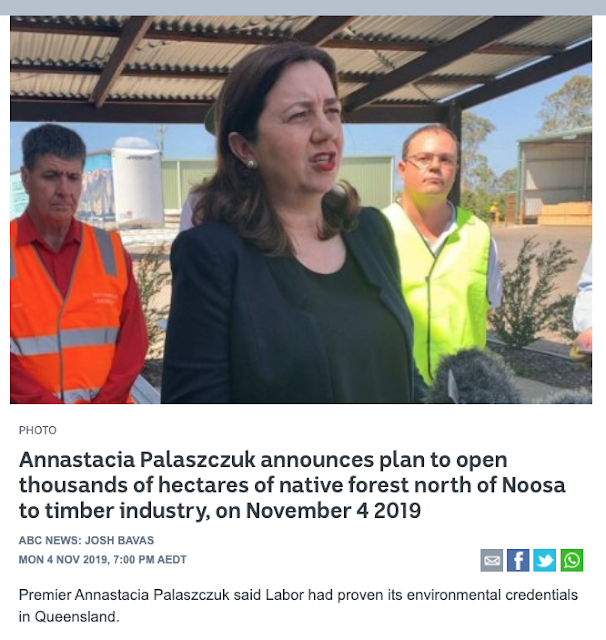 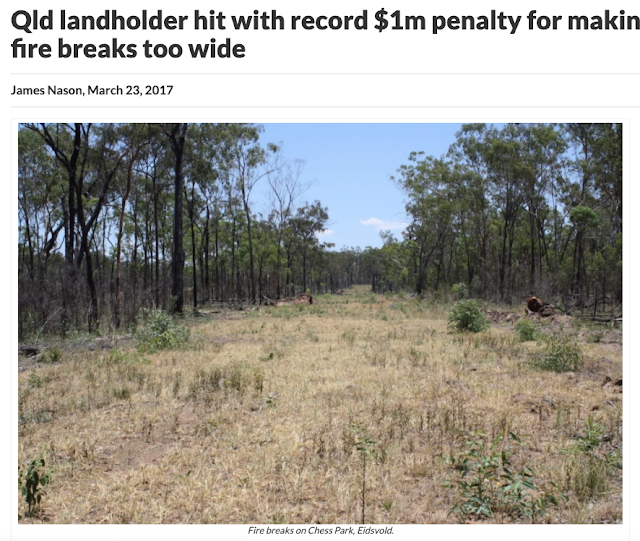 How wide can a fire-break be in Queensland?

Getting the answer wrong, despite receiving conflicting advice from several different Queensland Government staff, has just resulted in a Queensland landowner being forced to pay $999,780 in fines and costs.

In the wake of the severe punishment, which has left the landowner devastated according to his legal team, landowners seeking to undertake future clearing works in areas containing native vegetation, even if for a firebreak, fenceline or road, are being urged to urgently seek legal advice before starting.
https://www.beefcentral.com/news/qld-landholder-hit-with-record-1m-penalty-for-making-fire-breaks-too-wide/