FROM EARLIER: US Conducts Air Strikes In Iraq And Syria

US Conducts Air Strikes In

Iran-Backed Militia After US

The U.S. military conducted air strikes in Iraq and Syria against the five facilities controlled by the Kataib Hezbollah militia group in response to the killing of a U.S. civilian contractor in a rocket attack on an Iraqi military base, US Central Command said on Sunday. A U.S. official told Reuters that the strikes were carried out by F-15 fighter jets.

Statement From Assistant to the Secretary of Defense Jonathan Hoffman

Iraqi security and militia sources said at least 18 militia fighters were killed and more than 50 wounded following three U.S. air strikes in Iraq on Sunday evening, with Reuters reporting that at least four local Kataib Hezbollah commanders were among the dead, adding that one of the strikes had targeted the militia group’s headquarters near the western Qaim district on the border with Syria. 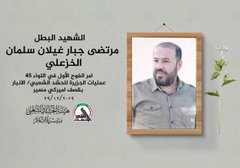 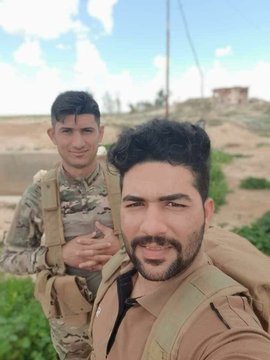 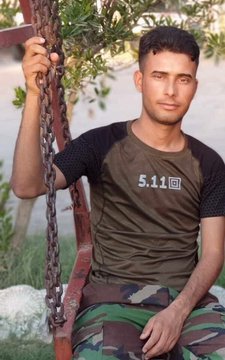 Babak Taghvaee@BabakTaghvaee
#BREAKING: CJTF-Op. #InherentResolve released these images showing before and after the airstrike against five targets belonging to the Kataib Hezbollah (#PMU's 45th Brigade) in #AlQaim, west of #Iraq. 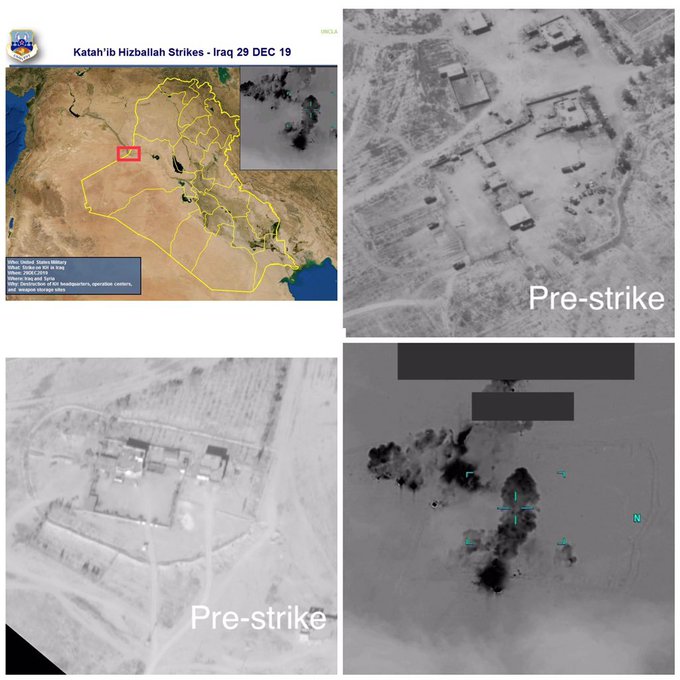 The Pentagon said it had targeted three locations of the Iranian-backed Shi’ite Muslim militia group in Iraq and two in Syria. The locations included weapons storage facilities and command and control locations the group had used to plan and execute attacks on coalition forces. 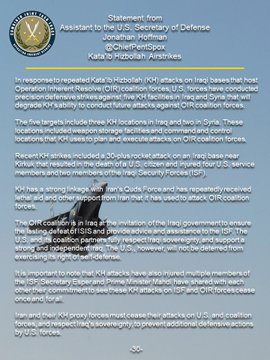 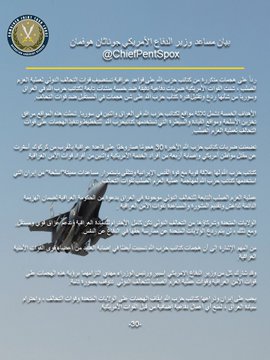 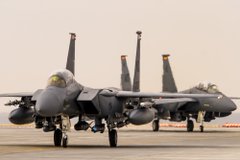 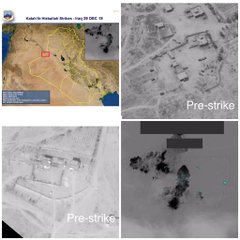 "In response to repeated Kata’ib Hizbollah attacks on Iraqi bases that host Operation Inherent Resolve (OIR) coalition forces, U.S. forces have conducted precision defensive strikes ... that will degrade KH’s ability to conduct future attacks against OIR coalition forces" chief Pentagon spokesman Jonathan Hoffman said in a statement.
The US has accused Kataib Hezbollah of carrying out a strike involving more than 30 rockets on Friday which killed a US civilian contractor and injured four US service members and two members of the Iraqi Security Forces near the oil-rich city of Kirkuk.

Babak Taghvaee@BabakTaghvaee
#BREAKING: #PMU released first images of the aftermath of #USAF airstrike at the local command & control base & ammunition depot of #IRGC's Kataib Hezbollah terrorist organization in #AlQaim, west of #Iraq. Death of several terrorists including two from #IRGC-QF is reported! 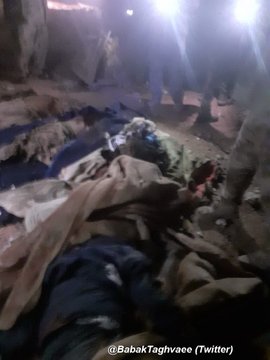 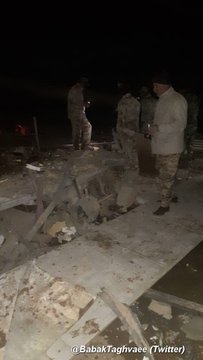 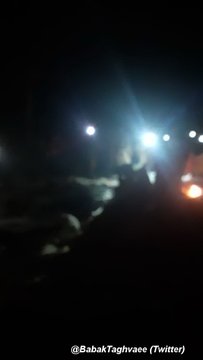 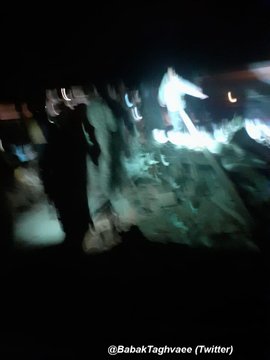 Earlier this month, Secretary of State Mike Pompeo blamed Iranian-backed forces for a series of attacks on bases in Iraq and warned Iran that any attacks by Tehran or proxies that harmed Americans or allies would be "answered with a decisive U.S. response" which begs the question if today's attack is just a precursor to a broader Iranian offensive.
And in what may perhaps be an early response to this question, shortly after news of the air strikes, the US evacuated all staff from the Iraq embassy in Baghdad following speculation that Kataib Hezbollah might carry-out a rocket attack in retaliation

Babak Taghvaee@BabakTaghvaee
#BREAKING: On order of #IRGC-QF terrorist commander, Qasem Soleimani, the #PMU's 47th Brigade (Kataib Hezbollah) might carry-out rocket attack at #US embassy in #Baghdad's #GreenZone within next few minutes. All #US embassy staff are evacuated. 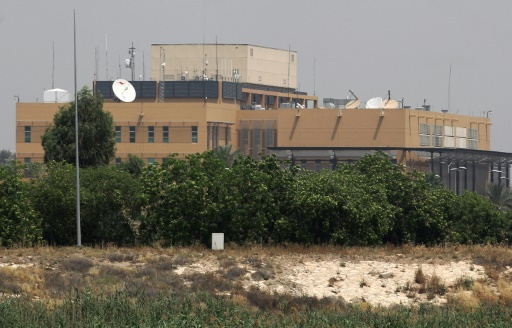 And while we wait to see if an attack will indeed take place against the US embassy in Baghdad, there were unconfirmed reports that Kataib Hezbollah had fired four 107mm rockets at Camp Taji where US troops are present and the Iraqi Air Force has a base; the attack was in response to the US airstrike targeting the Kataib Hezbollah's local HQ.

Babak Taghvaee@BabakTaghvaee
#BREAKING: Minutes ago, #IRGC backed 47th Brigade of #PMU (Kataib Hezbollah) fired four 107mm rockets at Camp #Taji where #US troops are present & #Iraq|i Army Aviation has a base. This attack is carried-out in response to #USAF airstrike at Kataib Hezbollah's local HQ in #AlQaim 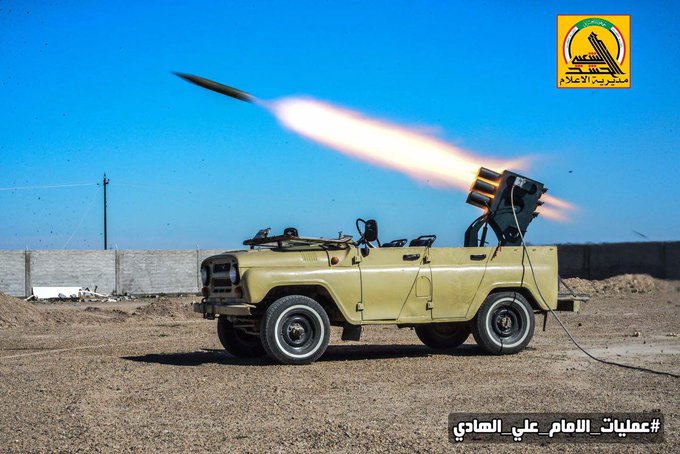 Posted by seemorerocks at 09:37