Australian Police to get high- powered guns while public is unarmed


Australia: Police to get high-

powered guns in drive to 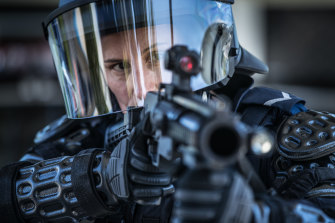 
More than 700 police will be trained to use high-powered semi-automatic rifles, with frontline officers expected to take immediate action to confront terror attacks and active armed offenders.


Deputy Commissioner Shane Patton said on Wednesday that police will buy 300 AR-15 30-shot semi-automatic rifles, with the guns expected to be delivered by the middle of next year.


Police from the public order response team (PORT) and four regional hubs – Geelong, Ballarat, Morwell and Shepparton – will be trained to use the rifles, each valued at nearly $6000. 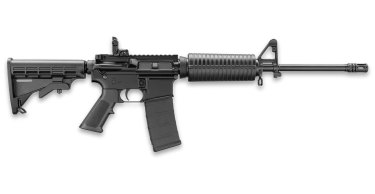 The semi-automatic rifles are part of an increasingly hard-line response to the threat of armed offenders which includes giving police snipers greater authority to shoot to kill.


Mr Patton said police would not follow the London tactic of having specialist foot patrols carrying the guns.


“Police officers will not be patrolling the streets with the rifles as part of general duties," he said.


"Unless they are responding to a critical incident, the rifles will be securely stored at the police station or in vehicles and the community won’t see them.”

The Age revealed in March that police would get military-style automatic weapons to deal with high-risk incidents, such as sieges and terror event and to combat the proliferation of gun-related crime.

The weapons will be kept in stations and specially built pods inside police vehicles.


Mr Patton said they would be used as part of the active armed offender policy, where first responding police are expected to take immediate action rather than wait for specialist units in the case of a public attack.

“Let me be clear, it will be a very sad day if the rifles are used but the reality is we need to be prepared if an active armed offender or terrorist attack was to occur in regional Victoria,” Mr Patton said.


‘‘We need to be able to quickly respond to a threat.’’


He said police had thwarted a series of mass murder plots where offenders were trying to buy heavy powered weapons.

Mr Patton said police trained to use the heavy calibre .223 weapons would have access to multiple magazines.


‘‘Police need to be equipped to take out the threat to protect the public.’’


He said that the mobile PORT units meant the guns would be available at any threat in Melbourne ‘‘within minutes’’.


“These incidents [involving active shooters] are usually resolved within 15 minutes and if we expect police to take on heavily armed offenders we need to give them the necessary firepower,’’ Mr Patton said.

‘‘They will only be taken out when we plan to use them.’’

Police Minister Lisa Neville said the guns would help officers "respond quickly to major incidents at short notice, as well as the ongoing threat of terrorism”.

Last month police launched a hostile vehicle policy that states police must take decisive action against drivers who attempt to use their cars as weapons against the public.