Clouds that cover the sun in NZ and bushfires in Australia


Max Igan has a great mind and is good at analysing but falls into the usual trap of thinking only one thing can be true at one time.


Answers to bits of the puzzle can be found in seemingly-contradictory sources.

Reflections on clouds
obscuring the sun and the
Australian bushfires

Today was a fairly-typical day. We have had a few days of overcast sky with low temperatures for summer - or at least that is the perception. But today was a "clear"day that looked like this:

I have taken this before and sometimes closer to the horizon but here I tried to get as close to overhead as I could with my iPad camera.

This is what it looks like with a tinted lens.

What this clearly shows is that the sky is almost always covered in high "cirrus" cloud that obscures the sun.  When the thick clouds go and there is a "chink" this is what you see behind the thick clouds.  If there is a clear sky it never lasts for long and always turns into an overcast sky.

I have never listened to a video or read an article that talked about geoengineering or "Agenda 21" and think "yes, that's it!"

I wake just about every morning actually wishing that none of this was true and just a bad dream but I keep being bombarded with evidence that I cannot ignore.

My partner, Pam and I have been seeing the skies for a while and find this quite disturbing. Through our lives the skies of New Zealand have been pristine (harsh,even), and it has always struck me what is in the atmosphere in Australia (dust etc.) compared with here.   Not any more. When I look at what's in the sky in other parts of the world it all just looks just the same except we don't have the criss-cross of contrails, perhaps because we don't have the level of aviation activity.

But that is all.

Every time I have posted photos like the ones above I have reached out to see if anyone out there has a credible explanation for these skies. No one ever has (perhaps because it is hard to argue with something that is true and before one's eyes).

Instead all we get is contempt and ridicule - like from Guy McPherson.

Today I posted my pictures on Facebook along with a briefer version of this as explanation.  Within an hour I was locked out of my account and had to reset my password (this time it actually worked) and my photos had been made to disappear.

I have no idea if this is official and have taken down my account or this is the action of one troll who managed to get hold of my password and lock me out.

Such are the times we are living in.

We live in a time when we are not allowed to ask hard questions but we are mandated to become passive consumers of disinformation.

There is no doubt that the wool is being pulled over our eyes and we are being fed a Big Lie.

FOCUSING ON THE AUSTRALIAN BUSH FIRES


For instance that is very true in the case of the fires in Australia.

Just look at this map and see how much hotter Australia is than anywhere else on the planet which, itself is much hotter than average. 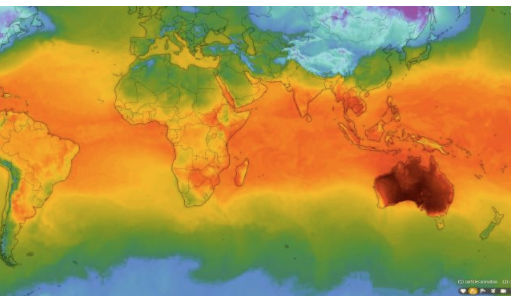 I have said for the last year or so that global heating is so much worse than . anyone is letting on. CO2 is higher than it has been for thousands of years, all greenhouse gasses are through the roof.

The people that deny this reality are, I would argue, are living in cloud cuckoo land and global warming causing catastrophic climate change is as real-as-real.

But that does not mean that others who are wrong  about this cannot have a piece of the puzzle and be right about that.

Because one thing is true (and not quite in the way it is being presented to them) it does not mean that something cannot be true at the same time.

Here is a video that shows how moist air systems may have been directed away from the mainland by HAARP-like technology ( for instance to Tasmania which has seen wetter-than-usual weather).

This seems to have elicited a response by authorities and media: 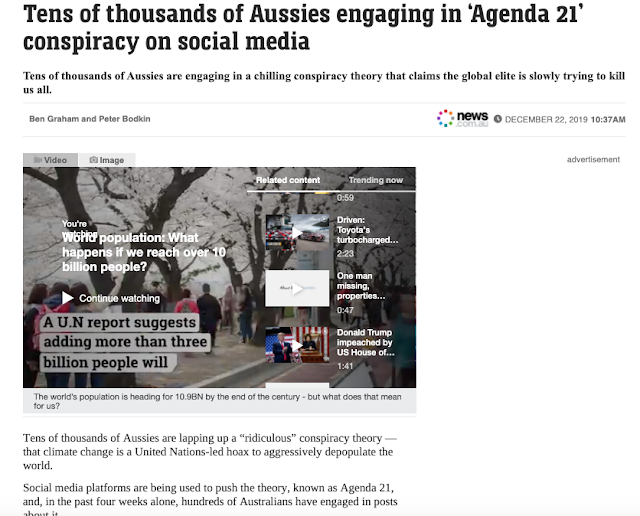 And then this, from Max Igan:


He believes climate change is fake for the same reason as others and that it is all down to a solar minimum.  Despite this there is a lot that is obviously quite true, such as the drying of Australia which he argues is by design. 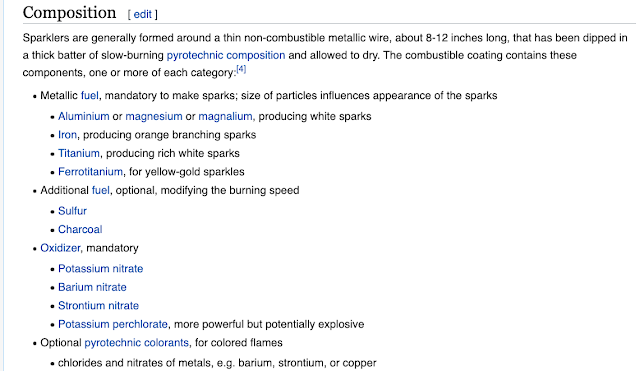 These are the very heavy metals that have been present in in "chemtrails"!

Think they might play a role (in addition to everything else Max talks about) in dessicating the soil?

But none of this can be true "because chemtrails don't exist".

One of the problems of this view is the concept of "problem.. reaction... solution" which explains how false flags such as 9/11 can be created to create the reaction the authorities want to evince so they can do exactly what they want (wage wars and eviscerate human rights).

The problem comes with how and when this is to applied.

I would argue that we need to look at the evidence afresh each time.

When it comes to climate change this is just inappropriate because the actual physical reality is just that.  That does not mean that governments do not act in ways that exploit this situation to further their own agendas (such as the "fourth industrial revolution").

Maybe they are trying to depopulate Australia but that does not contradict a heating and drying Australia.

This is another video on the subject done by Max Igan: