Update on the Australian bushfires - 28 December, 2019 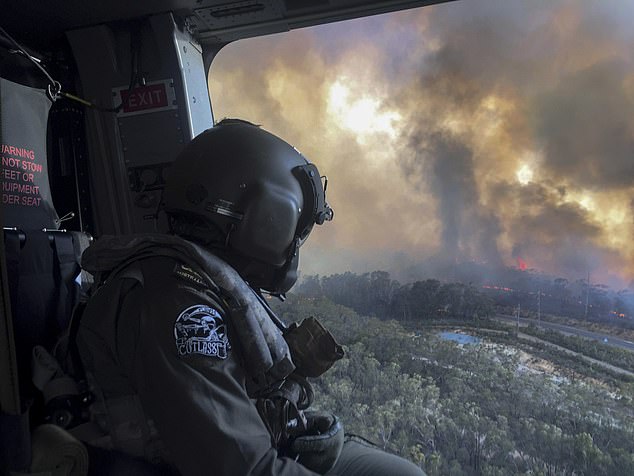 Specialist defence personnel will be sent to advise NSW fire incident controllers at each of the 14 control centres around the state, Prime Minister Scott Morrison said in a statement on Friday.


Those personnel would be able to free up ADF resources such as bulldozers, bulk water carriers and troops for NSW firefighting use. 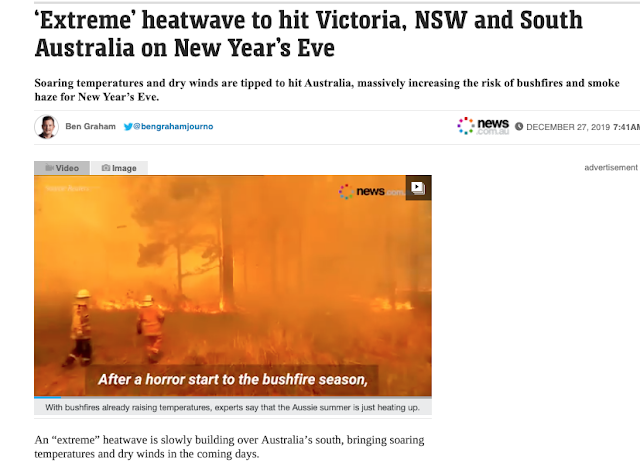 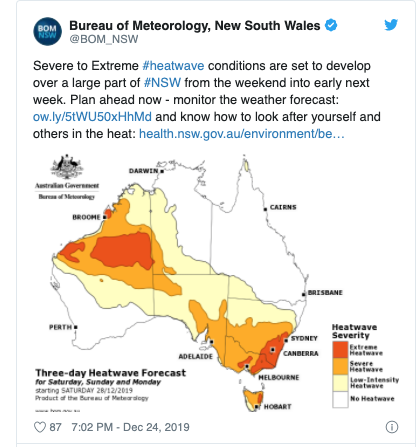 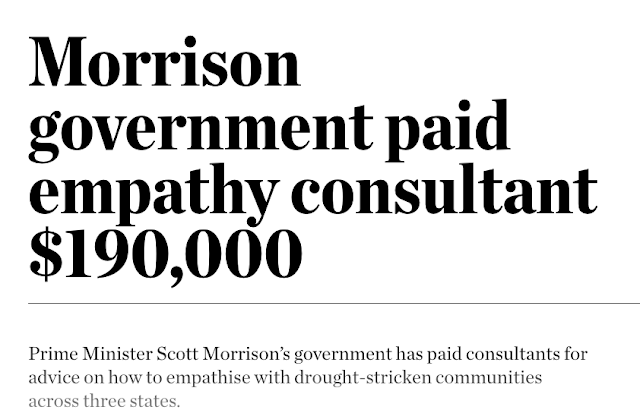 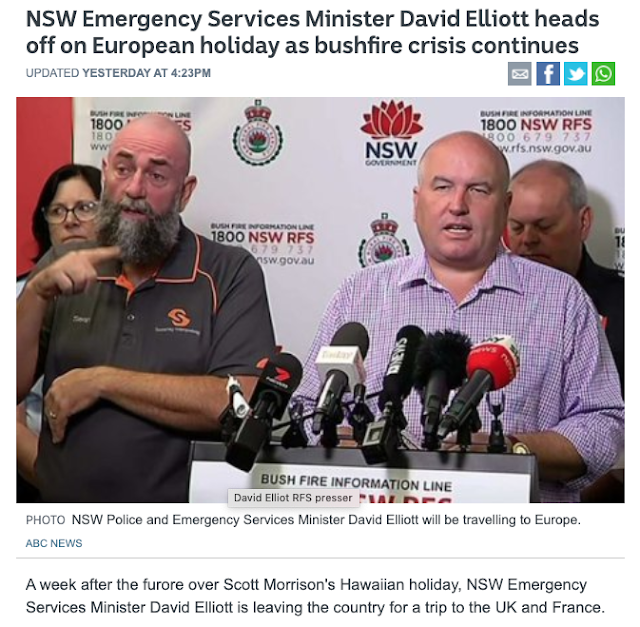 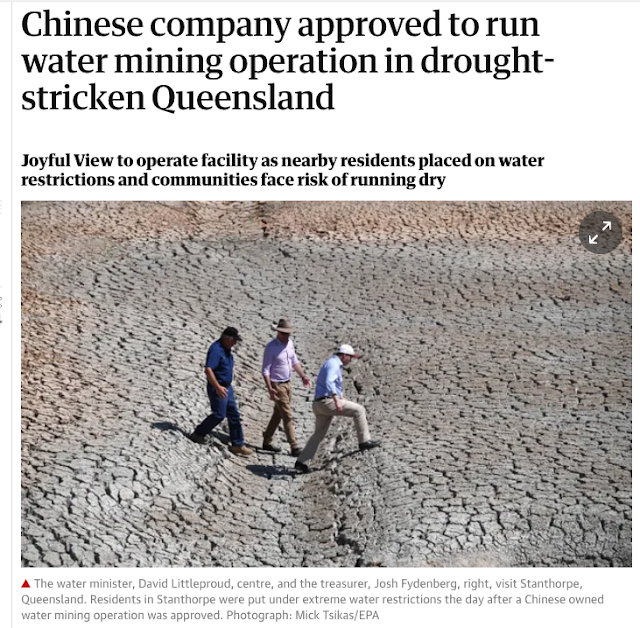 A Chinese-owned company has been granted approval to run a 96m litre a year commercial water mining operation in severely drought-hit southern Queensland, where locals are on water rations and communities at imminent risk of running dry.

The following day the council implemented extreme water restrictions for residents at the nearby towns of Warwick and Stanthorpe, limiting residents to 80L a day.


Stanthorpe is expected to run out of drinking water within weeks. 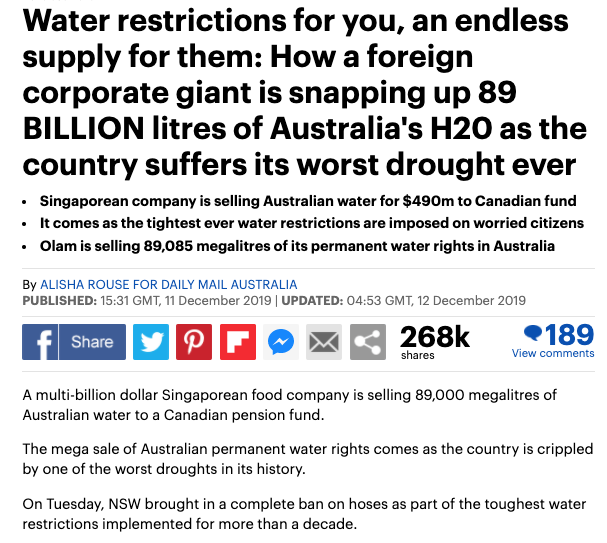 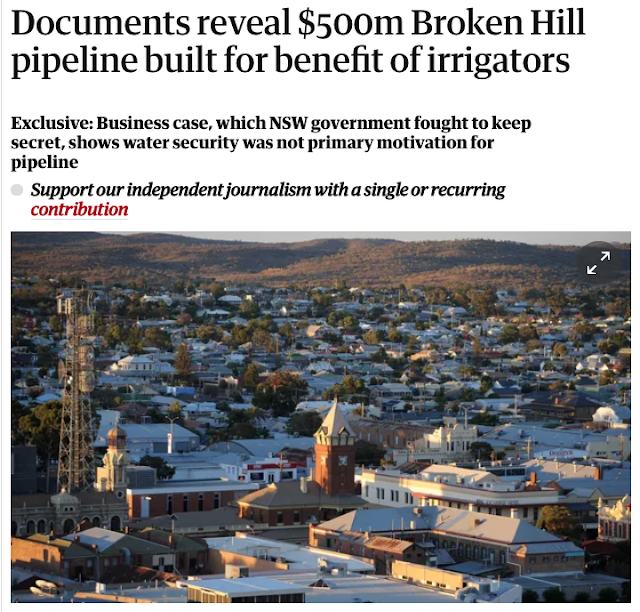 A business case for the controversial $500m Broken Hill pipeline, released after a three-year battle, reveals the New South Wales government made almost no effort to evaluate the impacts of the pipeline on the lower Darling and instead put weight on how the pipeline would help the cotton industry upstream and mining ventures along the pipeline route. 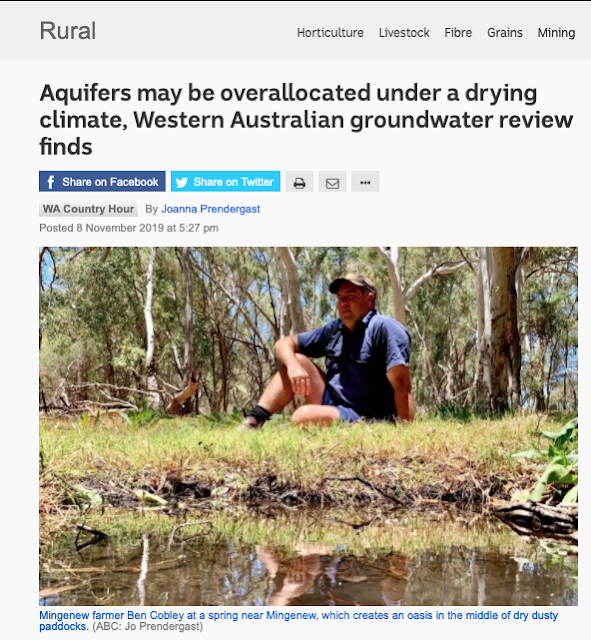