The Beaufort Sea is breaking up 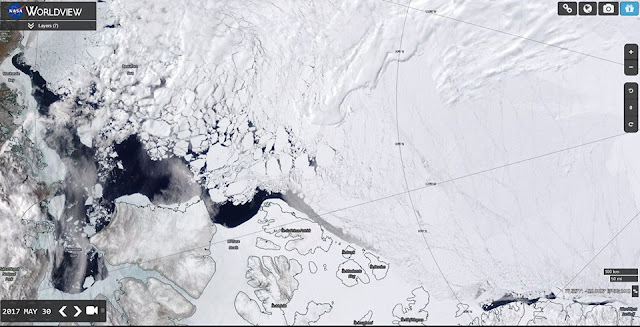 The Beaufort Sea and the Canadian Arctic Archipelago. 05/30/2017 The Beaufort Sea Ice is breaking up. A large crack has developed from the Beaufort Sea to the Lincoln Sea. When the Arctic Ice is no longer attached to the shoreline, it technically becomes a large disintegrating iceberg. Then it is free to move and its motion is generally counterclockwise.

When it comes to the Arctic figures on sea ice extent do not really give the true picture. We end to look at volume or thickness. See how little old ice remains.

In the case of Antarctica we do not know what the thickness of the ice is because it has never been measured. Antarctic research does not have a Peter Wadhams

Northern hemisphere sea ice thickness on 24 May 2017 according to the Arctic Cap Nowcast/Forecast System (ACNFS), US Naval Research Laboratory. The details of this modelling approach are described here. Ice thickness scale (m) is shown to the right 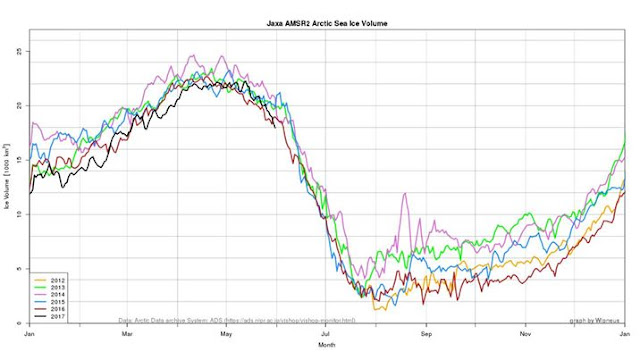 Using the last couple of days for average, we get this math puzzle:

This is sea ice extent for Antactica. It's anyone's guess what the thickness is 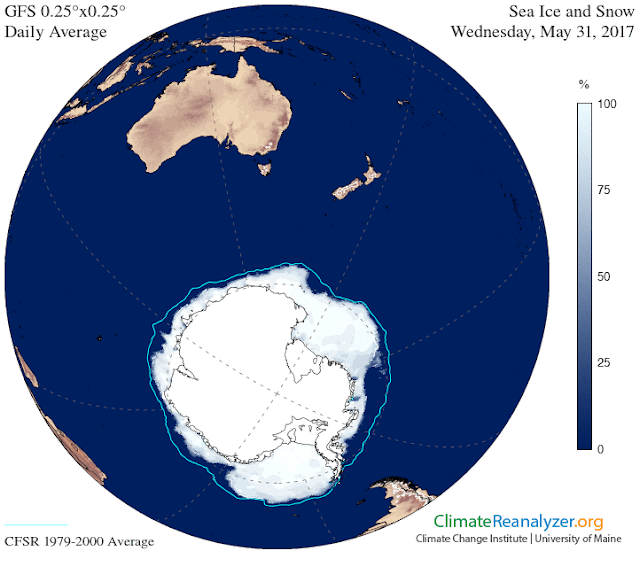