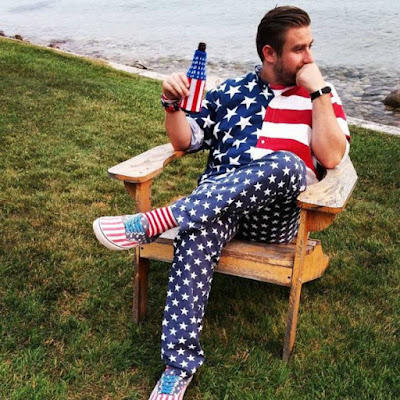 
Twitter has suspended WND for its Seth Rich reporting.
A few days ago The Duran ran a post on the latest developments in the Seth Rich story citing WND, and its revelation that none other than former DNC Chair Donna Brazile had been exposed as the high ranking Democrat official calling DC police to inquire about how far a Private Investigation into the murder of Seth Rich had progressed.

Now in a stunning WND exclusive, Twitter has suspended WND for its Seth Rich reporting…Deactivating their account over the story about Donna Brazile’s involvement.

The full spectrum paranoia being displayed by the liberal left and the Deep State with regards to anything “Seth Rich” will only server to strengthen speculation that this story runs much higher and much deeper than just a simple botched robbery.
As a reminder, WND reported…

“The high-ranking DNC official that called the police after I inquired about Rich’s case was Donna Brazile,” veteran homicide detective Rod Wheeler told WND. “Why shouldn’t I reveal who it was?”

To promote the story, WND tweeted…

A couple of days ago, WND ran a story entitled “Bombshell: Donna Brazile Warned Off Private Eye On Seth Rich Murder.”  The story was sourced back to on-the-record quotes provided by Detective Rod Wheeler who was hired by the Rich family shortly after their son’s suspicious murder in July 2016.  Among other things, Wheeler said that it was former Democratic National Committee interim chairwoman Donna Brazile who allegedly called police and the Rich family and demanded to know why a private investigator was “snooping” into Rich’s death.

Unfortunately, Twitter seemed to take issue with the story and sent a message to WND demanding that they “Delete Tweet.”

WND refused to remove the tweet, and rightly so. WND was reporting news…the post was well balanced and fully sourced. There was no violation of any of twitter’s “abusive behavior” rules.

In an act that can only be seen as politically influenced, twitter decided to censor WND, freezing their account.

“We have determined that you have violated the Twitter Rules, so we’ve temporarily limited some of your account features.  While in this state, you can still browse Twitter, but you’re limited to only sending Direct Messages to your followers – no Tweets, Retweets, or likes.”

Twitter refused to highlight which of their rules (which can be found here) had been violated when asked by WND.  After a quick review, we must admit that we would have a hard time identifying which rule was ‘violated’ as well.

Here is a list of Twitter’s “Abusive Behavior” rules. Can you figure out which rule WND violated?
Zerohedge rightly points out that twitter did not take such action after the many fake news posts were promoted by the likes of CNN, the WaPo, or the NYT, including the very fake and very disgusting Trump “hotel room” dossier…

But that’s not really the point now is it?  Perhaps the reason we can’t find the ‘rule’ that was violated is because Twitter doesn’t overtly publish their policy which demands the censoring all media which conflicts with their ‘progressive’ worldview.

Or maybe Twitter simply deemed the story to be ‘fake news’?  If so, perhaps Twitter could share their evidence that negates the on-the-record quotes reported by WND.  Or, maybe Twitter just assumed that an upstanding citizen like Brazile, a woman who destroyed her own integrity by sharing debate questions with Hillary’s campaign and subsequently lying about those actions on every media outlet in existence, would never do such a thing.

Moreover, if Twitter is now in the business of censoring ‘fake news’ then perhaps they can explain why our friends at CNN, the New York Times and the Washington Post seem to be able to publish numerous ‘fake news’ stories, on a daily basis, without consequence?  Remember that whole ‘Golden Showers’ dossier that CNN pumped relentlessly over Twitter that was subsequently debunked with very minimal efforts.