Theresa May pushes crackdown on internet as response to Manchester bombing

Starting with Patrick Henningsen and Mike Robinson on UK Column

The premier defends her record on tackling terrorism in the face of police cuts and the failure to stop returning jihadi fighters.

Theresa May secured support from fellow G7 leaders on tackle extremists online and stop foreign fighters returning to the UK and Europe, as the Prime Minister put counter-terrorism centre stage of the annual summit of leading industrial states.

Mrs May warned the threat from Islamic state was moving "from the battlefield to the internet" as she led sessions on counter-terrorism in Taormina in Italy.

In the wake of the Manchester bombing the PM and her counterparts agreed a series of measures to step up the fight against terror and backed her call for more pressure to be put on internet companies such as Google, Facebook and Twitter to target extremist content.

But she was forced to defend her record on tackling violent extremism in the face of police cuts and the failure to stop jihadi fighters returning to Britain.

Mrs May described the G7 joint statement as "a significant step forward", and said she wanted to see terrorist material taken down "more urgently and more rapidly than it is at the moment".

She added: "It is also the case that I think it's important that companies recognise their social responsibility and do report matters that they become aware of to the authorities.

"We need to work together to fight against the evil of terrorism. And nobody can be in any doubt, after what we saw in Manchester, of just how evil those terrorists are."

However, she denied cutting police numbers by 20,000 had made it necessary to put troops on to the streets in the wake of the atrocity.

She told a press conference at the summit: "The plan to ensure that there was military support available to the police is a well-prepared plan, it's one that was developed a while ago.

'It was done so that at a time when we got to 'critical' in our threat level - which of course is determined independently by the Joint Terrorism Analysis Centre - extra support could be made available. And that is exactly what has happened."

Mrs May was also asked by Sky News if she had "dropped the ball" as home secretary, given figures that showed 400 foreign fighters had returned to the UK since 2014.

The PM said: "It is the case that we believe a number of foreign fighters who went to Syria have returned to the UK.

"We actually took some extra powers in legislation when I was home secretary to manage the return of individuals, and those are looked at on a case-by-case basis.

"Over the last six to seven years, I excluded more hate preachers from the United Kingdom than any home secretary has ever done before. We did not hesitate to act in protecting our national security."

Last night’s televised “Battle for No. 10” proved a cataclysmic disaster for the Tories. Before the debate even ended #TheresaMayGIFS was a trending hashtag on Twitter, representing her perceived failure in animated form. But this hasn’t stopped the establishment trying to rewrite history to turn defeat into victory 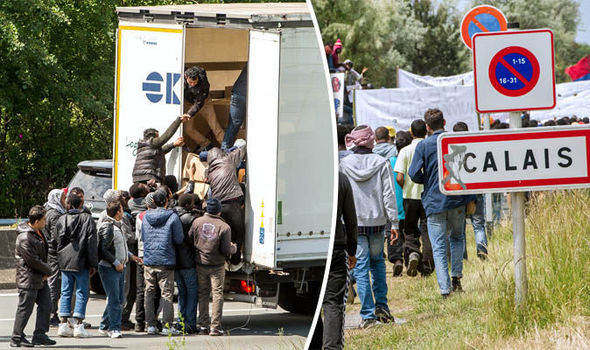 A NEW wave of violence will erupt in Calais this summer as thousands of migrants try to sneak into Britain, a French official warned last night. 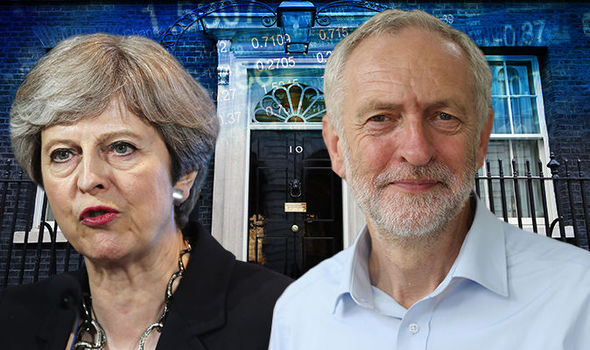 THE Conservatives will lose their outright majority clinched by David Cameron in 2015 in the upcoming June 8 election, a YouGov projection has claimed.

The calamitous news for Theresa May comes from the first seat by seat projection for the campaign, and suggests the Conservatives will fall 16 seats short of an overall majority.

The YouGov prediction would leave Theresa May with 310 MPs – 20 fewer than at the time of dissolution of the last Parliament – while Labour are set to surge from 229 to 257 MPs on June 8 election, a gain of 28 seats in the Commons. 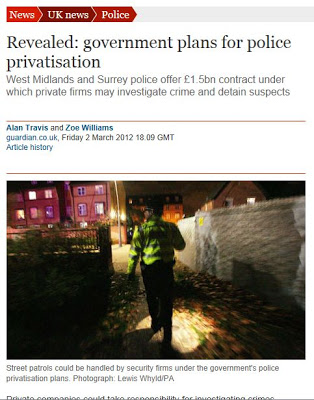 Private companies could take responsibility for investigating crimes, patrolling neighbourhoods and even detaining suspects under a radical privatisation plan being put forward by two of the largest police forces in the country.

West Midlands and Surrey have invited bids from G4S and other major security companies on behalf of all forces across England and Wales to take over the delivery of a wide range of services previously carried out by the police.

The contract is the largest on police privatisation so far, with a potential value of £1.5bn over seven years, rising to a possible £3.5bn depending on how many other forces get involved.

This scale dwarfs the recent £200m contract between Lincolnshire police and G4S, under which half the force's civilian staff are to join the private security company, which will also build and run a police station for the first time.

Is this going to be the next stage in 'identity politics"? The normalisation of this perversion.

Paedophilia a 'sexual orientation - like being straight or gay'

A paedophile has the 'same ingrained attraction that a heterosexual female may feel towards a male', psychologist says

The UK’s ‘Big Brother’ culture of surveillance and suspicion in combatting terrorism is “inherently flawed” and could be promoting extremism rather than combatting it, a UN report has found.

The report, which was drawn up before the May 22 suicide bombing in Manchester that killed 22 people, is highly critical of many policies overseen by Prime Minister Theresa May in her prior role as home secretary.

It comes just 10 days before a general election that polls say May could win with a narrow majority.

The report, written by Maina Kiai, who was the UN’s Special Rapporteur on freedom of peaceful assembly until last month, slammed the government’s ‘Prevent’ strategy, which aims to safeguard vulnerable individuals who are at risk of radicalization.

The strategy relies on intelligence coming from community leaders and schools.

“Overall, it appears that Prevent is having the opposite of its intended effect: by dividing, stigmatizing and alienating segments of the population. Prevent could end up promoting extremism, rather than countering it,” the UN report says.

The report also criticized Britain’s Investigatory Powers Act, introduced last year, as “intrusive … bound to have a detrimental impact on the legitimate activities carried out by civil society and political activists.”

“The specter of ‘Big Brother’ is so large, in fact, that some families are reportedly afraid of even discussing the negative effects of terrorism in their own homes, fearing that their children would talk about it at school and have their intentions misconstrued.”

The report also warns of an “alarming” shift towards criminalization of peaceful protest and free expression in the UK. It says British society is a “national treasure” at risk from police tactics, anti-terrorism legislation and curbs on charities and trade unions.

Kiai wrote that he had information that the police may have used “International Mobile Subscriber Identity Catchers” to gather intelligence from protesters’ phones during peaceful protests in Birmingham, London, Leicester and in Wales last year, which he said was a violation to their privacy.

The report, to be debated at the UN Human Rights Council next month, follows a critical report on British policing that Kiai wrote in 2013.

MI5 formally launched an internal investigation on Monday to review whether it should have paid more attention to warnings about the behavior of Salman Abedi, the Manchester suicide bomber.

Security services had identified Abedi as a possible radical, but did not have him under surveillance, a source told Reuters.

Around 23,000 jihadist extremists currently living in the UK have been identified by intelligence services as potential terrorists, the Times reports, citing government officials. About 3,000 of those are under investigation as possible threats.

“The huge scale” of the terrorist threat in Britain has been revealed in the wake of the Manchester bombing, the Timesreported on Saturday, saying the number was disclosed by unnamed Whitehall sources

Although the FBI was one of many groups that warned the UK about the Manchester attacker, MI5 “closed” its file on him, meaning the security organization deemed that he did not pose a significant threat. British authorities are scrambling to arrest anyone who was a part of last week’s bombing. RT's Anastasia Churkina has the details of the ongoing investigation